The latest entry in the Ys series, Ys VIII: Lacrimosa of Dana has finally arrived to the U.S. and Europe. Players will once again take the role of Adol in an entirely new adventure. Shipwrecked on a strange cursed island, Adol and the crew of the Lombardia must find a means to escape. On the way, they’ll get caught up in a grand adventure centered around the mysterious events of the island’s curse. The game features an action-packed battle system and responsive controls typical of Falcom games, but unlike past entries Ys VIII puts a stronger focus on its characters and story.

Ys VIII begins with Adol and his friend Dogi traveling on the ship Lombardia. As the ship sails by the cursed Isle of Seiren, it is attacked by a sea creature and destroyed. Adol and the passengers wash up on the shore of the island, setting off the adventure. The first part of the game takes the form of a casual adventure and is focused on searching for other survivors on the island and building a village to survive. This part is well-paced, allowing players to explore more and more of the island and breaking up exploration with meeting new and interesting characters who take up different posts in the village. Exploration is very reminiscent of a Metroidvania design, with players learning abilities and finding items that progressively unlock new areas and enable backtracking through previously visited ones to find newly accessible paths. It also borrows and improves on map exploration tracking, rewarding players for exploration in many ways, and tracking not only map progress but also treasures found, items harvested, and landmarks located. This makes exploration of the island’s non-linear layout a treat of light-hearted fun.

The story during the first phase of the game is interspersed with interesting dream scenes leading up to the second phase of the game. Eventually, Adol discovers the reason for these dreams and the plot takes a more serious, epic turn to focus on the curse of the island and the reasons behind the mysterious events that occur. The pacing here falters a bit, with long stretches of more linear exploration and battles without the plot making significant moves forward. It also becomes a bit over-the-top and sometimes too heavy in both strange plot developments and sappy character interactions common in JRPG stories. Nevertheless, the overall plot remains interesting, and the characters — though one dimensional — have enough variety between them to keep players engaged despite the lack of emotionally impactful moments. While the narrative is distinctly average, it is nevertheless the strongest in the entire Ys franchise. 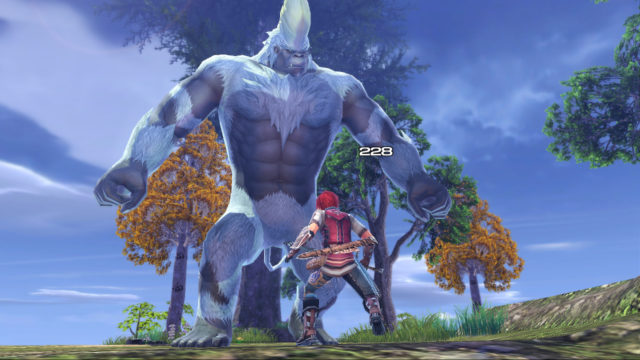 Sure, he looks intimidating, but if you can spam your abilities fast enough he’ll go down in no time.

As expected by fans of the series, Ys VIII’s combat shines. Three of several player characters can participate in the active battle party. The player can switch control between each of these three by pressing a button, with the remaining two being controlled by competent A.I. that is particularly effective in avoiding incoming damage. Along with standard attacks, characters learn abilities with a variety of speeds, attack ranges, and status effects. Up to four can be assigned to button combinations to execute. While they consume SP, it can be recovered quickly through dealing damage and killing enemies, allowing abilities to be executed repeatedly in quick succession. Players have a few ways to mitigate damage including a standard dodge, and, if timed to incoming attacks, a perfect dodge and perfect guard that grant temporary speed and attack bonuses respectively. Each character uses a distinctive style, with a unique combination of range, speed, and power. Each character also has one of three attack types, and can ‘break’ enemies weak to that attack type, rendering them incapacitated for a short while. The one downside to combat is the lack of interesting encounters, with most requiring no preparation and really nothing more than thoughtlessly spamming abilities and items — even if spamming abilities to annihilate enemies is very fun. The excellent combat system feels varied, responsive, and extremely fast-paced, and is sure to please Falcom fans and newcomers alike.

Outside of combat the game revolves around the aforementioned Metroidvania-like exploration, strengthening and defending the village from periodic attacks, and crafting or bartering for items. As players progress through the game, Interception and Suppression events become available, some of which are mandatory while most are optional. In Interception events, a set number of enemy waves assault the village, and players must protect the village and its defenses. In Suppression events, players set out to suppress enemy activities in different areas around the island, lighting torches, taking out monster nests, and eventually defeating the area boss to complete the event. Completing these events rewards items based on performance. Suppression and Interception events pack even more satisfying action than standard combat, requiring players to defeat enemies quickly and as flawlessly as possible to earn the best rewards. Players must also craft armor, weapons, and strengthen the town defenses using materials found while exploring. There is no game currency, and everything must either be made or bartered with a very barebones crafting system. This is a refreshingly interesting system, often forcing players to think how to best allocate the currently available materials, and feels deeper than a simple currency system. It also encourages exploration and backtracking, as at times it requires materials that can be found only in certain areas. The game also features side quests whose completion requirements are very explicit, and though they are timed, players are generally informed of the expiration time. Because side quests are kept to a manageable number, the system works well overall to provide brief breaks from the main story without drowning players in side quests. 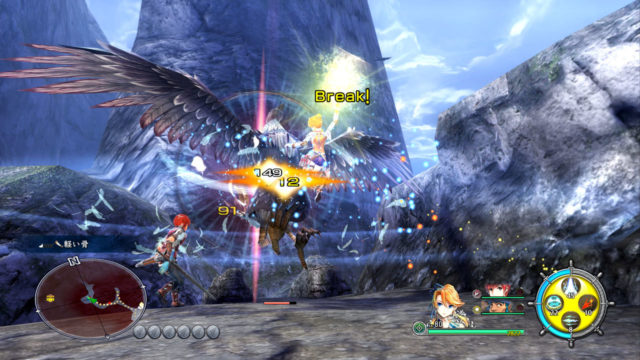 The graphics in Ys VIII are mixed. The overall aesthetic is simple and anime-like. This works well for character models with very interesting and aesthetically pleasing — if not technically impressive — designs. Environments, on the other hand, suffer quite a bit, often appearing too pristine — especially so for indoor areas. There is a notable lack of details to make environments look worn and immersive, and this is exacerbated by a lighting system and effects that are substandard for a PS4 title. Though it takes place on a single island, the game features a large variety of environments from grassy plains, to dark caves, and even to some underwater areas, and because of this succeeds in creating an immersive and visually interesting world despite lacking in technical quality. Ys VIII also features a high-energy soundtrack — with electric guitars and synth front and center — to match the frantic pace of its battle system. It’s a great complement to the game’s action and makes the constant barrage of flashy abilities interwoven with guards and dodges that much more satisfying. There’s also good track variety capturing the game’s equally varied settings, though, with a very notable exception in the beautiful title screen track, they don’t tend to stand out as much as the action tracks.

Ys VIII puts players back in the shoes of Adol as he sets off on his new adventure. It brings a first class, action-packed and responsive combat system Falcom fans expect, and keeps a high-energy pace throughout the adventure. It also surprises fans with an increased focus on story that pays off with a generally engaging narrative with great pacing, and a cast of simple but varied characters that will keep players interested. Though it doesn’t match the technical prowess of other games with a similar visual style, it nevertheless manages to create a highly immersive world and engaging exploration through a wide array of different and interesting environments, a strong soundtrack, and Metroidvania-inspired exploration. Backtracking throughout the Isle of Seiren to find new companions and uncover secret treasures and hidden paths is a pure delight, and one of the most satisfying exploration experiences in the modern JRPG landscape. It succeeds in keeping its identity as an Ys game to satisfy fans, while bringing many upgrades and modern touches to the table, and making the franchise more accessible, and a great entry for new players to get into the series. 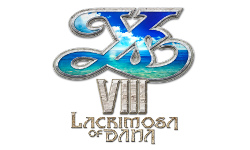