The last three months have mostly felt fulfilling. July and August were spent using the weekends to go on a variety of mini-trips across Ontario. From viewing the falls and the lift-locks in Fenelon Falls to visiting a butterfly conservatory in Cambridge, my weekends were packed exploring parts of my province given that many of the COVID restrictions have eased up somewhat. This month’s photo comes from a visit to a sunflower farm in Beaverton, where at the time the blooms were only around 50%, but the flowers were massive in size. My weekends were constantly full of adventures, something that clearly was lacking in 2020. Heck, I even finally got to visit Toronto again for the first time in over a year, where I spent time with some of my oldest and dearest friends. 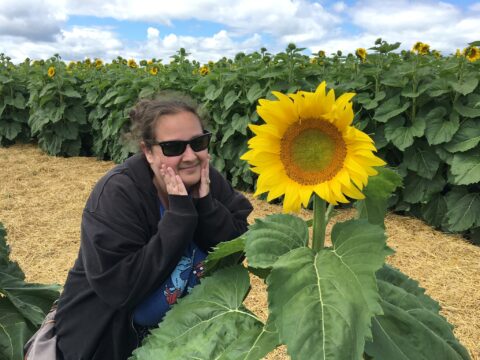 The only month I barely remember was September. September has been a massive blur as I’ve been at work for most of the month, covering vacation time and working five weekends in a row. It was exhausting, to say the least, though with October coming up, I should have plenty of gaming time. I have played some interesting games during the last three months, reviewed one that was questionable, and one that is my current Game of the Year. While I completed a fair chunk in July and August, September was nearly a bust, sans a replay of a comfort game to help me through the month-long stress. I also may have bought more games than I should have (though I have been, so far, keeping my goal of buying less overall). With thirty-three completed games, it meant in terms of my challenge that I was allowed to buy two new games, which ended up being Chicory: A Colorful Tale and The Great Ace Attorney Chronicles. However, a few sales and visits to the retro store happened, so I also added Golden Sun: The Lost Age, Prey, Life is Strange: True Colors, Atelier Lulua, Tales of Arise, and A Little Hope into my backlog. I have a ten-day vacation coming up at the end of October, and Extra Life is in November, so I feel like I may be able to make some backlog progress soon! Also, if you like my work, consider donating to my Extra Life campaign! I’d really love to hit my goal for SickKids Hospital.

As for what I reviewed for RPGamer in the last three months, I played through Chicory: A Colorful Tale, which is my current Game of the Year, and WitchSpring3 Re:Fine: The Story of Eirudy, which is one of the worst games I’ve played this year. I have a few more review games coming up, so you’ll definitely see some content from me in the coming months. 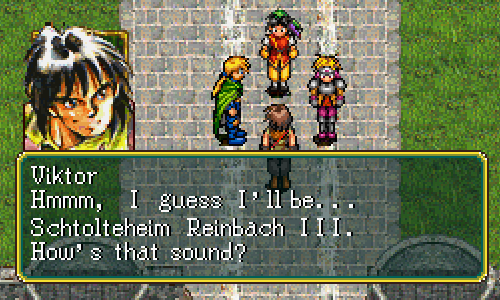 Ys VIII: Lacrimosa of Dana (PS4) – Ys is a series I’ve struggled to get into. I disliked Oath in Felghana, and Memories of Celceta is a game I was enjoying but honestly kept forgetting to go back to. Lacrimosa of Dana hooked me instantly with its fast and furious combat, the ability to swap between characters on the fly, and the vast exploration that came from navigating the cursed Isle of Seiren. I loved the Dana portions of the game and she was easily my favourite character to control; I loved the element of searching for all the castaways, and the story beats were incredibly solid. However, I will say the raids in Lacrimosa of Dana were my least favourite parts of the game and I honestly found them pretty unnecessary. Overall, I really loved this game and am looking forward to trying other games in the series! Also, how do you not love the idea of Dogi punching a dinosaur? He’s the coolest!

Golden Sun (GBA) – My main focus during #JRPGJuly was working through Golden Sun. The only GBA RPG I ever finished was DemiKids, and I hated it. Golden Sun had such a reputation preceding it that I was a bit nervous that I wouldn’t enjoy it. I loved this game, though I admit, I was starting to feel burnout towards the end. It’s definitely a game where getting every single djinn can make the experience easier, but there are also a lot of puzzles and trickery that can sometimes be a bit frustrating. I almost gave up towards the end, and many friends kept telling me to just suck it up, go back, and get all the missing djinn. Sure enough, it made a huge difference when I got to the final bosses. The characters and the story are so charming and wonderful; it’s a true shame that Nintendo seems to keep forgetting that this series exists. Given how much I enjoyed the game, I managed to snag the sequel at my local retro story for a good price, and I am looking forward to checking that out soon.

Suikoden (PS Vita) – Last year, I replayed Suikoden II, one of my favourite RPGs. This year I decided to replay the first game, which I completed in about twenty hours. This game is pure JRPG comfort food, and given how stressful September was, with me struggling to focus on newer games, Suikoden seemed to call my name and remind me of a better and simpler time. There are just so many iconic moments in this game, and some of the sillier elements, like naming yourself Schtolteheim Reinbach IV while doing an infiltration mission, are still just as funny as ever. I have played Suikoden and Suikoden II easily over ten times each, but never really bothered to replay III, IV, or V. I like those games just fine, but they never seem to call me. That is not to say they are bad games, it’s just that my emotional attachment to the first two games is so important to me, as so many people in my life all came together because of them. It’s easily one of the best decisions I made this year but is it a backlog title? I’m still counting it. 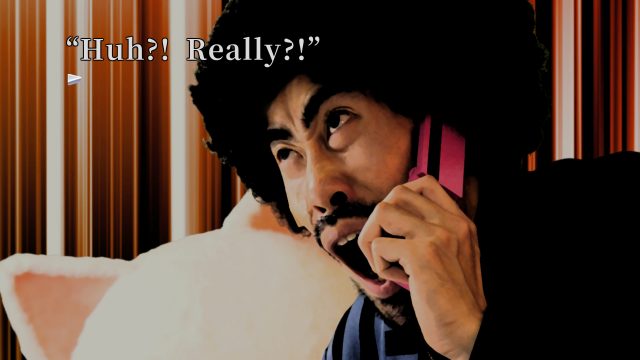 With thirty-three completed games at this point, I definitely played my fair share of non-RPGs in the last three months. I played through a Square Enix hidden-object game called Season of Mystery The Cherry Blossom Murders, which I enjoyed for its simplicity. I also played World’s End Club for our Adventure Corner, which I did not like at all. It was so promising, but such a boring experience. My favourite non-RPG I played in the last few months was easily 428 Shibuya Scramble, which I got as a gift a few years back and I should have listened to Alex and Joshua sooner on this one. This game is so funny, it’s completely outside of the box, though admittedly it felt strange playing a game about a pandemic while being in a pandemic. I loved the way the main story twisted and turned; there were so many unpredictable elements and just when I thought I knew where the story was going, it’d flip the script and become something I didn’t see coming. There is no greater joy than playing a visual novel where so many elements are unpredictable yet work well together. It’s usually fairly easy to predict most visual novels, but this game constantly grew and changed, which made me excited to see where story beats would go. If you’ve never played 428 Shibuya Scramble, get ready for a long, twisted story that will keep you guessing from start to finish. 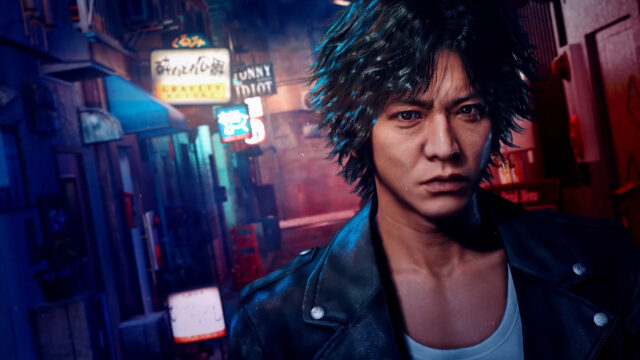 I have started too many things, but am also supposed to be reviewing a few things for the site. I’m working through both Kitaria Fables, which I am liking a lot, but that task had to take a small back seat to Lost Judgment, which has been my most anticipated game all year. I’ve heard some mixed things about it, but at this point, I’m only on chapter 6, and the story is definitely building to something interesting. I’m not sure I like some of the new elements in the game such as parkour or skateboarding; I find these are mostly clunky, but I don’t think they are game-breaking either. I’m curious about how Yagami is going to solve this case, and I expect it to take some interesting turns. As for Kitaria Fables, I am enjoying its simplicity, but I do think it’s crazy how much you have to grind for materials in this game. Anytime you want to craft an item, it seems like you need to have a stupid amount to make something. So a lot of the game has been me grinding for better gear so I don’t get my butt handed to me in harder areas. We will see how I feel as I make more progress.

I also started Prey and Persona 5: Strikers, two games I definitely want to go back to. Honestly, I’d like to finish a bunch of the 2021 releases I’ve received before the end of this year because, all of a sudden, there has been such a downpour of new releases — I feel so overwhelmed because I want to play them all at once — but I also want to play older games. Here’s hoping I make some good progress in the winter months, given the colder weather and the cozy vibes I’m working towards. I’m seriously ready for some days off that involve a teapot, a warm blanket, and some video games.