In this edition of the column, we take a look at Too Kyo Games’ puzzle adventure title World’s End Club on Nintendo Switch.

What if you saw the world end right before your eyes on a class field trip? World’s End Club — developed by Too Kyo Games, produced by IzaganiGames, and published in North America and Europe by NIS America — asks this very simple question, and takes gamers through a story of courage and friendship, while also taking tropes involving murder games and cults and making something new with it. While World’s End Club has an adorable cast of characters and some interesting story beats, the game has too many shortcomings to be an enjoyable and fulfilling experience.

Players are introduced to the Go-Getter’s Club, a group of young children who were traveling on a field trip from Tokyo to Kamakura. Unfortunately, along the way, a meteor hits the earth. A year later, the students wake up, having survived and been placed in cryogenic tubes in an amusement park. Here they are brainwashed and forced to play the Game of Fate by an insane mascot, Pielope. However, the Game of Fate fails and the participants soon learn it has been canceled by the mastermind, and they are free to explore the end of the world at their leisure. The Go-Getter’s Club decides that they must return to Tokyo in hopes of finding any survivors. The problem? They’ll have to make the long trek from Kagoshima, where the underground amusement park is, to Tokyo by foot.

World’s End Club has an interesting twist on the murder game genre in that it’s only a mere setup. The story focuses on each member of the Go-Getter’s Club as they try to navigate this new world in front of them. Each of the characters has a specific archetype in their personality, from Kansai, the hot-headed baseball player whose sole focus is to win and be a leader, to Tattsun the otaku, whose secret passion is to marry Electo-Ranger Pink. Each of the characters has a unique trait about them, though given how many characters there are, it’s all surface-level fluff. 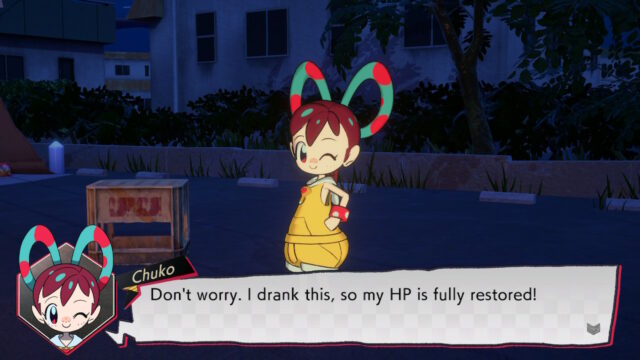 Players are presented with three main elements to the game. First are the Story stages, which have two choices that can advance the main story. Second, are the Camp stages that allow the player to get to know the game’s cast of characters and why they back a specific decision. Last but not least, are the Act stages, which is where the game goes wrong.

While the story provides many interesting twists and turns, the gameplay does not. During each Act stage, the player is given a select group of kids from the Go-Getter’s Club to use to solve puzzles. Each member has their own Buddy Skill, which allows them to use a special skill to work through the stage. However, at no point can you swap between members to solve the puzzles.

There is no flexibility in how puzzles can be solved, and the game will outright punish players with a game over if they even attempt to experiment with possible alternative solutions. What’s worse is the fact that solving puzzles is very touch-and-go, often without a very good explanation for what the player even needs to do. Game overs are frequent when learning a new character’s power up because even though the ability is explained, the game doesn’t offer good clues for how it wants it to used. 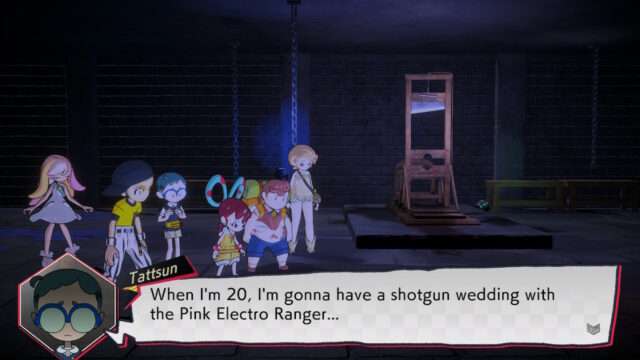 Tattsun, your priorities before death are a bit questionable.

Honestly, the Act stages are not fun at all. Either they are frustrating due to a lack of explanation or boring and repetitive to work through because there’s not much happening in them. Most of the puzzles require players to push around boxes, while stealth sections are often fraught with stiff controls, making it difficult to move around without getting caught. Monsters can chase characters, but activating Buddy Skills in the precise moment can be a real challenge when the controls don’t work properly. Though puzzles have exacting solutions, World’s End Club offers multiple paths for story progression, though a chunk of them are dead ends, offering nothing of value for the player in terms of story. A lot of the choices don’t have any meaningful impact and don’t provide any enticement to go back and try the other route.

For the most part, when World’s End Club was telling me its story, I was having a great time. While there are odd holes in the plot, it’s hard to deny how delightful the game’s cast of characters are and how much you want to see them succeed in both supporting each other and finding their way back home. However, whenever I was forced to participate in the gameplay portions, I found the game frustrating and flawed throughout. At no point in any of the puzzle sections did I feel like I was having any fun, nor did I feel like these sections added to the story in any meaningful way. If I’m being frank, the gameplay sections were bloated and a waste of my time. While I appreciate Too Kyo Games’ experimenting with gameplay in a visual novel, the execution leaves a lot to be desired, and it drags down an otherwise interesting premise.