We Got Some Work to Do Now

I’m always happy to see new RPG IPs emerge, and Tokyo Twilight Ghost Hunters is one of the more intriguing, if similarly niche, ones to come in recent times. Developed by Toybox Games with the initial publishing done by Arc System Works, the game has been brought over courtesy of Aksys Games’ localisation. While Toybox’s previous title, Hometown Story, is generally considered a rather poor effort, Tokyo Twilight Ghost Hunters is an immeasurably more interesting and worthwhile product. There are a number of areas of minor annoyance, but the overall charm and intrigue of the game relegates their impact and makes the game a highly enjoyable experience.

Players take on the role a new third-year transfer student at Kurenai Academy. He is quickly introduced to the two other main characters: Masamune Shiga, a top student who is wheelchair-bound and works part time at an occult publisher called Gate Keepers, and Sayuri Mifune, a fairly reserved girl who has the ability to see ghosts. While being given a tour of the school by Sayuri, the player character stumbles across a supernatural incident on the school roof. Shiga then turns up and reveals that Gate Keepers has another purpose: exorcising harmful ghosts. After helping Shiga vanquish the ghost, the player character and Sayuri are recruited into Gate Keepers by the company’s money-loving CEO, Chizuru Fukurai.

Tokyo Twilight Ghost Hunters is structured as a thirteen-episode anime series with each episode even punctuated by opening and closing credit sequences. Each chapter is a fairly short, and for the most part has a self-contained story that helps build up the cast before the final arc. The format of the episodes themselves follows a standard structure. A visual novel section sets up the exorcism request or situation, and gives the team a chance to investigate the circumstances behind it. This is followed up by the actual exorcism, which takes the form a strategic turn-based battle, before the whole event is nicely wrapped up in a short epilogue. The episodic structure is a really neat idea, and works really well within the game and its overall story, defining almost perfectly-sized play sessions on its own. 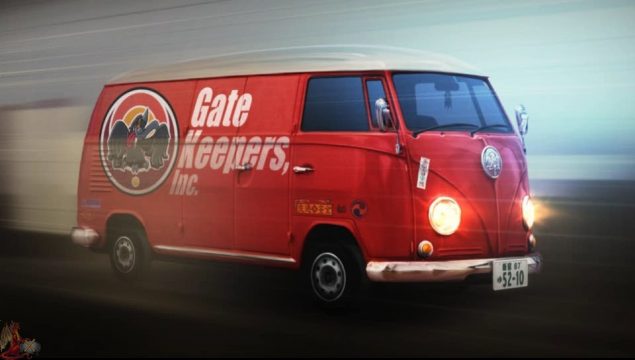 Totally not the Mystery Machine.

The visual novel sections feature a unique way for players to react to situations and prompts. Players select one of five emotions and then combine it with one of the five senses to indicate how they wish to react. For example, when presented with the slimy green goo left by a ghost on a wall socket, my character went and curiously investigated its taste (fortunately not lethal). It appears a little bit obtuse at first, but it doesn’t take long at all to get the hang of and is a lot more interesting than simply selecting from a list of potential responses, though those also exist in those situations where a straightforward choice is presented. Despite being much shorter and to the point than one would usually expect from a visual novel hybrid, these sections are a highlight, with a very good localisation from Aksys Games allowing the likeable cast to showcase their personalities and build upon the interesting occult rules of the world. There are some plot elements that are not fully answered, perhaps with a mind to exploring them further should the game warrant a follow-up, but the game wraps up its overall story quite nicely.

The originality continues with Tokyo Twilight Ghost Hunters‘ battle system. Each battle gives the party of up to four the objective of vanquishing a particular ghost. When that ghost is defeated, the mission is cleared, but there may be up to three other ghosts also causing havoc that players can take out. Prior to battle players have the option to set up tools including various detection devices, lures, and traps in the battle’s location. Ghosts that begin their turns outside of the range of detection devices, either worn by the party or placed down beforehand, are invisible to the party, so the player’s first task is often to actually find the ghost. For those that begin the turn within detector range, the game shows the areas where it could potentially move. Luck comes into things a bit, but the player is able to greatly help their chances of landing a hit by strategically positioning their characters and covering off as much of this potential area as possible. Each party member has a number of action points per turn, with every move (including turning) using up one point, and any further action requiring one or more of what remains after movement.

Admittedly, the game isn’t brilliant at easing players into the intricacies of the battle system, with its tutorial just providing the basic controls. However, it’s not too hard to get a grip on how things work after a short time experimenting, and there is a rewarding feeling in doing so. Battles feature a time limit that counts down at a rate of one minute per turn. This can be a bit tricky in some battles, particularly if players manage to get stuck trying to find the target ghost, but generally doesn’t provide much of a problem if players place their detectors wisely and don’t get suckered into spending too long trying to take out other ghosts first. One thing players cannot afford to do, however, is attack indiscriminately if they don’t know where a ghost is. A budget is provided for each battle, with deductions made for any equipment and traps that are used. Deductions are also made for compensation should anything within the location be destroyed as a result of attacks taken when the ghost is not in range, so it’s good to establish that there is a ghost nearby to hit first. Attacking without due cause can quite easily result in the party actually making a loss on the exorcism.

Outside of the story battles, of which there is one per episode, there is an unlimited supply of randomly-generated exorcisms for players to take on. These are one of the game’s primary options for growing characters outside of the main story battles, and it is advised to put a bit of time into doing from around the midway point. Finding how to access these highlights one area the game isn’t brilliant at: providing a clear UI. The game’s controls also take a little getting used to, quite heavily using the shoulder buttons and giving the feeling of being more ideally suited to work with the Vita than PlayStation 3. Another optional way to grow characters comes from an in-world board game, which can be played with party members. This plays out as a tabletop adaptation of the game’s battle system and is an interesting little diversion every now and then, but not quite as engaging or rewarding as the actual battles. 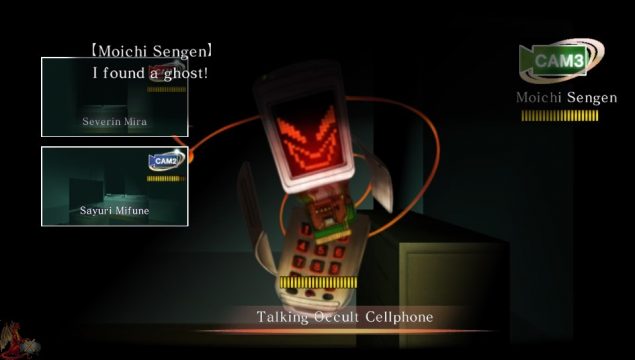 Here, I got you a new phone.

Control is given over to how the player character levels up, giving players a number of points to assign to various attributes, but all other characters are auto-levelled. A standard equipment system is joined up to a basic crafting system, giving players further options to help prepare for exorcisms, but again the UI is less streamlined than it could’ve been for these aspects and there’s never really an abundance of equipment options. Despite these gameplay issues, in the end they only feel like minor annoyances, which is at least partly thanks to the battles’ comparatively small scale and short length. Combat remains a lot of fun throughout, making good use of logical thinking and strategy. There are challenging battles, but never so much that the perfect strategy and planning feels required and failure never eats up too much time and effort.

Much like the controls, the graphics feel more suited to Sony’s handheld than on the big screen. The game make use of animated character portraits for its visual novel sections, often accompanied by many backgrounds that give the appearance of real-world photos and with a few short CG animations thrown in. There’s nothing too special here, but the visuals work well within the game’s themes and the character movements look more natural than many other RPGs that have used similar ideas. Battles are quite neatly handled, with the tactical portion playing out on the UI of the characters’ own tactical Ouija Pad devices. However when attacks are made, the game instead transitions to a 3D first-person view of the area for the relevant party member. The level of detail isn’t overly impressive and the locales themselves are often generic, but the dark lighting and the downright creepy, highly varied designs of the ghosts give the battles a good atmosphere.

Even though the Japanese-only voice acting gets credited in each episode’s end credits, its role is highly limited to infrequent generic words and phrases, plus battle reactions. Aside from the songs that play during the credits, the soundtrack is the work of three-piece rock band The Key Project. The tracks are varied enough so as things don’t get repetitive and they fit well within the visual theme of the game. The game’s sound effects, however, can get repetitive as each ghost only appears to have a singular entry that will come up every time it appears in the 3D battle visuals.

Going off the pre-release reaction to mentions of the title, Tokyo Twilight Ghost Hunters has not been on the radar of many RPGamers out there. However, this is a game that will have great appeal to those who appreciate a decent, unimposing visual-novel style story and enjoy seeing new takes on tactical gameplay. Those looking for a series of entertaining tales and a different type of strategy to that commonly seen in RPGs will do well to check the game out. 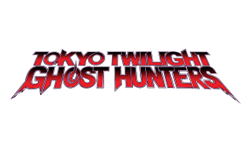