Imagine being awoken one morning by a buzzing in your ear.  “Wake up!”, it insists, “You’ve been chosen to save the world!” No, this isn’t Link snoozing in a bed, it’s a humble citizen of the world of Ditto, chosen to take on a momentous task of saving the world.  The Swords of Ditto: Mormo’s Curse is a 2D Zelda-like with everything a player could ask for in a Zelda game. There is plenty to see and do, witty dialogue, interesting items to use, puzzles to conquer, and flexible exploration.

Mormo’s Curse completely changes the gameplay flow from the original The Swords of Ditto, so even players of the original game may find reason to return.  As the Sword of Ditto, tasked with defeating Mormo, the hapless hero will need not only their wits, but the Legendary Toys (a playful riff off the more traditional Zelda tools) to overcome obstacles and puzzling dungeons.  As a society built around play and fun, the Sword wields unusual weapons like a vinyl record, golf club, and laser pointer ring, players must navigate a world that changes as each generation passes in turn.  Defeat Mormo and retire a hero, launching the world into 100 years of peace; fail in the task and Mormo will curse the land for the same 100 years.

To fully finish the game, five generations must successfully fell Mormo, which is the one conspicuous drawback of the game: the repetition can wear a little by the end, and the game may have been better served by having only three required runs with optional additional descendants past that.  However, even if the game may become a little long in the tooth, the fun story, bright and colourful graphics, and engaging gameplay carry it along just fine.  Each generation has a map that is randomly generated with mini-dungeons, treasure troves, and enemies galore to defeat, with a target level recommended by the game to defeat Mormo, though it isn’t necessary to reach this in every playthrough. 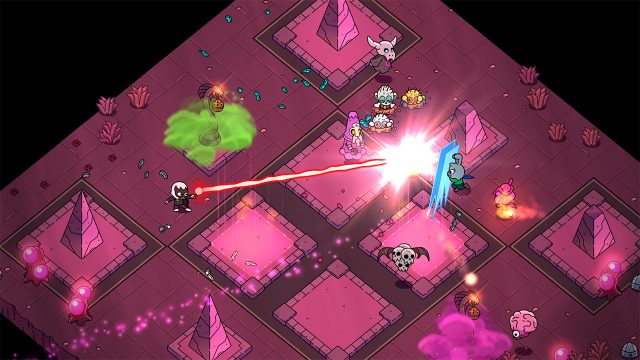 As the Sword gains experience, different types of attacks are unlocked, as well as more sticker slots, which serve as equipment and bolsters everything from attack to defence, elemental attacks and defences, plus more specialized stats like luck and drop rate.  No matter what, the world will always include five major dungeons: two containing Legendary Toys, two Legendary Toy Challenges which weaken Mormo once defeated, as well as Mormo’s Tower.  Every map is also filled with little secrets: holes to fall down, tiny shops to explore, penguins to capture, and much more, giving the player good reason to thoroughly explore Ditto before moving on.  Players will also find numerous Kazoo Bus stops in their wandering, and once activated these can be traveled to at any time, though changing zones can sometimes have excessively long load times.

As each consecutive Sword rises to the challenge, their predecessor may leave them various boons including stickers, Toys and other tools, and gold, meaning even if a Sword fails future generations benefit from their experience and gathering, a great addition to the gameplay as each generation has progressively greater impact upon Ditto.  Also retired from the original game is permadeath; falling during regular gameplay results in a time of recovery at home and the loss of some resources.  This is a drastic improvement from the original game, which was far more punishing. However, for those seeking a challenge, a difficult Hero mode remains available.  Also new are Badges, which dictate certain boons the next generation will receive.

As each new generation challenges Mormo and her tricksy ways, players choose a badge that dictates the form they will take.  For example, choosing The Quiet Badge births a Sword that looks like a mouse and has bonuses while using the Super Sized Mech Suit Legendary Toy, innate poison damage when swinging their sword, and some poison resistance; choosing The Distant Badge and the Sword will be born as a human female, with bonuses while using the Legendary Toy Bow, innate fire attacks while swinging their sword and a bonus to their luck stat, increasing the chances of a critical hit.  These Badges, found scattered around the world in treasure chests, by talking to NPCs, and by defeating certain challenging monsters, level up slowly with experience and can be used in multiple generations.

Two types of currencies exist within the world of Ditto, gold and shards.  Gold is used in town to buy supplies, which includes supplies, Toys and stickers.  Shards are used at a trio of fountains scattered across the land and can buy Celestial Essence, a substance that revives the Sword if they happen to fall in battle.  Depending on which curse Mormo has placed on the land, they may also buy additional time for the player to explore.  Both types of currencies can be spent at shops peppered through the lands for miscellany, though which shops are available seems to vary from generation to generation.  Lastly, shards are used to pass down items, stickers, toys and miscellaneous items to future generations at the end of each run. 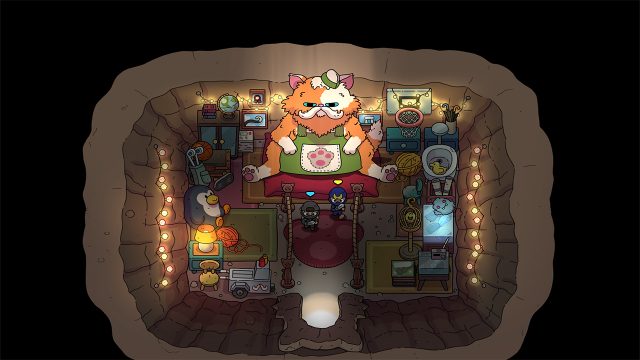 As each generation challenges her, Mormo will invoke a random curse, inserting twists to the base gameplay found in the first generation.  These include towers that spawn waves of monsters, a limited time to complete all tasks before facing Mormo herself, and the Nemesis, an invulnerable enemy that follows the hapless hero through both the overworld and dungeons. Most of these curses add some much-welcomed variety, but the Nemesis is a frustrating detriment to the flow of the game and makes completing many puzzles within dungeons unnecessarily difficult. Though it can be banished for a short amount of time, it may be better to simply fail the generation than to try to stick it out with the Nemesis trailing behind unceasingly. On the whole, though, the curses work with the new randomly generated maps each Sword gets to explore to help break up the repetition somewhat.

Conversely, the music and visuals both evoked many smiles during the 23 hours the game took to complete, though the length of the game will vary wildly depending on what difficulty a player chooses and what tasks they elect to complete.  Technically each generation need only plunder the two Legendary Toy dungeons; other exploration, dungeons, and even completing the Legendary Toy Challenges are entirely optional but provide the player important experience and weaken Mormo.  To buoy them along during the journey is a soundtrack that entertains with heavy kazoo influences, of all things. It’s easy to hum the catchy tracks even after putting the game down.

As a Nintendo Switch title, The Swords of Ditto hits the mark of being a game you can play for five minutes or five hours and feels right at home in handheld mode.  Aside from a mild fatigue from repetition near the end, occasional long load times between zones and the frustratingly designed Nemesis curse, everything about The Swords of Ditto: Mormo’s Curse comes together in one strongly designed package. 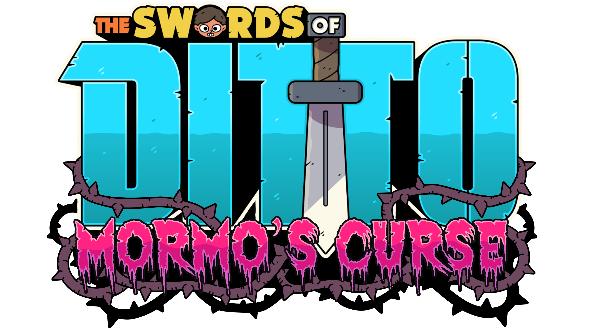