Up to My Knees in Giblets

The Incredible Adventures of Van Helsing seemingly snuck under a lot of people’s radars, despite being a highly enjoyable alternative to the bigger loot-based action RPGs out there, and it has now been joined by this second part of a planned trilogy. While it is more of the same with a touch of extra polish, for The Incredible Adventures of Van Helsing II that’s certainly not a bad thing. Plenty of enjoyment is to be found for old and new players alike, although there’s perhaps not as much new as some may expect, and there’s still little to keep players’ attention after the story campaign is done.

The overall story so far is pretty straightforward, which allows new players to jump in without missing too much following an introductory narration. Following the encounter with Professor Fulmigati in the previous game, Van Helsing awakens trapped under a piece of rubble after defeating the Professor’s load-bearing final creation. He is rescued by the mysterious, masked, and suspiciously gravely-voiced Prisoner Seven, who claims to be a former prisoner of Fulmigati and happy to offer his services for a chance at revenge against his captor’s associates. Upon leaving, Van Helsing learns of the return of Professor Fulmigati’s former ally, the previously-exiled General Harker, who in turn starts a campaign to crush Van Helsing and the resistance. In attempting to thwart General Harker’s forces, Van Helsing travels to numerous locations before ending up in a final showdown leading to a not-at-all-surprising cliff-hanger ending.

The plot is fairly light, maybe even more so than the original game. However, the developers are at least well aware of it and ensure that the focus goes toward making it an entertaining journey. While it plays everything pretty straight, the game never takes itself too seriously and manages to leave a sense that continuation of the adventures in the near future is a perfectly acceptable thing. The supporting cast of characters, though sadly missing Count Vlados from the previous entry, do a decent job of keeping things going. There’s still plenty of room for improvement, though, with a big disappointment coming from General Harker’s near total absence from the actual story, which leaves the actual sense of threat minor at best. 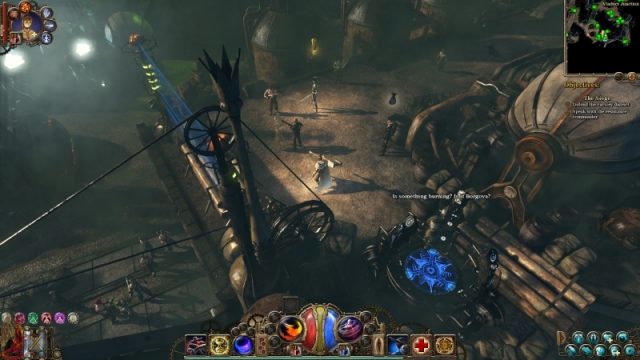 References to as many things as the developers could possibly cram in to the game can be found frequently, such as the Helsing signal and the corpse of a grey-robed wizard that couldn’t decide between using a staff or sword and tried wielding both. The humour behind these references are highly variable in of themselves, but they always provide the opportunity for Van Helsing or Lady Katarina to make another snarky comment, something the game does very well and is always a plus. The back and forth between Van Helsing and his ghostly companion was a definite highlight of the previous game, and remains so here.

Combat also stays very similar to the first game, which isn’t at all a problem as it remains just as action-packed and enjoyable. There’s a number of varied classes for players to use, such as the firearm-wielding Gunslinger or magic-using Adeptus, upon the masses of enemies that frequently try to spot the one man (and ghost) army, which results in the kill count reaching the thousands within an hour or two. Despite primarily being swarms, the game manages to vary its encounters decently, and happily features a whole new array of opponents for Van Helsing to obliterate rather than recycling those from the first outing. Spatial awareness and moving around during combat are still necessary, as either environmental concerns or opponents’ powers will punish the lazy hunter.

Players have the option to either import a character from the previous game providing they reached level thirty, create a new Veteran character at the same level, or start with a level one character. While it seems the level one characters are appropriately balanced for the campaign, it’s advisable to start at level thirty either with an imported or new character due to the higher variety of class options and skills available at the outset. The UI is still decent enough but not perfect, being a bit confusing in some areas, but a lot of handy user-friendly options elsewhere help things along, such as automatically using HP potions or equipping new gear if it’s an upgrade. Skill trees and character progression are also well handled, allowing for a lot of build options even within the same class.

As with the first game, completion of a single story playthrough is achievable in less than fifteen hours, though Van Helsing II offers a touch more in the way of additional content. There are plenty of side-quests to encourage exploration of the once more excellently designed locations and the optional tower defence style sections make an enjoyable return. However, should players not wish to bother with these, they can now leave it in the hands of their lieutenants. These lieutenants can be sent on a number of missions which upon success provide decent loot. It’s nothing too strenuous or deep or get involved in, but a good way to break up some of the longer sections of monster-exploding. Players also get their own pet chimera to send on hunts, although this doesn’t work much differently to the lieutenant missions. 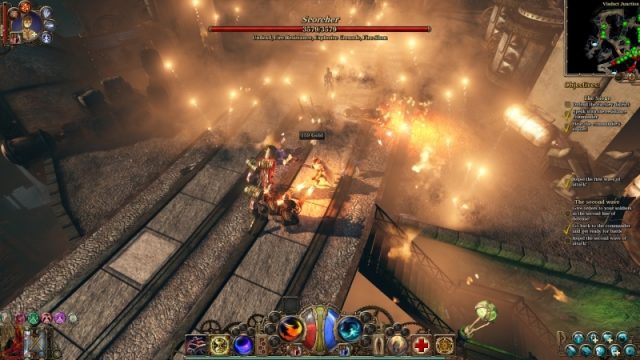 Post-game content is understandably the weakest area when trying to compare Van Helsing II with its more juggernaut competitors. Multiplayer is present, offering up to four-player co-op through the story or randomly-generated scenario campaigns, as well as a PvP battle royale option. More replayability is likely going to come from replaying the story on higher difficulty levels, or trying to get through it on the usual perma-death hardcore mode. Experienced players may wish to start on one of the higher levels from the outset, as the standard difficulty isn’t too challenging, and the cost of dying in the standard mode is non-existent to negligible.

Further polish has worked well with the visuals on a technical front; the game in general seems to run a fair bit smoother. It did struggle a bit when weather effects and a lot of AoE attacks from both sides conspired together, but tuning down the settings slightly solved it quickly without noticeable loss of visual quality. The organised chaos of combat is highly engaging, with nice, powerful animations on all the skills. The game’s steampunk setting is once again greatly executed, creating locations that are lots of fun to explore and find what may lurk in the various nooks and crannies. Sound-wise, the voice acting is suitably exaggerated for the setting and tone, and the excellent performance for Van Helsing and Lady Katarina make the most of the highly enjoyable conversations. While the music perhaps doesn’t provide anything too memorable or exciting, it blends nicely with the atmosphere and provides a good background to the action.

Those who enjoyed the first game will find much more of the same enjoyment in the second, and those angling for some more loot-based dungeoneering a bit fresher in terms of setting and story should find much to like here as well. There’s a slight disappointment that little was done in the core game to try and enhance things, and the overall scope isn’t going to compete in the stay-ability stakes with games like Diablo and Torchlight. However, for what it is, Van Helsing II provides another very fun way to spend some evenings reducing numerous monstrous creations to their component giblets. 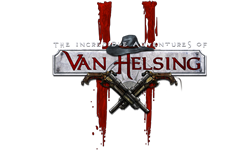