Someone Has to Do Dirty Jobs

The world of titles on Japanese mobile phones is a sizable one by now, and that’s the only place the origial Mercenaries Saga can be found to this day. Mercenaries Saga 2: Order of the Silver Eagle is a different story, and thanks to its low-key localization fans of tactical action have another title to attract interest. It’s certainly not the game with the best production values or pedigree, but for the price it nevertheless delivers something worth experiencing.

As in most tactical games, battle is where most time will be spent. Combat here is recognizably akin to numerous other tactical titles, encouraging the player to make use of weapon types and the environment to succeed. The available options are nothing revolutionary, but fighting remains entertaining throughout. Partly this is due to each battlefield feeling distinct, so that undue repetition is avoided. Another helpful factor is the many varieties of enemies that will be encountered, which also serves to keep things fresh. It also provides free battles that aren’t straight regurgitations of the combat already seen to make additional fighting less of a dull grind.

Something that suits the combat is the compact nature of Mercenaries Saga 2‘s battlefields. While not the size of those in Arc the Lad titles, where an encounter could end almost as quickly as in a non-tactical title, the environments are often small enough that the player can see all of the area without moving the viewing angle. The developers included smaller-than-standard move ranges for characters to account for the compact nature of the areas, though characters are eventually able to increase that statistic. Battles manage to stay interesting without wearing out their welcome for the most part. A couple of oddities such as not being able to see what abilities enemies possess, and the inability to use ranged attacks through tiles that are impassable but not blank voids of nothingness, are puzzling without ruining the experience. 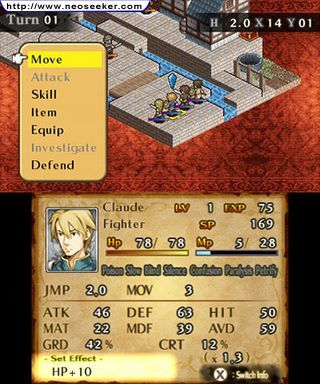 In an action movie, that command would be ‘Move move move go go go!’

The playable cast tops out at ten characters, and in most battles a maximum of six can be deployed. Even though certain cast members have similar functions, the available aptitudes and skills are not identical, giving each one a unique feel. Two separate class trees are available for each character, but choosing a job does not prevent the player from accessing another. Characters are never locked into a certain skill set, and once accessed the abilities of each and every job type unlocked previously remain usable without penalty. The game does annoyingly remove all equipment every time a job is changed, but the freedom to experiment with its cast is greatly appreciated.

Dealing with supplies and equipment is quick, though the shop menu lacks enough space to make clear what all the changes from whatever is currently in place will be when making purchases. Menus in general are ferociously adequate, being quick to move around within but without all the details one would desire. Gaining enough money to upgrade everyone’s kit can require several free battles, but this doesn’t take a great deal of time to accomplish.

Mercenaries Saga 2 depicts a group of soldiers sworn to defend a prince. Though the prince is saved from immediate death when assassins attack, a foul poison has been planted in his system. Obtaining a cure turns into a journey to multiple locations due to the rarity of the necessary ingredients, and even once successful the culprit behind this assassination attempt will not stay inactive. 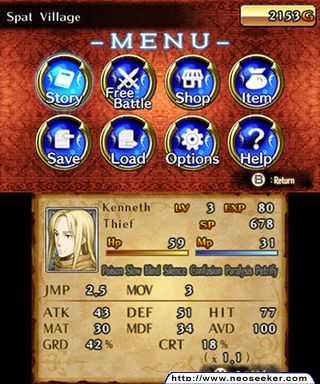 A place celebrating disagreements and shoe coverings – what a host of businesses it must hold.

The narrative moves along at a steady clip and contains several branching moments that make a sizable difference in how the game progresses. Otherwise it isn’t very impressive, featuring characters who don’t stand out and events that aren’t memorable. The localization is not particularly interesting either, which is a sizable factor in how uninvolving the proceedings become. While not something that will spark anger in the player, this tale is not the reason to experience the game.

Mercenaries Saga 2 looks very much like something that would have appeared on the Super Nintendo. Its sprites and environments do not stand out due to the fairly drab look with which they are constructed, though at least the visuals are not outright ugly. The audio is a long way from top-notch, showcasing a number of compositions that are too short and uninteresting. Hearing the annoying sound effects for menu confirmation wears out its welcome long before the twelve to fifteen hours necessary for completion, meaning that turning the volume down is a good idea.

This is not the type of tactical game likely to attract anyone who doesn’t normally like the style. It’s good enough to get some recognition though, and is certainly worth the effort to find on the eShop. I wasn’t blown away and can’t remember the names of any characters right now, but eagerly plowed through it when I had the chance because the combat was addictive. That’s more of a recommendation than many other games will ever get from me. 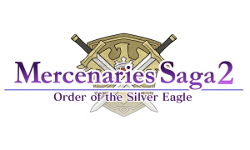