One game I remember fondly from my adolescence was Camelot’s Mario Golf on the Game Boy Color, a rare case of a game combining sports and RPGs. Not knowing much else about the Mario sports series at the time, I was disappointed to discover later that other games did not follow up on that idea. However, eighteen years later with Golf Story, indie studio Sidebar Games has at last created a game that harkens nicely back to the GBC title, adding plenty of its own touches as well.

Golf Story follows an amateur golfer taking one last impulsive shot at achieving his boyhood dream of becoming a pro. The lack of respect he receives, even when he starts showing his ability, quickly becomes a joke of its own and sets the overall humorous tone of the game. Simply to be able to play in the local tournaments, he needs to undertake various tasks that run the gamut from assisting the greenkeeper with his mole problem to defeating some undead minions, problems that can fortunately all be solved in some way by hitting golf balls.

The game is clearly never intended to be a narrative powerhouse, but the fun tone is very welcome and aided by its supporting cast, such as the sarcastic rival-stroke-ally Lana, Coach and his crush, and a good number of recurring characters — most going out of their way to further disrespect the hero. All of the various — generally very brief — event scenes work nicely in advancing things and bringing in plenty of entertaining moments to keep things fresh. 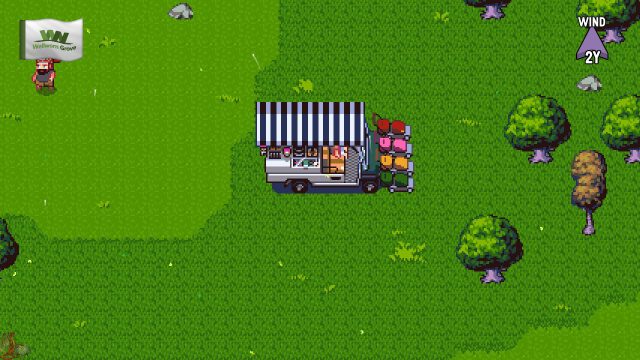 When it comes to the actual golf, Golf Story utilises the traditional three-click power bar seen in the vast majority of golf games. Wind, loft, draws, fades, and spin are all implemented nicely, giving players good control over the ball and allowing for some good trade-offs between risk and reward. Putting is arguably the weakest area as greens just have a single uniform slope rather than real-life undulations, though the trade-off in the level of control afforded over the approach play makes putting less utilised than more realistic games. Courses also come with some unique hazards, such as birds and moles that will move the ball if it lands near them (some helpfully, but most not). Standing alone, the golf gameplay is very strong and plenty enjoyable enough for players just to play some quick rounds on their own.

All the courses are only nine holes, but this feels like a good decision and ties in with the game’s otherwise quick pace, not letting players get bogged down in a grind of doing the same thing again and again. Throughout the game, players will be challenged to do (or can go and find) several different quick golfing challenges. Most of these involve hitting a golf ball into a certain area, but the different situations such as hitting out of tar or feeding the course’s crocodiles keep them fresh. There are also some other forms of golf, including disc golf and a mini-golf course, plus other secrets dotted around, though these mostly provide singular passing distractions than complete modes of their own.

On top of the quest system, further RPG elements come in the level up mechanics, with players able to upgrade their for stats for power governing accuracy, flight, and spin. Power can be considered the primary stat, and for every couple of upgrades power receives, the other stats will usually reduce, so most players will generally find the best option to simply boost power a couple of points, then use the remaining points to keep everything else around the optimal midpoint. Players will also be able to buy or otherwise attain some different clubs to equip, usually providing a distance boost or different flight options. 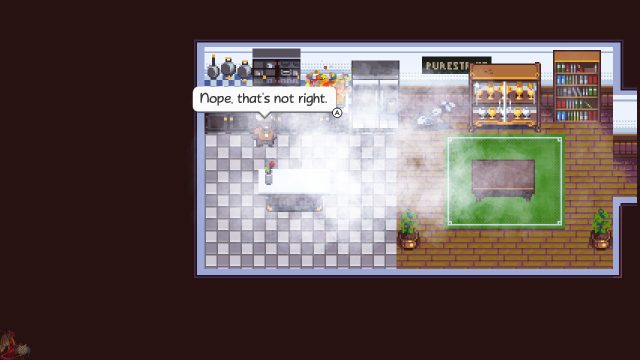 Coach did not win his appearance on MasterChef.

All in all, players can complete the game in under fifteen hours, including virtually all of the sidequests and attempting (though maybe not completing) all of the challenges dotted around. The one complaint that may be levied in the story mode is that the tournaments and match-play games — even those pair contests where the partner of the hero’s sole contribution is an atrocious tee shot — won’t be very challenging to those with passing experience in golf games; barring a substantial mistake, even recoveries from the deep rough aren’t difficult and hitting par on most holes is usually trivial and enough to lead to a distant victory.

Though they don’t stand out too much, the game’s sprite-based visuals work nicely and again do the job of providing that nostalgic feeling the game is trying to provide, but also do enough to mark out its own character. The colour palette is very pleasing and there are some good themed courses such as the spooky Oak Manor and snowy Coldwind Wastes. The same applies to the music, though a special note should be given to Golf Story‘s excellent sound effects, which are used in combination with plenty of vibrations. The game even seems to go as far as to use the Switch vibration functionality to generate one of its most distinct sound effects: the drooping text-box teardrop equivalent.

It should be noted that the game is quite buggy, though patches are being worked on. Multiple times I managed to get stuck in the environment and needed to quit out and reload, and the Galf mini-game (a take on the mid-1980s NES game Golf) has no way to quit it other than restarting Golf Story itself from the Switch home menu. Fortunately the auto-save means that virtually no progress is lost, but it’s annoying nonetheless.

Golf Story is an easy recommendation for all early Switch adopters out there. Very solid gameplay is well backed up by plenty of humour and a lot of nicely varied entertainment. Though it can be argued that the game doesn’t provide anything overly new in its implementation of the game, even those who aren’t fans of the sport will find lots of fun throughout. 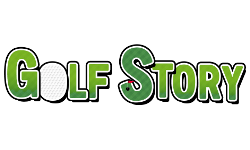