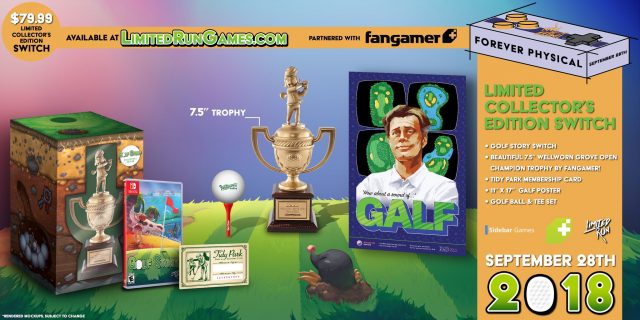 Limited Run Games also revealed that it is teaming with Spoony Bard Productions to produce a standalone NES version of GALF — a playable in-game game based on NES title Golf — on NES and Switch, the former of which will be released on a physical cart through a partnership with specialist cartridge producer Infinite NES Lives.

Golf Story was originally released digitally for Nintendo Switch in 2017. Those looking to read more about the game can check out RPGamer’s review.