RPGamer staff members attempting to review the first two games in the Agarest series did not meet with success, falling victim to tedious battles and hugely frustrating difficulty spikes. Fortunately Agarest: Generations of War 2, Record of Agarest War 2 in North America, makes some very welcome changes that help to alleviate these reviewer-breaking issues. However, while the enhancements see the game making a marked step-up from the previous entries, there is still a lot of work for the game to earn wider acceptance outside of the existing fan base.

Agarest 2‘s story is separate from that of the first two games, although seemingly sharing a fair bit of mythology. The defining generational system of the series returns, which sees the leading protagonist’s place taken by his offspring on a number of occasions, in this case twice. Initial protagonist Weiss starts the game off quite dramatically by killing the god Chaos after blaming him for a previous tragedy in his life. Unfortunately, this causes catastrophe to befall the world in the form of the complete destruction of one continent and various demons appearing elsewhere. Weiss, having lost his memories, is soon after tasked to make up for this deed by the self-proclaimed Agent of the Gods, Eva, to become the vessel for the rebirth of Chaos by killing the demons that inherited his essence.

One of the main areas Agarest 2 has improved from its predecessors is in the battle system, although it retains the high level of complexity. Less focus is given to the grid-based format of the first two games, instead focusing more on the turn-based aspect. The grid is still present, albeit split into one section for each side and freedom of movement is drastically cut. Instead, players select a leader in their four-person party, upon whose turn the available combatants will all move into the leader’s formation. Using formations is vital to success as those in formation receive a bonus and can contribute to the attacks of anyone else. 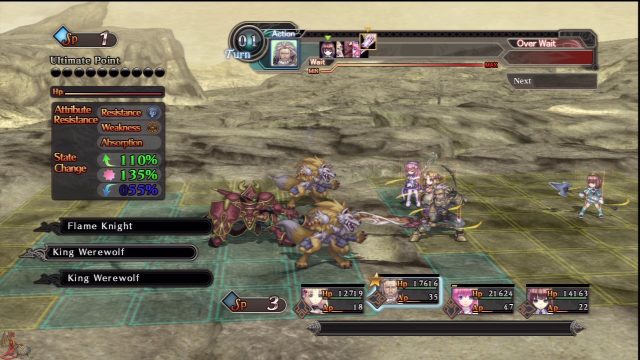 For each attack characters get a pool of action points shared between all those involved in the attack; the more involved, the more points available. Attacks are mapped to the face buttons, with the last directional button pressed selecting the user. Each face button corresponds to a different direction, with enemies weaker to certain directional attacks, as well as the usual elemental resistances and distinctions between physical and magical attacks. This is by no means the full extent of the battle system, however, with the confines of this review having nowhere near enough space to go into the additional buffs, defences, and multiple types of special skills. Despite this high level of complexity, battles are at least enjoyably quick and responsive for the most part (holding down the right trigger also greatly speeds up any animations), while watching the damage counter rise to impressively large numbers when fully unleashing a combo can be very satisfying.

Character growth retains the labyrinthine format with multifaceted systems for attribute gain, skills, and equipment. The sheer amount of options affecting the battle system result in a system of menus and upgrades that are overly complex and will take a good while to fully sort out each time players want to make a change, something that may grate on the higher difficulties where correctly using all the available growth and power options becomes a necessity for success. The game does retain a few steep difficulty spikes but thankfully not at the level of the previous games and is a lot more welcoming on the grinding front, even going so far as to include a new “Easy” difficulty.

Players trying to keep interested in the story aren’t helped by the lack of any real motivation for the vast majority of the game outside of a stated need to kill various nondescript demons appearing around the world. A large percentage of event scenes are also devoted to tangential concerns of mostly unimportant NPCs, when perhaps trying to get a more general sense of the world or story would’ve been preferable. A change to an explorable world map, although it is actually separate maps for each continent, does at least provide a bit of feeling to the world, even if it seems a bit sparse on the settlement front.

At the end of each generation, the player can choose who will produce that hero’s offspring, whereupon they are rewarded with some fanservice, how “willing” the fanservice is being dependent on the heroine’s opinion of the hero, before the game immediately leaps forward about twenty years to the new hero’s journeys. Despite these time-skips, it is a bit jarring when realisation sets in that the total number of returning characters aging between the generations can be counted on one hand. While this is justified in game by conveniently having most characters belong to long-lived races, it does downplay the generational aspect somewhat. In addition to the end-of-generation CG, the relationship levels also serve to affect both the stats of the next protagonist as well as being one of the requirements for the game’s true ending. Relationships can be increased slowly through using the character in battles or more quickly via a bathhouse mini-game and at the numerous points when the hero is given an opportunity to respond to events and conversations. The vast majority of these choices, however, have negligible effect on the plot and can sometimes appear rather arbitrary in which characters’ relationship levels are raised and lowered. The Agarest series is known for its high levels of fanservice and those looking for more will easily find it with the bathhouse mini-games and various CG events. 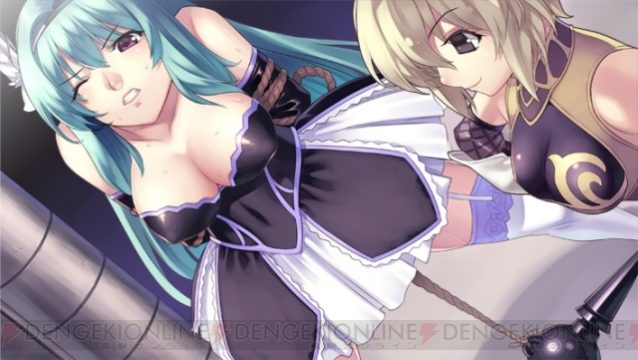 Graphically, the game is decent but nothing particularly special. The breathing animations and mouth movements of the character portraits add a nice subtle movement to the conversations, while the sprites have a fairly distinct style and have received a big upgrade since Zero. There is an issue with the disc version of the game, that is unconfirmed on whether or not it appears on the download version, where it seems to spend the first five to fifteen minutes of every session installing itself to the PS3’s memory. Due to this, loading times are considerably longer and the frame-rate suffers some severe drops.

The soundtrack on the other hand is another area that has seen good improvement. It’s an enjoyable listen, and provides a pleasant background throughout the game. As with the previous games in the series, Agarest 2 comes with Japanese voice-acting only, which actually helps give the characters a bit of personality and add some much-needed life, however small, to some of the story scenes. That said, it does mean that any potentially meaningful battle quotes are going to be completely missed by most players.

Agarest 2 is a definite step in the right direction for the series, but there’s still plenty of room for improvement. Some time spent focusing on creating a more engaging world and story, as well as to streamline some of the game’s unnecessarily complex systems should help in getting Agarest to rise up the rankings. The series is beginning to show promise, however, and its pre-existing fans will find much to like in this entry. 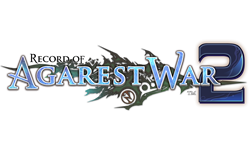