Square Enix also announced that there will be physical copies of the collection available, released as Final Fantasy I-VI Collection. There will be a limited run of physical editions in both a $74.99 standard edition and a $259.99 FF35th Anniversary Edition, which are available to pre-order now exclusively through Square Enix’s online stores in North America and Europe. The Anniversary Edition includes: 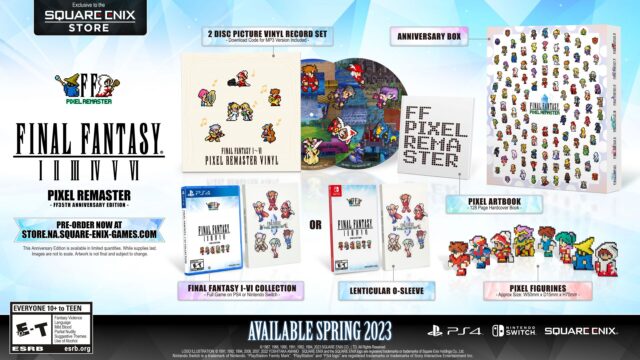