Square Enix released its newest trailer for the upcoming Final Fantasy XVI. The four-minute “Ambition” trailer focuses on the game’s story, its world of Valisthea, and important characters.

Final Fantasy XVI is set on the land of Valisthea, which is dotted with Mothercrystals, towering structures that spread aether. People have built up around the crystals, using the aether for magic and to help them live in comfort. Valisthea is also home to incredibly powerful beings called Eikons. Each Eikon resides within a person called a Dominant, who is able to call upon their power. Each nation treats their Dominant differently; some are treated as royalty, while others are forced to become tools of war. 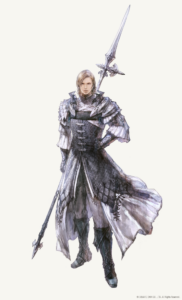 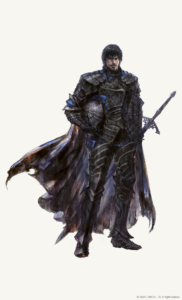 The game’s main protagonist is Clive Rosfield. The eldest son of the Archduke of Rosaria, he was expected to become the Dominant of the Phoenix Eikon but instead becomes involved with the dark Eikon Ifrit, with his younger brother Joshua selected as the Phoenix Dominant. The new trailer introduces two more characters: Dion Lesage and Barnabas Tharmr. Dion is the Dominant of Bahamut and the Crown Prince of the Holy Empire of Sanbreque. He is well loved by the people and also leads its Dragoons knight order. Barnabas is the Dominant of Odin and the leader of the Kingdom of Waloed, which claims the entire eastern continent of Ash. He arrived on the continent without a title but used the Eikon to bring the land under his rule and quell a beastman revolt.