ManaVoid Entertainment and Skybound Games’ Rainbow Billy: Curse of the Leviathan is an adventure RPG that sees players attempting to bring color back to the World of Imagination after the Leviathan drains them away. The game is notable for having a non-violent combat system as well as its expressive cartoon visual style. RPGamer was given the opportunity to put some questions to developer ManaVoid Entertainment’s CEO Chris Chancey about the creation of the game and the ideas behind it.

Alex Fuller (RPGamer): Can you describe some of the main ideas behind Rainbow Billy?

Chris Chancey (CEO, ManaVoid Entertainment): With Rainbow Billy, our goal was to create a family-friendly and openly accessible adventure in which you must save whimsical creatures by bringing back color to a black-and-white world. Our game is a universal coming of age story about dealing with changes in the world and accepting ourselves and the others around us. Sometimes it only takes a conversation, empathy, and a new point of view to make a world of difference. We wanted to make Billy a character that anyone could relate to, but at the same time we wanted Billy to feel unique and we wanted to showcase a character with a backstory that you don’t often see in video games. A child trying to understand how they fit in a world where everything is black and white was something we felt players could connect to.

AF: What made you decide to try and create a non-violent “battle” system?

CC: We certainly wanted to make a game close to our core values as a studio, but it’s an article that we saw in 2019 that said only 17% of games showcased at E3 that year were considered non-violent. We thought that was a sad statistic and wanted to be a part of the change we’d like to see in the industry. 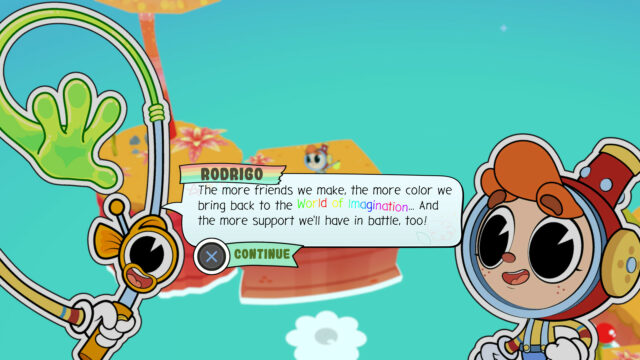 AF: What were some of the challenges in keeping a non-violent battle system interesting and exciting?

CC: The video game medium can allow so much more than what players may be accustomed to with traditional gaming violence. We flipped the turn-based RPG genre on its head and made a game using the same mechanics, but instead of “Attack” and “Defend” it was “Listen” and “Talk”! Billy, being a young non-binary character in a very heteronormative world, is a child going through changes and who is trying to figure themselves out. A lot of situations are put into perspective through their eyes as you meet new characters in the game. Each encounter is unique, filled with interesting dialogue and pushes the narrative further, so you always want to see what comes next!

AF: Conversely, what are some of the opportunities that having a non-violent combat system has afforded?

CC: I think turn-based RPGs have pretty much always been violent. If you look at the old Final Fantasies or even Paper Mario, it’s violent, you’re always hitting people with hammers and stuff. So we just wanted to show that you could do things in a new way. We were inspired by games like Undertale, and various indie games that are pushing boundaries in different ways, showcasing that you can achieve the same fun of a traditional RPG battle system through dialogue or non-violent avenues. The opportunities in form are to break from what you usually see, this allows us to innovate and pushes the genre further, in content we can showcase subject matter and themes that you don’t usually see in mainstream games.

AF: How do the game’s narrative elements complement the gameplay?

CC: We really wanted the entire world and lore to be connected to Billy’s coming-of-age story. We wanted to anchor the character in representations that you rarely see in games, because there are not enough diverse characters out there. We also wanted to make sure that any child, any parent, any player could see themselves in this character in some way. The color mechanics are a metaphor for “understanding” someone or something, the “confrontation” system is an interaction between Billy and someone who needs to be understood… Without giving too much away, there’s a layered story in Rainbow Billy that you only get to understand if you get to the game’s credits. Everything that is shown and said in Rainbow Billy is there with a purpose and things aren’t always what they seem… We wanted the entire experience to be a unique journey that culminates into powerful moments and seeing as how we’ve made a few people cry on Twitch, we think we did a pretty good job! 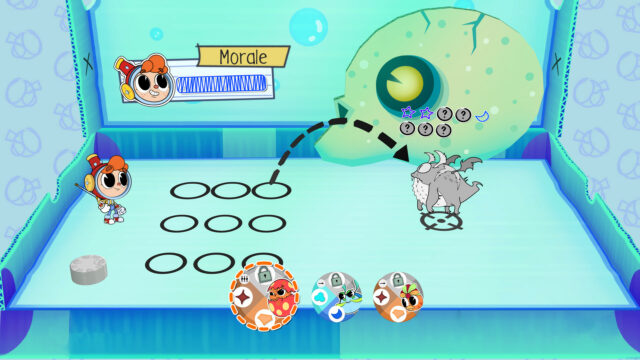 AF: How big of a role does color play in the game?

CC: HUGE! The game is one giant celebration of being unique and that we should all take the time to understand each other’s colors. The metaphors are all there, black and white is very binary, it’s good and evil, there’s no nuance. And so with that in mind we built the narrative around colors, the Leviathan being a patriarchal figure that wants to go back to having everything in black and white, and then Billy being a character that has all these colors and all this positivity and wants to understand the world, the decision to make the character non-binary was built as we were developing the game and these representations came to mind. The rhetoric we wanted to put forward was simple: In a world that has never been more polarized (black and white), the only way to fix things is through healthy communication and empathy (understanding people’s unicity: colors).

AF: How big a challenge was it to marry the 2D graphics with 3D locations? Are there are elements behind this that you’re particularly proud of?

CC: We chose 2.5D to keep all of the exploration advantages of having 3D, and also all of the personality of 2D cartoon aesthetics and animations. It was a big challenge because of the platforming aspects of the game with a 2D character as well as being able to simulate things in a 3D space with 2D assets. For example, when Billy uses their rod towards the camera, the 2D would make the rod go through the floor, we had to create a 3D version of the hand and simulate 3D movement with a 2D asset just for that mechanic to work. There are a bunch of examples like this throughout development, but in the end the game feels unique and the world is immense! 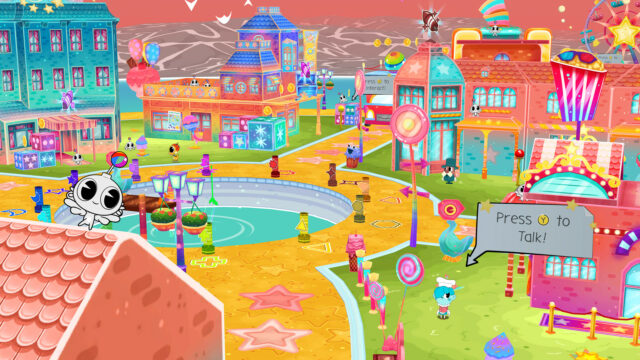 AF: Are there many hidden secrets/puzzles/challenges within the game?

CC: Like any good RPG there are a ton of secrets, environmental puzzles and collectibles that you can find throughout the game! The average playthrough for a 100% run is 30+ hours. We wanted to create a world filled with characters and where you really want to explore with your boat AND your feet to see everything that the game can offer.

AF: Do you have future plans to build upon the world and/or themes of Rainbow Billy?

CC: Although we have other projects in the pipeline currently, we know exactly where we would like to take Billy’s story going further! Hopefully players will continue to discover our game and let us know that they’d like us to continue the franchise. There are a ton of things that we would like to do with the world of Rainbow Billy and we’re eager to work on another Billy project soon!

RPGamer would like to extend our deepest thanks to Chris Chancey and ManaVoid Entertainment for taking the time to answer our questions, as well as to Tom Green and Tara Bruno PR for setting up the interview. Rainbow Billy: Curse of the Leviathan is available now on PC, PlayStation 4, Xbox One, and Nintendo Switch.