Returning Characters Revealed for The Legend of Heroes: Kuro no Kiseki

Nihon Falcom provided a new update for the upcoming The Legend of Heroes: Kuro no Kiseki. The update provides new screenshots and character art for three characters in the game, including returnees from previous titles in the series.

The first character is Zin Vathek, who previously appeared in the Trails in the Sky trilogy. He is a near-S-rank bracer and is one of the lead figures in the Calvard Bracer Guild. A large-built man, he is a master of the Taito style martial art and helps watch over junior bracer and playable character Elaine. 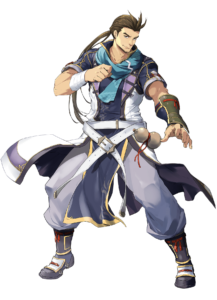 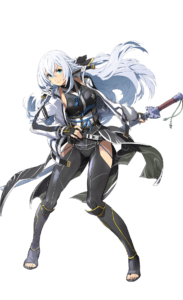 The second returning character is Trails of Cold Steel’s Fie Claussell. At the time of the game she is a B-rank bracer with the Imperial Bracer Guild in Erebonia and comes to Calvard to give the Bracer Guild more manpower to deal with Calvard’s increasing number of issues. The final character is Shizuna Rem Misurugi, who also appears in Trails into Reverie. She is a lieutenant captain of the Ikaruga samurai group and is connected to the legendary swordsman Yun Ka-fai.

The Legend of Heroes: Kuro no Kiseki takes place a year after the events of the previous title, Trails into Reverie, and two years after the events of Trails of Cold Steel III and Trails of Cold Steel IV. The game is set in the diverse Calvard Republic, the eastern neighbour and superpower rival to the Erebonian Empire that was the setting for the Trails of Cold Steel subseries. Kuro no Kiseki is set to be released for PlayStation 4 in Japan on September 30, 2021. A western release has not been announced, though NIS America recently announced western releases for previous titles in the series.