Square Enix released its remaster of Legend of Mana just a few weeks ago on PC, PlayStation 4, and Nintendo Switch. RPGamer was given the opportunity to put some questions to the Mana series producer Masaru Oyamada about the creation of the remaster, as well as some of the history and future ideas for the series.

RPGamer: What was the inspiration for the Ring Ring Land mini-game and did you make any changes when bringing it into the remaster?

Masaru Oyamada, Mana Series Producer: At the very last minute and also when the development of the master build was falling behind schedule, the team needed to create content for the PocketStation (a system that was available at the time) — or so I’ve been told by the Koichi Ishii, the Mana series creator. As for the remastered version, although we needed to fix some bugs, we didn’t really make any changes out of respect for the original.

RPGamer: What was the main goal or desire when rearranging the OST for Legend of Mana?

MO: Originally, the composer Yoko Shimomura mentioned she had some unfinished thoughts on the music in the original, so her requests were primarily to rerecord the instruments. I feel it’s rare for a remaster to go as far as to revise the background music, but I’m sure she held onto that feeling for 22 years, and so I told her “we’ll do what we can.” So, my main goal was to get these to the best quality so that they meet Ms. Shimomura’s expectations.

RPGamer: What was integral in retaining the essence of Mana for the recent remakes and remasters?

MO: Because the visuals stood out, I tried to be careful not to destroy that unique atmosphere. From the vividness of the colors, to the movement of the background, I believe we were able to create a realm in which the way some of the finer parts breathed and the playful elements really came to life. 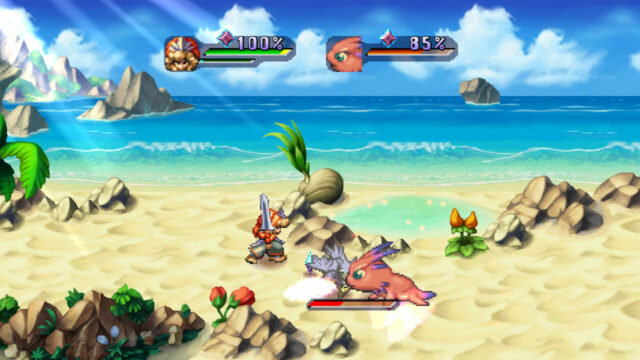 RPGamer: What was one the biggest challenges with remastering Legend of Mana?

MO: There was just a real lack of documentation from the development of the original game. Even without documentation, we do the best we can and get started on making the game. Once it gets to the debugging stage, though, we always get questions like, “Is this how it’s supposed to be?” And, sometimes we end up with a situation where don’t know whether it’s supposed to work like that either. Every time, I’d get in touch with Mr. Ishii or some of the old developers and ask them, “We’ve got this issue, but do you know what it might be?” And they’d say something like, “I’m sorry, it’s been decades, I really don’t remember.” But then three days later, I’d ring them again and pester them like, “Have you remembered!?” I can only apologize for pestering them so much.

RPGamer: What’s the story behind Li’l Cactus? Who dreamed up the series’ greatest little summarizer of plot?

MO: We can credit the story to the writer, Nobuyuki Inoue, who wrote the Escad arc. There were many rumors about Mr. Inoue being stressed or having a few too many drinks. But the truth behind how this all came about is actually unclear. However, I did hear that the character design was started out by designer Nao Ikeda, which she then solidified with Koichi Ishii, the creator of the Mana series.

RPGamer: What do you consider to be the key elements that make a game part of the series?

MO: I would say the lovable characters, a fairy-tale like world, and an unexpectedly deep and thought-provoking scenario are the key elements that make a game part of the series. 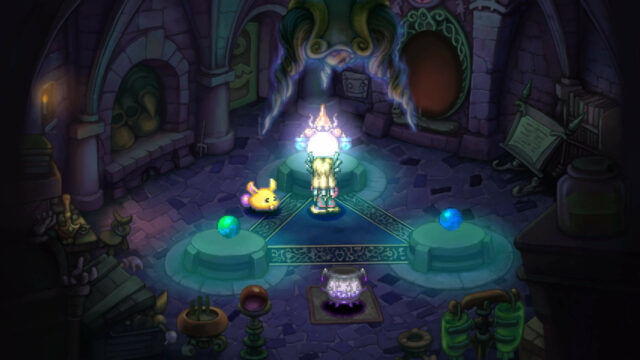 RPGamer: Do you have any particular favorite moments from the series or its development?

MO: I started out as just an individual fan who enjoyed the Mana games. As an insider involved with development, whether on remakes or remasters, you begin by looking over old documentation, and end up seeing all kinds of materials that haven’t ever been publicly revealed. Every time, I always start with a sense of excitement, looking forward to seeing what the developers were up to in the past.

RPGamer: Are there any plans to revisit other entries of the series such as Dawn of Mana or Children of Mana?

MO: Instead of limiting ourselves to a particular title, we would love the opportunity for people to be exposed to the Mana series constantly. For that reason, I would like to expand the platforms for the Mana games at a timing that makes sense. For example, we released the console version of Trials of Mana and will be releasing the mobile version of the game soon.

RPGamer: What direction would you like to take any hypothetical new title for the series?

MO: For now, one thing is for sure — I’d want Rabites and Lil’ Cactus.

RPGamer would like to extend our thanks to Masaru Oyamada and Square Enix for answering our questions and to Fortyseven Communications for setting up the interview. Those looking to read more about Legend of Mana can check out Luis Mauricio’s review of the remaster.