Square Enix has announced that its delayed Patch 5.3 major update for MMORPG Final Fantasy XIV, will launch on August 11, 2020. The new patch, titled Reflections in Crystal, includes new main scenario quests continuing the story from the Shadowbringers expansion as well as adjustments to the content in A Realm Reborn and the 2.x patch series and the second part of the YoRHa: Dark Apocalypse Alliance Raid, with more details available here.

Producer and director Naoki Yoshida provided the following special “Letter from the Producer” concerning the update’s release date as well as the impact of the delay on future updates:

This is producer and director Naoki Yoshida.

First, I would like to apologize again to all of our players for the delay of Patch 5.3 ─ Reflections in Crystal, which was originally scheduled to release on June 16th.

Although our development and operations teams, as well as QA testing, have experienced a number of setbacks due to the novel coronavirus (COVID-19), I am pleased to inform you that development production is back on course, and we’ve settled on a new patch release schedule.

We did everything we could to try and release this update at some point in mid-July, but in the end, we determined more time was needed to thoroughly test and debug the next alliance raid of YoRHa: Dark Apocalypse and the new large-scale encounters of the resistance weapons content.

This matter was complicated by the fact that, due to the size of our QA teams, and the nature of the testing required of them, working in the office could not be avoided. Preparing a working environment in the office that adhered to social distancing guidelines and regulations required more time, resulting in this two-month delay.

Though it cost us roughly two months, our primarily home-based work system is now securely established, and we plan to return to our regular release schedule of roughly every three and a half months after Patch 5.3.

Unfortunately, there is no way for us to ever completely recover from this two-month delay. Were we to try and accelerate our schedule from Patch 5.4 onwards, it would only result in cutting content and sacrificing the quality of our work─and given the serialized nature of FFXIV’s story, it is important that we keep to our original roadmap in terms of number and quality of major patches. But rather than think of this as a loss, I consider it a great accomplishment, as our staff can now work safely and efficiently both at home or at the office. What’s more, I believe we can make up for this delay with the quality of future patches and our coming expansion.

While we’re on the subject of future patches, perhaps you’d care for a glimpse of what we’re working on… 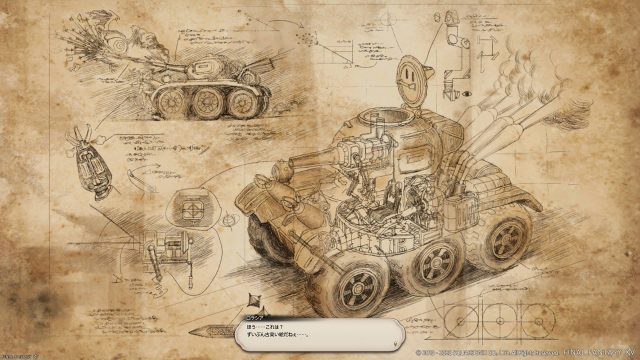 You can expect to see plenty more this month, as we’ll be releasing interviews and updates to the 5.3 special site, as well as another Letter from the Producer LIVE, scheduled for Wednesday, July 22nd. There’s only a month to go before the release of Patch 5.3, so I hope you can hold on just a little while longer.

I’d like to take this moment to thank you all again for waiting so patiently, and for your words of encouragement.

I would also like to express my sincerest respect for our development and operations teams and QA staff who have done their utmost to continue production while transitioning to this new work environment. I couldn’t ask for a better team.

And with that, I’ll be returning to work on checking Patch 5.3.

I’ll see you all in the next Letter from the Producer LIVE!