Do you remember what summer vacation was like when you were a kid? Released from your educational prison, you likely ran wild and free through the streets of your neighbourhood, seeking adventure wherever you could. Remember that mysterious woodland that always surrounded your local park? You probably gathered a team of friends, desperate to unearth the unseen wonders lurking in the shadows. Now, time away from responsibilities occurs as you sit in your favorite chair, or lounge by a pool, if you’re lucky. Childhood may be over, and your dreams may have wilted, but what if I told you joy could still be found? Where, you ask? In a Japanese role-playing game designed for children, of course.

Yo-kai Watch is a monster-collecting role-playing game for the Nintendo 3DS developed by Level-5. It’s regarded as a cultural phenomenon in its home country of Japan, and, unfortunately, a “Pokemon rip-off” by many elsewhere. A catchy song and a goofy workout dance pierced the hearts of many in Japan, and copies of the game flew off the shelves upon its release in 2013. Thus, a multimedia franchise was born. In the West, the games occupy a purely niche space, and the small amount of the anime that has been brought over has likely resulted in the bullying of many poor children who accidentally got the theme song stuck in their head and decided to sing it on the bus. 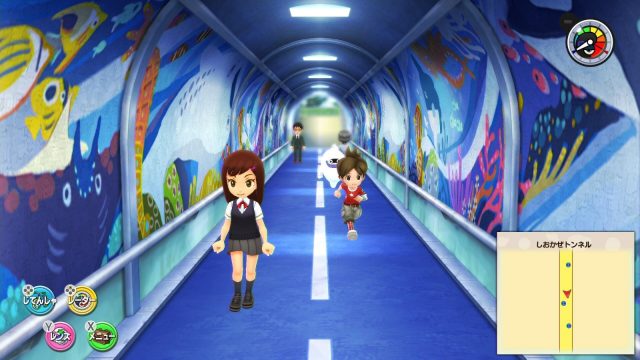 Getting lost in various tunnels is bound to happen in any Yo-Kai Watch entry.

So, what is this game and why should you care? To put it simply, it’s a playable summer vacation. You fill the role of either Keita or Fumika (localized as Nathan and Katie to convince children that this is the country that they’re already familiar with, which presents an extra localization challenge when the third entry takes players to the U.S.), who’ve just wrapped up a semester of grade school, and they’re just as excited to run around and be children as you used to be. The first game starts with your buddies telling you that you suck because, unlike them, you haven’t caught any rare bugs. With a renewed vendetta, you firmly grasp your bug-catching net and head for the woods. Fast forward ten minutes and you have a ghost butler and the ability to see and befriend spectral beings called yo-kai. This may not impress your in-game friends, but it sure does make for fun gameplay.

Unlike the multimedia franchise it is most often compared to, there’s more to this series than just collecting creatures and pitting them against other creatures. You are free to run around and explore as you please, as areas open up through story progression. Your titular watch will inform you when a yo-kai is near, and it’ll be up to you to search under cars, vending machines, trees, and various other places to find and battle them. However, searching these places is often beneficial even when a yo-kai isn’t around, with various treasures and trash to be found. Oh, and remember what you were trying to do in the first place? That’s right, there’s a swath of bugs to catch, just in case you were wanting some Animal Crossing-style action. What’s more, there’s fishing, too. If that’s not enough variety for you, the second entry added a co-op dungeon crawling mode with action combat called Yo-kai Watch Blasters (which has even been spun off as its own game). Sadly, enjoying this mode requires knowing people who play these games, which is more challenging than I’d prefer.

I often find myself just running around, exploring every nook and cranny of every area just for fun. Creepy alleyways or abandoned buildings, often with yo-kai roaming around, are tucked just out of sight, and stumbling upon one at random is never not exciting, even if there isn’t always something valuable to be found. Indeed, for some odd reason this game is at it’s best when you’re not doing anything particularly important. Quests? This game has ‘em. A challenging post-game? It’s got that, too. Hundreds of monsters waiting to be collected? You bet. Ultimately, however, I just recommend getting lost in the game, ideally while you sit in a comfy chair with your favorite drink (this game is fully playable with one hand thanks to the stylus. Try it out). Playing this game with a completionist mindset will only lead to misery, thanks to the random nature of befriending yo-kai. I’m personally ok with this, as it makes capturing rare monsters particularly exhilarating. There is also a gacha mechanic (take a deep breath) that utilizes play coins, so the game even motivates you to go take walks. 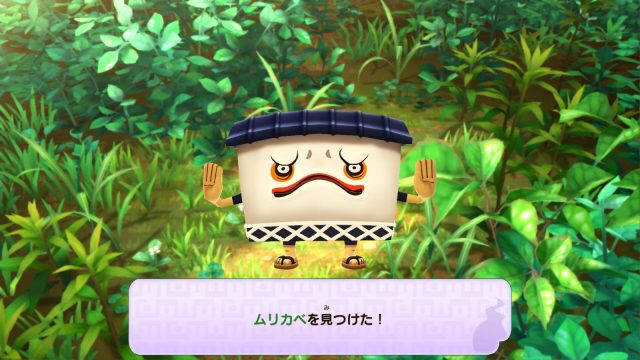 The series entry that convinced me that this franchise is something special was Yo-kai Watch 2: Psychic Specters, and it’s the game I would recommend to newcomers. The 20-hour story is fun enough, but where things really get fun is the post-game. Upon defeating the surprisingly challenging final boss, you gain access to a large dungeon filled with high-level enemies and beefed up versions of all of the game’s incredible boss battles. These fights are where Yo-kai Watch’s combat really shines, as smart team composition pre-battle and quick micromanagement mid-battle is essential. Plus, Psychic Specters adds even more fun content to the post-game in the form of additional yo-kai, story, dungeons, and bosses. Of course, if all you want to do is explore aimlessly, that provides plenty of entertainment.

Yo-kai Watch 3, which was released in the West just last year, appears to be jam packed with even more fun things to do and areas to explore, but I’ve been saving that for my next poolside excursion. If you can take even one thing away from all this, let it be the fact that Yo-kai Watch is much more than a “Pokemon clone.” If you’re ok with dusting off the ol’ 3DS, you may find yourself transported back to summers of old. After all, a little bit of youthful fun never hurt anyone.