Nintendo and Cygames have announced Dragalia Lost, a new free-to-play RPG with microtransactions coming to iOS and Android. The game is set to be released in Japan, Taiwan, Hong Kong, Macau, and the United States on September 27, 2018. Nintendo held a special Direct presentation for the game, which can be viewed below along with the game’s debut trailer and numerous screenshots and artwork.

Dragalia Lost is set in a fantasy world, with players attempting to save the Kingdom of Alberia from a corrupting force that is causing the nation’s protective crystalline shard to fade. The unnamed protagonist is the seventh heir to the throne and the only one not yet pactbound to a dragon. He embarks on the trial known as the Dragon Choosing to form a pact with one of the world’s dragons and help restore the power of the shard. Joining him on the trial are his twin sister Zethia — who holds the church position of “The Auspex” and as a result hold no claims to the throne — and the duo’s childhood friend, the fairy Notte. The dragon that the protagonist aims to form a pact with is Midgardsormr, the Windwyrm, who was once pactbound to the founder of the the kingdom. 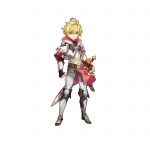 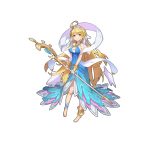 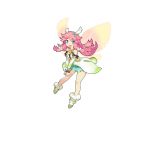 The protagonist will not be fighting alone, however. The action battle system sees players selecting a party of up to four adventurers, with one character being directly controlled while the other three follow behind during exploration and act on their own in combat. Players can switch the controlled character on the fly. Boss fights feature a rage mechanic, where a boss will enter an overdrive state after taking a certain amount of damage. However, should players inflict enough damage while the boss is in overdrive, then they will break it, reducing its defence for a time. Those characters who have formed a pact with a dragon can also utilise its power by shapeshifting. The ability is granted by collecting enough crystals from slain monsters or by finding Dragon Obelisks.

Adventurers are divided into four types — attack, defense, support, and healing — and five elements — flame, wind, water, light, and shadow — with eight different weapon types. There are over sixty available adventurers to find in the game. There are four methods of character growth in the game. In addition to the standard level up procedure, players can equip newly found weapons and improve their current weapons. Each adventurer also has their own mana circle that features unlockable attribute upgrades or new abilities. Finally, the Halidom is a castle that acts as the palyer’s personal camp. Here, players can place and upgrade buildings to provide gold and other bonuses.

Dragalia Lost also features Summoning. Here, players look to gain new characters, dragons, or items called Wyrmprints that can enhance characters. Summoned characters have varying rarity levels, and if players summon the same character a second time they acquire a resource called Eldwater, which can be used to increase the rarity rating of the player’s characters.

The game will feature cooperative multiplayer for up to four players, with all quests being available in multiplayer. Further details about the game’s story, world, characters, and gameplay can be found on its official website.