The Case for Exodus 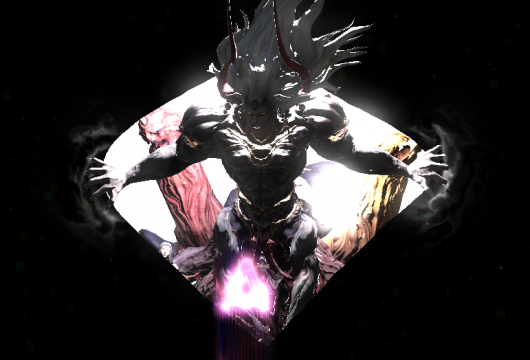 I cannot divorce a discussion of the full implications of Exdeath from major plot developments of Final Fantasy V, so consider this your spoiler warning. But seriously, if you’re playing Final Fantasy V for its epic plot, you’re doing it wrong. Also, my opinions do not reflect the opinions of RPGamer as a whole, although they should because they are correct.

Nestled between two of the most beloved games in the Final Fantasy series lies an entry that perhaps suffers in comparison due to its delayed release stateside. One could argue that Final Fantasy V’s return to formulaic plot clichés from previous entries didn’t do the game any favors, but its innovative gameplay enhancements bring a lot to the table — namely the upgraded job system. From Final Fantasy I to Final Fantasy III to Final Fantasy V, the job system evolved incrementally before sinking into a long slumber for several subsequent entries.

Plot, and character development in turn, is certainly not the game’s primary focus. There are a total of five characters, with only four playable at any given time. These characters fit traditional genre stereotypes — a displaced princess, an amnesia-stricken wanderer, a mysterious loner, and a hero roped in by destiny. Final Fantasy V wasn’t exactly treading exciting new territory, but there was one character in particular who always rubbed me the wrong way.

We’re talking about the villain himself, a warlock born of imprisoned souls, a being whose sole intent is to plunge the world into the void and negate existence itself, a foul creature of pure evil. Yes, we’re talking about… Exdeath? To limit confusion, I will henceforth refer to this character as the Villain.

I struggle not to hear the laughter of Skeletor or Mumm-ra whenever I hear the name Exdeath, and perhaps this Saturday morning cartoon depiction is befitting of the Villain’s behavior and his place in the grander scheme of this game that is one-dimensional in every other way. That said, I’d like to make the case for another name, a better name. I’d like to make the case for Exodus.

It’s long been a sleeping theory, since the early days when fan translation patches were all English-speaking fans had, that the Villain’s name was supposed to be translated as Exodus. Fast forward to September of 1999, when Final Fantasy Anthology first brought an official translation to the West, and we see that Exdeath is, in fact, the officially accepted translation. Some have postulated that Square Enix simply chose to embrace the name most fan translations had already gotten players accustomed to, but this doesn’t exactly line up with every other localization decision it’s made. Within the same game, after all, the protagonist was localized as Bartz rather than the Buttz of the most popular fan translation. Whatever the case, Square Enix would continue to use this translation in many subsequent iterations.

The Villain’s name in Japanese is written in katakana as エクスデス or Ekusudesu. Without turning this into a Japanese lesson, katakana is a particular set of characters used for foreign words. As such, if you say Ekusudesu fast enough, you’ll find yourself saying something akin to Exdeath. However, you may find that it sounds quite a bit like Exodus as well. That said, to derail my own point once again, it would be much more likely that Exodus would be written in katakana as エクソダス or Ekusodasu. 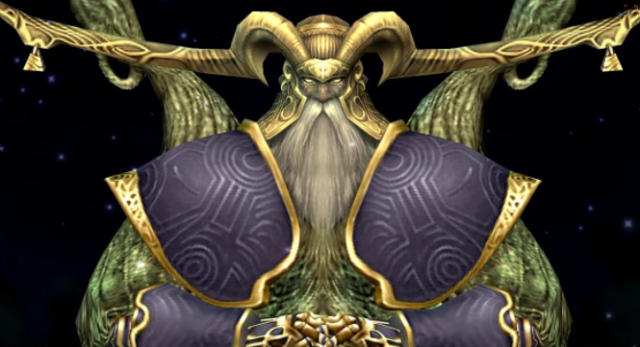 Exodus the Judge-Sal… whatever that means.

So why do I believe Exodus is, regardless, the more appropriate name for the villain from Final Fantasy V? It’s all in the backstory.

Centuries before the events of Final Fantasy V, the Void, a powerful force of destruction, was sealed away in the Interdimensional Rift, ridding humanity of the prison in which they once sealed away the lesser forces of evil as an unfortunate side effect. As such, the Great Forest of Moore was chosen as the new prison for malevolent souls. As more and more souls were sealed within a single tree in that forest, the tree began to boil over with malevolence until it gained consciousness. This consciousness used the immense evil power of its many combined souls to take humanoid form and escape the forest entirely. This new being became the powerful warlock, our Villain. Recall that Exodus, of Ivalice fame, was depicted as a tree-like being.

The Villain’s ultimate goal was to unseal the Interdimensional Rift, access the power of the Void, and essentially plunge the planet into nothingness. He nearly succeeded, actually gaining access to the Interdimensional Rift and controlling the power of the Void with which he negates the existence of various locales around the world. Upon returning to his original form as the twisted ancient tree of corruption, however, he was confronted by our heroes. He attempted to consume them into the void but was thwarted by the power of friendship or something. Then he himself was consumed by the void, only to return as a being who sought to negate all things, even himself. Suffice it to say, he was defeated. 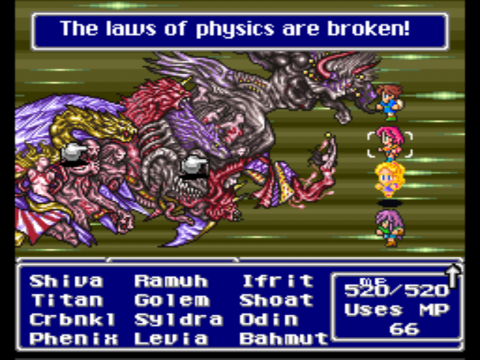 Where’d all these other people come from?

Here is where I make the most important point about his name. The argument for why he might be named Exdeath is twofold to my understanding. I’ve heard that Exdeath might refer to him being formerly dead, perhaps because he is born of the souls of dead villains throughout history. I’ve also been told that his name is supposed to mean “Exceeding Death”, again perhaps because he is alive and well despite his aforementioned origins. I have found no official evidence for the latter theory. Both of these explanations work on a rudimentary level, but they don’t really justify how awful a name Exdeath really is.

Furthermore, despite all this, I argue that Exodus is a better description of everything that the Villain really represents.

First of all, let’s reassess the Villain’s origins. Over the centuries, humanity seals the souls of malevolent beings in a tree. These souls, of course, yearn to be set free. When they finally gain enough power to do so, they form into a conglomerate being who escapes from the Great Forest of Moore. An exodus is essentially defined as a mass departure. The Villain is, in his very existence, an exodus of souls.

The Villain’s motive also walks hand-in-hand with this theory. He seeks to consume the planet, and eventually all of existence, into the Void. What is this but the greatest of mass departures, the exodus to end all exoduses? The great power that the Villain wields is the power of banishment, the power of forced exodus. In every way, the Villain represents the concept of exodus.

Do I truly believe Exodus was the originally intended name for this character? Given the preliminary research detailed above, not really. My argument is less about what was originally intended and more about what makes the most sense. Exodus is just more befitting a name for the Villain than Exdeath. He is not formerly dead as he is an entirely new entity created by the mass departure of spirits from the Great Forest of Moore, and it can be argued that he doesn’t exactly exceed death in that he seeks, in the end, to consume even himself into nonexistence and is ultimately vanquished in the process.