The amount of depth was impressive, and my cunning strategy of trying to just muscle my way through didn’t go unpunished.

A revival of a cult-classic Jim Henson property wasn’t what many were expecting to ground a strategy RPG in 2019, but nonetheless The Dark Crystal: Age of Resistance Tactics is coming this year and shows promise to go along with its unabashed Final Fantasy Tactics inspiration. While obviously a love of the source material will help players get invested, the game is aiming to have the tactical bona fides to convert non-fans. 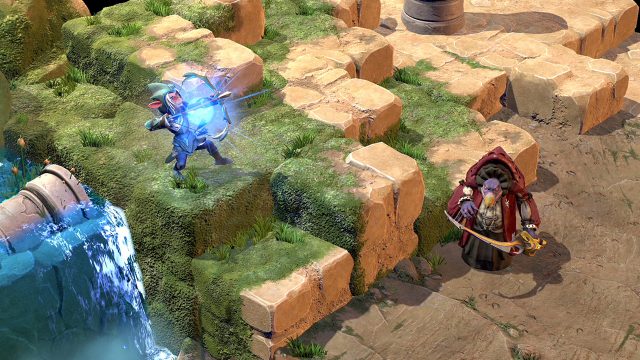 While Fire Emblem may be the most successful SRPG heayweight in the past few years, it’s clear that the series is much less the inspiration here than Square’s PlayStation classic. The first demo level revolved around teaching the interface and consisted mostly of moving protagonist Deet around a basic map with menus being quickly navigable via a command ring. Once the tutorial battle was complete though, the demo saw fit to show some teeth, dropping the player into a small scale battle against an enemy called the Chamberlain and his guards.

While the demo was content to give players a default setup for Deet in the tutorial, in the second half there was some pre-combat prep to look into. While only three characters could be sent into the battle, there were five to choose from, each set to a different one of the game’s fifteen-plus jobs and with the potential for customized ability layouts and sub-jobs. The amount of depth was impressive, and my cunning strategy of trying to just muscle my way through didn’t go unpunished as the Chamberlain and his lackeys divided me from my healer and took my other characters apart.

Turns are character-based, so characters separated from the group can’t rely on being saved by a group coming in all at once, making them easy prey to well coordinated attacks. Many abilities are designed to be used in tandem, with attacks gaining extra power or effects if used on characters afflicted with specific status effects. Multi-target abilities must be used carefully as they can have broad radii and are capable of friendly fire. These kinds of tactics might not be as necessary if it weren’t for the relatively constrained battlefield size that, once again, calls to mind Final Fantasy Tactics. It’s hard to keep an individual out of the fray for any period, as tempting as the attempt might be given that MP regenerates each turn. 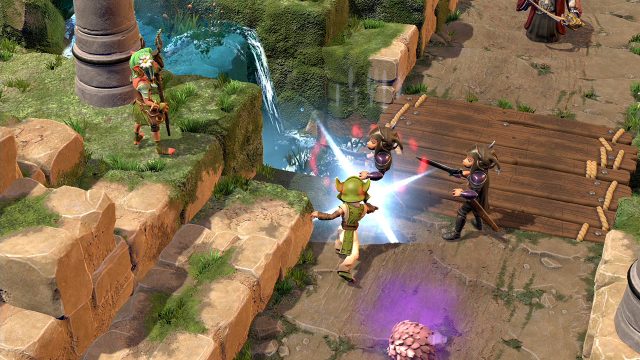 Storywise, the game naturally hews to the plot of the recently released Netflix series from which it takes most of its name. What I saw seemed interesting but wasn’t exactly on full display. Those I spoke to claimed that it will follow that continuity, but mostly concern itself with events happening offscreen as well as its own side stories. The story seemed easy enough to get the gist of, regardless of prior knowledge, so this shouldn’t scare off new players.

There’s a lot more potential to this game than might first meet the eye. Between the promise of over eighty missions and a new game plus, The Dark Crystal: Age of Resistance Tactics could have a surprising amount of longevity if the taste of tactical options the demo gave is any indication. It will be interesting to see if it can follow through on this promise when it releases for PlayStation 4, Xbox One, Nintendo Switch, and PC later this year.