Cooking is the most involved process in Stranded Sails, utilising a Mastermind-style guessing game.

Shipwrecked on a deserted island, a group of seafarers discovers things aren’t as idyllic as they seem on the island and there’s mysteries galore to uncover before the crew escapes the island. Stranded Sails: Explorers of the Cursed Islands is a cute mix of an adventure game with base management. 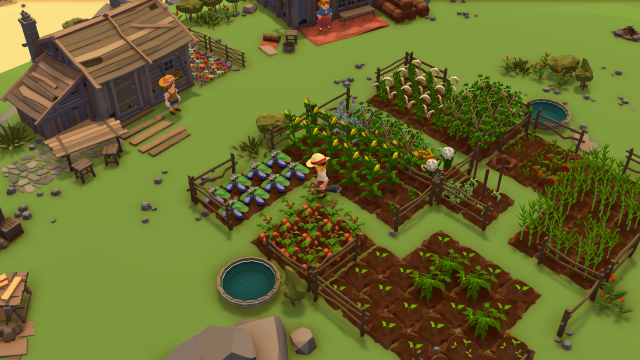 Built with multiple influences in mind including Zelda, several farming titles, and the Lost in Blue series, Stranded Sails takes the mechanics of many of these games, meshing them together with a strong narrative surrounding the cursed island the crew has inadvertently landed upon.  Players will need to manage their energy during exploration trips, a combined resource pool that dictates how far the player can explore, how much damage can be taken, how long they can run.  It’s an interesting balance act.

To help prepare and stock up for these trips outside the main camp, players will have plenty to do, including gathering, crafting, cooking, fishing, farming, and more.  Most of these tasks have some sort of mini-game attached to them; for example, fishing requires the player to time two rings meeting, while crafting is a fill-in-the-blank-type of game, where shadows will hint at what type of ingredients are needed to fulfill the final product.

Cooking is the most involved process in Stranded Sails, utilising a Mastermind-style guessing game — players can have the right ingredient and right place, right ingredient but wrong place, or wrong ingredient entirely — to discover new dishes to cook.   There are sixty dishes to cook in total, with up to four ingredients each. The more advanced recipes not only restore energy, but provide important buffs to the player as well.  Thankfully, players don’t lose ingredients when they guess, so they can continue to combine together ingredients until the correct combination is found.  That being said, the carrying capacity of the hero is limited, so they can’t lug around masses of food and players will need to carefully pick and choose which dishes to bring on particular adventures. 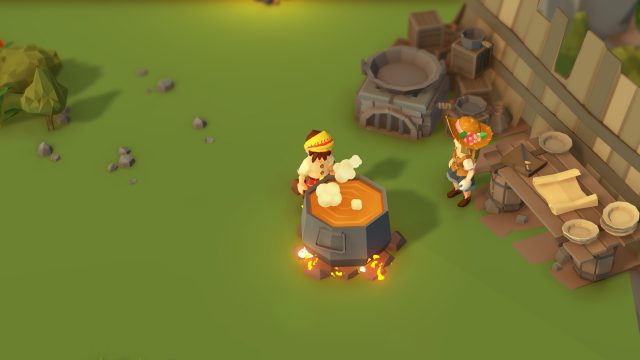 Gathering and farming don’t require mini-games, just a time and energy investment, though farming is also a well-thought out, involved system.  As players discover seeds through the island, they can take them to be planted, watered, and cared for back at the home base.  As the game’s day-night cycle progresses, these crops will grow, rewarding players not only with ingredients but new seeds as well.  Some crops like potatoes and onions can only be harvested once, while other crops like tomatoes and corn will grow more than once.

Once out in the wild, the game features a fairly basic combat system, where enemies each have their own attacks; there’s no dodge mechanic in the game, so players will need to quickly learn which attacks can be disrupted and which need to be avoided with plenty of time to spare.  For all the clear quality and care put into the camp, combat feels a little weak in comparison. 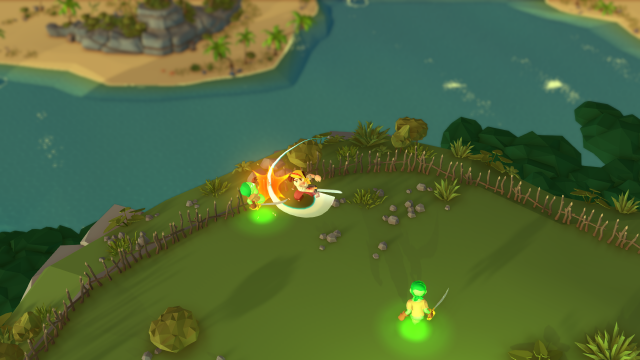 With Stranded Sails launching next month, October 2019, it’s got some stiff competition to stand up to, but the game has the potential to truly shine.  Releasing on PC via multiple storefronts, as well as on PlayStation 4, Xbox One, and Nintendo Switch, players interested in diving into island live will be able to do so shortly.