Stella and her feline companion will be helping those pass on by completing tasks small and large for them.

Describing Thunder Lotus Games’ simulation adventure Spiritfarer is a little challenging, but perhaps it can be summed up as a cozy management sim about death and dying, though without the really depressive stuff, and a splash of colourful, beautiful graphics.  Players join Stella the ferrymaster, along with her cat Daffodil, as the duo work together to help the recently passed make peace with their new afterlife.  Each dearly departed takes on an animal form, but being uncomfortable with their current existence, they still act human.  Only when they are ready to accept their situation do they drop their human facade and carry on.  For the demo, Stella and Daffodil were helping out a snake, walking upright while wearing a robe, with coils sticking out of the sleeves like arms. 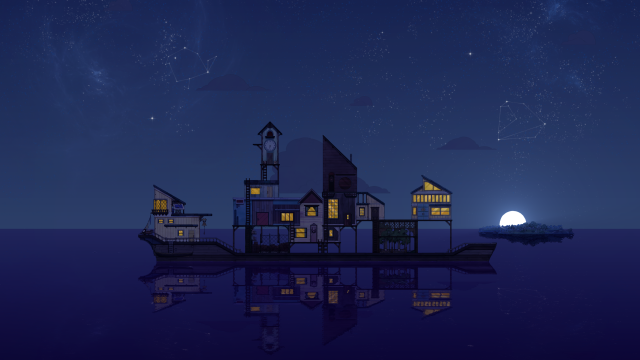 Stella and her feline companion will be helping those pass on by completing tasks small and large for them.  This will usually include visiting locations, along with recreating buildings they had strong ties to when they were alive.  For example, the snake remembered losing a necklace at the top of the building they meditated at daily, so Stella must recreate that building, along with the garden that sat atop it.  When a character is close to moving on, they will unlock a shrine which will grant the ferrymaster new abilities.  For the demo, Stella learned how to double jump, giving her the ability to access heights she couldn’t reach before.

Being a ferrymaster isn’t all work and no play — there are numerous interesting side activities to take part in as well.  Stella can indulge in fishing, cooking, farming and other mini-games.  All in all, players can expect about 30 hours completing the main story quest, with players looking for a fully completed game easily racking up to 100 hours. 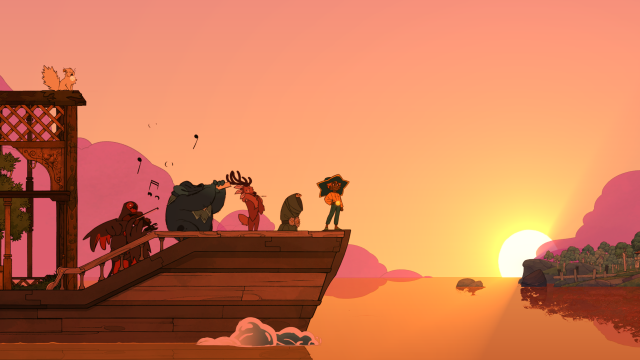 For those who want a side-by-side experience, couch co-op is available, with one player taking on the role of Stella and the other playing as Daffodil.  With the game coming next year to Xbox One (including Xbox Game Pass), PlayStation 4, and Nintendo Switch, as well as PC, Mac, and Linux via Steam, players can look forward to experiencing the beauty of Spiritfarer next year.