Sparklite’s erstwhile heroine Ada has crash landed upon Geodia, and must make her way through a 2D Zelda style map, into mysterious dungeons and more.

There’s no such thing as too many colourful action adventure RPGs with amazing music, which is why I was quite excited to sit down and play the demo for Sparklite.  With a procedurally-generated world that mysteriously shuffles each time the main character is defeated, there’s plenty of exploring to be done in this upcoming title from Red Blue Games. 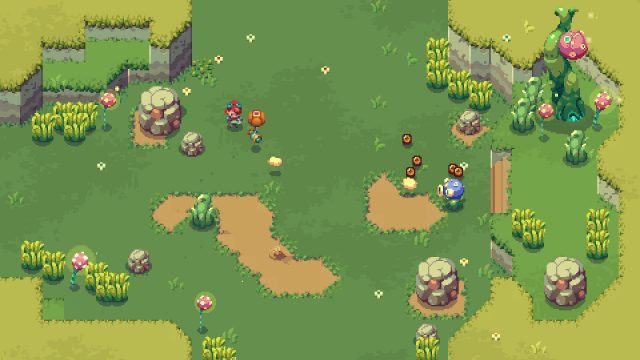 Sparklite’s erstwhile heroine Ada has crash landed upon Geodia, and must make her way through a 2D Zelda-style map, into mysterious dungeons and more.  After getting her first taste of the game’s final boss, The Baron (leader of the five Titans), she is rescued by The Refuge.  At her new home base, she can upgrade various rooms to provide additional boons to her explorations, purchase a variety of upgrades to her gear, and turn in Beats, the game’s adorable collectibles.  Hidden all around the world, these chirpy avian balls will make noise as the heroine gets close to them.  The eponymous Sparklite is the currency used in the game, and Ada must balance upgrading her own equipment and upgrading the Refuge.

Back on the world of Geodia, the heroine Ada will need to explore mini-dungeons, similar to shrines found in Breath of the Wild.  By completing each dungeon, Ada will unlock the blueprints for a variety of devices, similar to the tools found in many Zelda games.  These include the spark slinger, a gun that works like a slingshot, as well as a boom balloon, a flying bomb container controlled like an RC car.  Having recovered the blueprints, Ada can return to the Refuge and create these items, opening up additional exploration avenues.  Sparklite is more rogue-lite than rogue-like, and an untimely defeat doesn’t cost the heroine any material goods, just a reshuffling of the world. 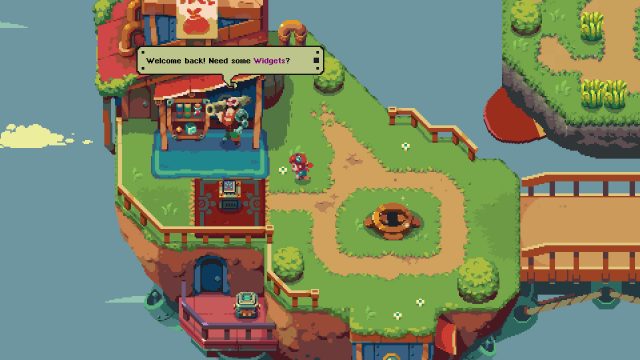 Releasing for PC and Mac via Steam as well as on PlayStation 4, Nintendo Switch, and Xbox One, Sparklite will be available in a slew of languages including English, French, German, Spanish, Japanese, and Simplified Chinese.  With its release of fall 2019, hopefully it won’t be long before an official date is announced.