Though still early in the porting process, Arcade Spirits feels right at home on the Nintendo Switch.

What if the early-80s video game and arcade crash never happened?  What if the arcade industry was alive and thriving today in ways unimagined?  Arcade Spirits, a romcom visual novel about gamers and gaming, tackles that question and more.  For those looking for a game to kick back and enjoy the best timeline with, strap in for its upcoming console release. 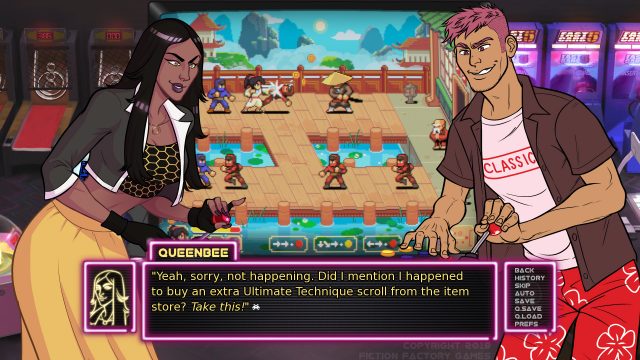 As a newly hired grunt at the Funplex Arcade, you’ll be exploring a variety of choices and relationships with both fellow employees and regulars at the arcade.  What ending the player receives is dictated by the relationships they build, so choosing which characters to interact with during a limited number of time periods is key to scoring the best ending with your chosen cutie.  Or keep things friendly, with platonic relationships — either path is entirely valid, with satisfying endings for both.

Characters that the player will meet along the way include Gavin, an accountant and manager of the Funplex Arcade, who prefers to not be entirely involved with the day-to-day of the business but crunches numbers like a master.  There’s also Ashley, a fellow grunt who jumps into the Funplex Flamingo mascot role as needed, which makes perfect sense, since in her spare time she’s a cosplayer.  Naomi is the arcade’s resident fixer; if a machine gets broken, it’s up to her to fix it, and she treats each machine like her own baby.

Customers are just as important in Arcade Spirits, and there’s a trio that the main character will be regularly rubbing shoulders with.  First is Queen Bee, an eSports champ in an arcade game known as Fists and Discomfort.  The Funplex has the one-on-one machines in a prime spot for amateurs to rub elbows with the pros like Queen Bee.  Next is Percy, a score chaser from Britain.  He’s angling for the top spot on the Moopy’s Magical Maze machine.  It… really is more exciting than the title, I promise.  The third regular is Teo the dancer, who burns up the rhythm games with his smooth moves.  A final secret relationship is also available. 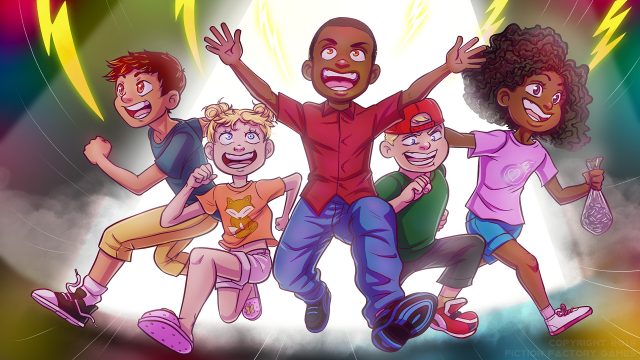 During the demo, a children’s party took over the arcade and multiple crises all arose at once.  Being only able to solve two of them, the player must choose which of the various arcade members they wish to interact with.  The first is a mother yelling at another child for supposedly stiffing hers; this crisis can be solved by Teo, since he saw the whole thing go down.  A second issue is children throwing cupcakes in rage; the player can help out Naomi, or Ashley, but not both, so they will need to choose between saving the machines and saving the flamingo costume.  Lastly, the third issue involves stolen tickets; perhaps Percy can help, since the Moopy Magical Maze machine is nearby?  The events all feel real, and are well-written.

Though still early in the porting process, Arcade Spirits feels right at home on the Nintendo Switch.  It’s the kind of game that can be easily played in five-minute bursts or five-hour marathons and still be enjoyable either way.  The PC, Mac, and Linux version of the game launched earlier this year, with a free demo currently available on Steam; the Nintendo Switch, PlayStation 4, and Xbox One ports expected to hit in early 2020. 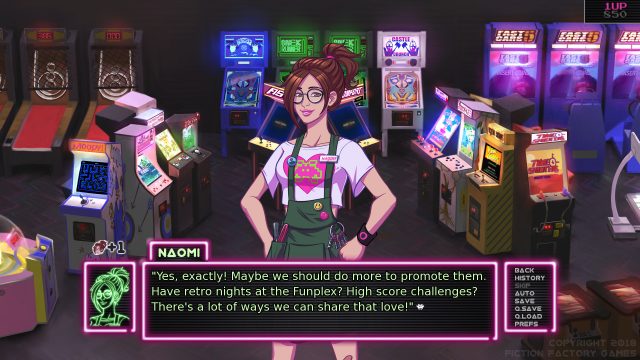