Dragon Star Varnir’s Dragon Core system allows players to obtain the eponymous cores by using the Devour skill on opponents. The cores act as small skill trees, with players able to spend Core Points unlocking nodes that provide new skills or boosts. Each character has four types of skills that they can equip — Physical, Magic, Devour, and Passive — and can equip up to five skills of each type. Meanwhile, the Giant Boss Battles see players face off against massive dragons. These enemies take up all three levels of the battlefield and have different health bars for different body parts. By reducing the HP of a body part to zero, players can seal the part, preventing the boss from using any attacks that stem from it.

The first of the trio of characters introduced is Karikaro, who is designed by Kei Nanameda (Death end re;Quest, Mary Skelter). She is a mixture of no-nonsense and ditzy, which can make it hard to figure out when she is acting logically, but having passed the average age witches usually live to, she now fears death. Second is Laponette, who is designed by Katsuyuki Hirano (Agarest series). She is a mixture of graceful and melancholic, with her power of clairvoyance causing her pain in seeing the sad futures of those around her. Rounding off the trio is Charlotta, who is designed by Tsunako (Neptunia series). She claims to be a witch of legend who was responsible for the Carnival of Death that killed a hundred witches ten years prior to the game’s events. 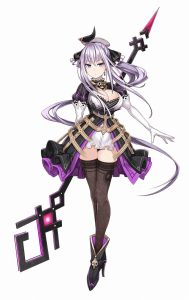 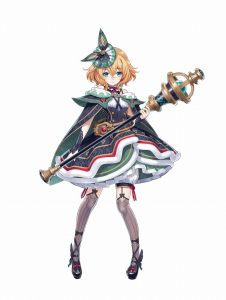 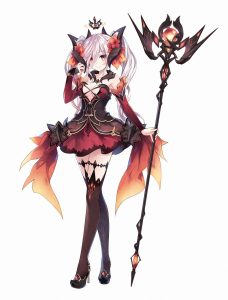 Dragon Star Varnir was released in Japan in 2018 and is set to launch in North America and Europe this summer. The western release will feature both English and Japanese voice acting and will be available exclusively on PlayStation 4.