Runic Games’ Torchlight was released in late 2009 to largely positive reviews, perhaps held back from true greatness by a lack of multiplayer. Three years later, the second game has addressed this issue without losing any of the charm of the previous release, and in many places adding to it. Torchlight II is sure to provide many hours of enjoyment for both those playing alone and with friends.

Torchlight II‘s story follows the events of the first game, although those who come into the game without playing the original will not be missing much. Players create their own hero from one of four new classes, and are tasked with preventing one of the original heroes, who has been corrupted, from bringing ruin to the world. The story serves its purpose of giving players a reason to head off for the next quest goal but for the most part is pretty negligible, with the exception of a few rare quests of interest.

The options for character creation are expanded from the original; there are now four classes and each class has options for its gender, hair, and face. Pets also make a return, with a number of new creatures added. The pets are welcome companions, assisting the player by participating in combat, learning spells, being able to summon minions of their own, and even travelling back to town to sell loot and buy potions so the player doesn’t have to. 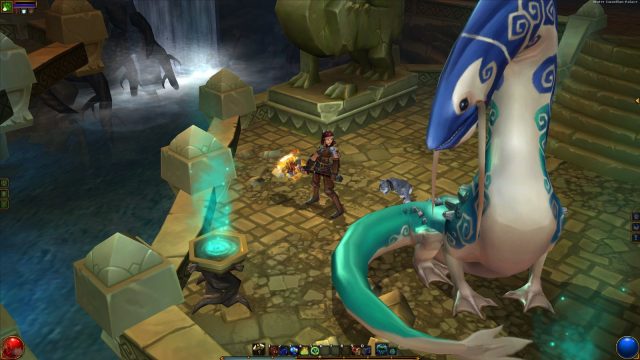 One of the few creatures that won’t try to eat you.

Basic gameplay follows the template used by other isometric and top-down action RPGs. Players move using the left mouse buttons and click on enemies to attack. There are a wide number of skills and spells available, with numerous ways to activate them through various hotkeys and on-screen icons. The game allows for a lot of variety in builds and play styles, with each level up providing points to add to attributes and to upgrade and learn skills. Also provided is a lot of variety in equipment with no class restrictions, with the exception of some unique loot, although a number of skills require a certain weapon type. Loot in the game is plentiful, but fortunately the game makes it very easy to compare picked up loot with that currently equipped and to switch it into the pet’s inventory so it can be quickly sold. There will always be the occasional pause midway through a dungeon to conduct some inventory management, however, outside of these pauses the pacing is quick and keeps the action going at an engaging level.

The dungeons are randomly generated in terms of overall layout, but specific areas like boss arenas are preset. This means that when playing multiplayer or a new game plus, it isn’t a matter of simply retreading old routes, and the highly enjoyable exploration experience that the dungeons provide is always there. There is always a danger of such generated dungeons becoming generic and repetitive but it is pleasing to report that the danger has been negated as well as could be hoped for. A number of tougher enemies and special challenge zones litter Torchlight II‘s areas, providing fairly regular breaks from the usual fodder (who can still pack a punch if players aren’t paying attention) and making sure things don’t get too repetitive. The player character can become briefly stuck in a crowd that’s difficult to maneuver out of, but these situations are rare and typically caused by charging in too wildly rather than through any fault of the game.

With the exception of Hardcore mode, where death is permanent, players can respawn without too much consequence. A percentage of gold can be paid in order for the deceased character to reappear either where they died or at the map entrance. Alternatively they can respawn back in town for free. There are four difficulty options to choose from plus a toggle for the aforementioned Hardcore mode. The Normal difficulty is a decent, but not especially challenging, level for newcomers, so experienced Torchlight players will likely want to jump immediately into Veteran. 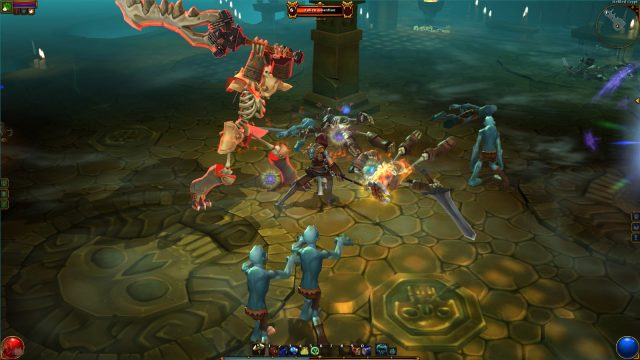 Difficulty in multiplayer is handled well, with monsters increasing in toughness depending on the number of players. While it’s certainly not necessarily to enjoy what Torchlight II has to offer, there can be no denying the enjoyment of playing the game with others and it adds a more than welcome dimension to the game. Those afraid of having their loot taken by comrades need not fear, as players get their own sets of loot visible only to them. There is plenty of postgame content for players to sink their teeth into after completing the twenty hour or so main campaign, either by tackling one of the main postgame dungeons or by starting a new game plus, which keeps the player’s progress but levels up all the opponents to match. New game plus might disappoint some, as it isn’t possible to notch up the difficulty, so those hoping for a greater challenge in the main story will need to start a new character. The game has also been created with the modding community in mind, so even if Runic’s postgame options run out there will likely be plenty of fan-made offerings.

Visually the game looks great, even on less powerful computers, and for the most part runs very smoothly. The art style is great, the environments are all nicely varied, and the UI is clear and easy to use. Even when hidden behind terrain, it’s easy to see where the character is and to click on enemies thanks to a coloured outline that appears for any combatant potentially obscured. Spells and skills are all beautifully animated, and it’s incredibly satisfying to see enemies explode upon being finished off with a critical hit. Voice acting is generally rare, but it doesn’t feel like the game is missing much without it. The key quest givers and few animated cutscenes are voiced, and it’s functional for getting the next task across, but there’s not enough of it to have any major effect and can be easily ignored without anything being missed.

For me Torchlight II was an immensely enjoyable experience from start to finish. The game is more than welcoming for both fans of the original and newcomers to the series and is high amongst the better gaming experiences I’ve had this year. It might not bring anything particularly new to the genre, but those who choose to pick it up will be provided with superb value for their money. 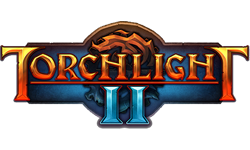