A Soft Place to Land

No matter how much I try to love the Rune Factory series, I always find myself enjoying the ideas and despising the execution. While Neverland constantly tweaks each title, it’s often one mighty step forward, and a huge leap back. While I’ve played every title except Frontier to completion, I feel like this series has so much to prove, but doesn’t push the envelope enough to have it stand out in the crowd. While Rune Factory 4 is a solid entry into the series, it has some unfortunate missteps that the series is sadly known for, but refuses to change.

Rune Factory 4 begins when the player’s airship is invaded and the main character is bonked on the head, causing amnesia. Tossed out of the hijacked airship, our hero (or heroine) is dropped into the town of Selphia, where he is mistaken for royalty. It is up to the player to uncover the mystery surrounding the Earthmates, beings who possess great power which the Sechs Empire wishes to harness. In terms of story, Rune Factory 4 offers a mixed bag. The story is sectioned into two large portions and post-game content. The first half of the game has players gathering Rune Spheres to uncover a greater mystery and is clearly the more engaging plotline. Players are then met with a cliffhanger that promises more than it actually offers. The second half consists of the Sechs Empire and its megalomaniac leader who needs to be stopped. While the first plotline is a lot more engaging, the second half is much weaker and generic.

The plot problems in Rune Factory 4 ultimately boil down to the game’s bizarre pacing. While it’s very clear that Neverland had an extensive story that it wanted to tell, it seems peculiar how fast the first half of the game goes, and how long and drawn out the second half is. The second half drags the plot out with a lot of exposition and minimal development, whereas the first half moves lightning fast but is at least consistent, giving players a lot more satisfaction in what is being accomplished. There are certainly areas of the game that are excessive in terms of pacing, the major offender being the final dungeon and its unnecessarily long final boss fight that adds nothing to the overall story and causes the endgame to feel padded. 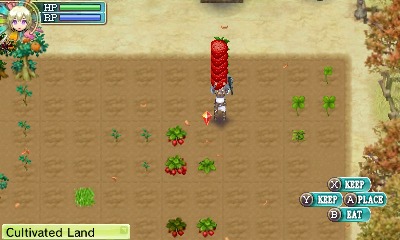 That’s a lot of strawberries. Time to make strawberry jam!

Fortunately, there are some redeeming elements to the story. The interaction between the player and the townspeople is great, and it’s interesting to see the conversations being had. While friendship takes a lot longer to raise in Rune Factory 4, players are always treated to more dialog options as friendships increase. It’s also a lot easier to know what the townspeople enjoy as gifts, which is nice. Moreover, there’s so much to do in town and the amount of multitasking is reasonable. Players are going to be filling requests, mingling, cooking, crafting, forging, and farming their way to success. Bringing tourists to Selphia is part of the fun, though its connection to the overall game doesn’t seem as important as it could be. With the new Prince/Princess Orders system players can upgrade their town, but the game doesn’t push this system hard enough, as there’s little cosmetic proof to show for it.

Even more odd is that the cooking, crafting, forging, and farming systems take a lot longer to level up. There is a lack of incentive to play with these systems as there is no real reward for doing them. Farming doesn’t affect dungeon crawling, whereas crafting and forging only help towards dungeon crawling. Players can completely ignore these sections because they are not drilled to be as important or influential as it could be. These sections are also very time consuming and require a lot of repetition and patience, which is understandable, but there needs to be more of a drive to use these systems and connect them more to the town-based aspects. They are certainly a necessity for ensuring that players have the best equipment and items for the final area, but these systems need to start taking a more predominate role and have bigger pay offs so that players will actually want to use them.

Although many of the systems are there purely to offer more activities, Rune Factory 4‘s festival may be one of the best in terms of implementation as the main focus is on interaction. The game does a much better job than previous installments encouraging players to interact and participate in the activities, and the rewards are often much greater compared to completing requests or doing chores. The townspeople and monsters can also be taken into combat, and serve as more than just meat shields, providing far more competent support compared to previous titles. These smaller improvements definitely give players more of an incentive to use the NPCs more, as well as want to actively participate in the various activities.

While there is certainly an improvement and emphasis on recruiting companions in Rune Factory 4, the combat system still continues its trend of mindlessness. Once again the combat system is button mashy, lacking any depth. While there are more weapons to tailor to each player’s style, it doesn’t excuse the awkward hit detection and lack of variety in terms of skills. Players are still equipping moves and spells, but there’s no need to experiment. While it’s important to pay attention to certain enemy types that can absorb magic, most of the enemies can still be slaughtered with brute force and little thought. 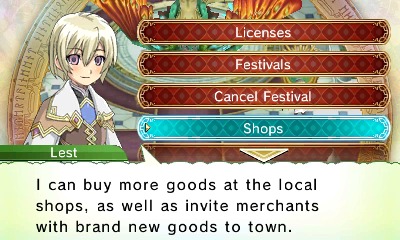 If there’s a task that must be done… don’t turn your tail and run!

One area where a lot of thought has been placed is the menu, which has received a lot of tweaks to how players interact with it. The shortcut system is very intuitive and an excellent touch, meaning players no longer have to fumble through cumbersome menus in order to find what they are looking for. The bottom screen also features an instant teleportation shortcut, a notebook, and a request guide, all placed conveniently at the player’s disposal. This improvement is easily one of the best aspects as it provides much more ease in terms of navigation.

Another stand out is the localization, as XSEED did a remarkable job of keeping the text fresh and entertaining. There’s a lot of humor and personality, which adds a lot of charm and quirkiness to the cast of characters. XSEED managed to keep the text engaging, and did the best they could when parts of the game were exposition-filled or excessive. Considering the massive size of Rune Factory 4, XSEED has impeccably ensured that the narration is at least lively.

What Rune Factory 4 needs is some lively music. The tracks are solid but once again don’t do enough to stay memorable. It’s quaint and pleasant, setting the tone well. The voice acting is minimal, but what is there is quite good, and in a way it’s a shame there isn’t more of it. Graphically, Rune Factory 4 looks much better than the last incarnation on DS, but still has moments that feel very low quality. Monsters still get stuck in the environments, and there are instances of graphical clipping. Still, the vibrancy and color is fabulous, the anime portraits are wonderfully expressive, and it would have been nicer to have more of the gorgeous anime sequences.

Do I feel that Rune Factory 4 is the best one to date? Not by a long shot. It’s definitely an improvement over some of the previous games, but it still continues to improve in the small areas, meanwhile there are issues that continuously stay unchanged and abundant. Rune Factory 4‘s strengths in terms of interaction shine, but it lack of depth in combat and poor pacing causes the game to fault more than it should. It’s a solid 3DS title with tons of content to explore, but while the refinements are minimal, it doesn’t do enough to launch itself into greatness. 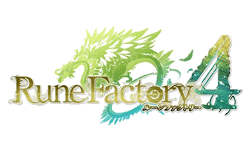