Welcome to the Multiverse

Capcom conjured up great expectations on Dragon’s Dogma, getting the expertise of staff members who worked on the company’s more successful franchises such as Resident Evil and Devil May Cry, and the result has gone a long way towards realising those expectations. An excellent battle system featuring some thrilling boss fights and varied quests that encourage exploration help provide a great foundation to a very enjoyable experience with widespread appeal. While it’s not all perfect on the first try, Dragon’s Dogma gets enough right to make it a very welcome addition to the genre.

The player takes on the role of the Arisen, a fully customisable character whose heart was literally stolen when a dragon attacked a coastal village in the Duchy of Gransys. Miraculously surviving this organ theft, the Arisen is challenged by the dragon to retrieve the missing heart. It quickly becomes apparent that this is a cycle oft repeated in this world, as many former Arisen populate Gransys. Even the tutorial character is one of the main character’s predecessors.

The Arisen is accompanied in his journey by the pawns; otherworldly, unaging beings from the Rift whose sole purpose is to assist the Arisen. Pawns are one of the game’s highlights, working as additional party members, keeping the player informed of good tactics for the current battle, and providing helpful advice for the quests the Arisen is on. Where the solo and quiet travelling in other open-world games can sometimes make for a lonely experience, Dragon’s Dogma‘s pawns help bring a more friendly and accessible atmosphere to the adventure. As quests become more protracted towards the end of the game, the pawns’ limited vocabulary does start to wear thin. However, their teamwork in battles, helpfulness for quests, and the enjoyable sensation of travelling with comrades easily outweighs any repetition.

Players can fully customise their main pawn, with the other two spots filled by other pawns from the Rift. A connection between the games of players throughout the world, the Rift effectively forms a multiverse and players can hire others’ creations, or the in-game pawns, to assist them. Hiring those pawns of a higher level than the Arisen costs Rift Crystals (unless the players are friends on their console network), which are earned when quests are completed or their pawn is hired by other adventurers. Offline players have access to the in-game pawns, but are unable to make full use of the feedback and knowledge system that rewards players should their pawn assist another Arisen. Despite the strict single-player nature of the rest of the game, the pawn system is an excellent way of encouraging a community and getting players to feel connected. 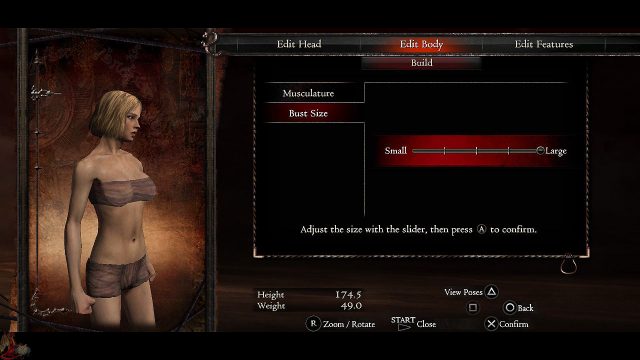 Capcom has ensured that all the important areas can be customised.

The quests tied to the main story and major side-plots provide the meat of the game, but there is a good reserve of gravy in the form of noticeboard quests. These are the standard creature hunts, item collections, and escort missions that will provide the player with a steady flow of cash and experience. Escorts also form part of an affinity system, where players can ingratiate themselves to virtually all of the NPCs, although the point in raising affinity with those townspeople not involved in major quests is nearly non-existent. Two areas prospective players might have an issue with are the restrictive systems for fast-travel that leaves players frequently retracing certain routes, and a single slot autosave system that leaves players unable to redo any accidentally selected choices.

Some quests have multiple methods for completion, which can result in greater tangible rewards (such as experience or better store stock) or different outcomes for the NPCs involved. The effect of the choices is negligible on the events of the main story itself, with the exception of a couple of obvious options in the end-game. The story in Dragon’s Dogma does have its moments, saving the most interesting parts for the beginning and end, but is very unlikely to wow anyone. For the most part the writing is functional but lacklustre, and the majority of plot events are not particularly memorable. The level of explanation and background on events is very light, which admittedly works well in some quests but not in a lot of others. Affinity also suffers from a lack of immersion, with effort spent building it up having little effect outside of selecting which character has an involvement in the ending and a few pretty generic lines.

Players can choose from three initial vocations for their Arisen and pawn: fighter, strider, and mage. On top of these there are six additional vocations, unlockable early in the game. Warrior, ranger, and sorcerer are more specialised versions of the initial vocations using different weapons and skills, while mystic knight, assassin and magick archer are hybrids of the initial three. Players can change the vocation of their Arisen or main pawn and their skills at any rest area, but there are some provisos. Pawns are unable to use the hybrid classes and the more powerful skills for each vocation are only available after a lengthy period of use. Each character is permitted three skills for their primary and secondary weapons (the single staff wielded by Mages and Sorcerers receives both the primary and secondary weapon skill slots). Using skills is a simple matter of holding one of the shoulder buttons before pressing an attack button, and the rest of the controls are equally intuitive and easy to grasp. 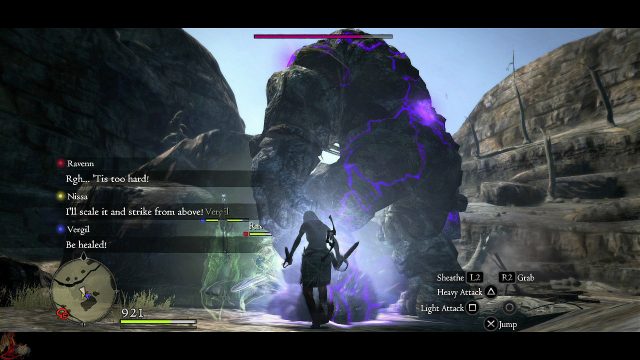 Were you honestly expecting it be soft?

The action template of battles is superbly utilised, requiring differing strategies depending on the types of enemy faced. Despite the simple controls, a great level of depth is reflected in the battle system, with combatants’ height, weight, body shape and positioning all being accounted for. The pawns’ AI is solid, selecting the right strategies to take on each enemy they have experience against, and when facing a new enemy they learn quickly. The larger enemies, such as Chimeras and Hydras, are of particular note and provide some appropriately lengthy and epic battles, oft requiring more complicated strategies, such as melee characters scaling the creature, to cause maximum damage. A day-night cycle adds further dimension and atmosphere to the game, with the sunset heralding more dangerous foes and all but removing long-distance visibility. Encumbrance also plays a bigger role than simply limiting the amount of supplies carried; characters holding lots of items will move more slowly and lose stamina more quickly, encouraging a good balance between stocking up on restorative items and travelling as light as possible. Most players will find adequate challenge in the static-level enemies, although fairly generous experience rewards mean those with even a halfway-balanced party should find it rare to get stuck in some areas. Those looking for a sterner challenge have some difficult optional fights, but may have to rely on artificial increases within the main quest-line such as not hiring any pawns.

Dragon’s Dogma provides some stunning scenery and keeps the environments interesting throughout. The character models are decent but nothing special in terms of detail and the art style is nothing new. Creating a personalised Arisen and pawn is easy using the strong customisation options and featured NPCs are immediately identifiable, but a lot of the unimportant NPCs are very generic. The PS3 version has an occasional issue where music will skip or the frame rate drops greatly for about a second, which doesn’t occur often enough to be of any real annoyance but it is clearly noticeable when it does. Voice acting is on the whole very good, with a wide variety of accents and a good localisation that introduces extra character to the world by using language patterns and words thematically appropriate for the setting. The music is not right up there with the most memorable soundtracks but it is solid, atmospheric, and matches the game well, even the cheesy rock track that plays out on the startup screen.

The wide expertise of the development team has shown through, and it’s very easy to see the appeal of Dragon’s Dogma to many sections of the RPG fan base. There are areas for improvement, most notably on the storytelling front, but Capcom has produced a thoroughly entertaining adventure with widespread charm. With the world outside Gransys yet to be explored, Capcom has the option of further diving into Dragon’s Dogma‘s world and, based on this initial very solid outing, taking that option would be a most welcome decision.