In games where a small group of heroes forms the fighting party, players tend to pay attention to all the characters even if they don’t connect with them; however, Battle Hunters encourages a different approach with 28 warriors of very diverse backgrounds and abilities, so players can focus on their favorites and personalize their experience. Having a world full of colorful characters and powerful bosses, Battle Hunters invites players to recruit fearsome fighters to stop evil threats. A journey with a fun battle system against bountiful foes awaits those who are thirsty for fighting and exploring magic lands.

The main goal of the game’s heroes is simply to eradicate evil. It all begins at a campfire when a man projected as a hologram who asks a warrior to begin a quest. Without a lot of questioning, this hero begins his journey finding many allies along the way. The variety of fighters is interesting because, aside from the stereotypical fighters (wizards, archers, and knights), there are plenty unexpected recruits, such as a winged lizard man, a marine, and a superhero. An important part of the game is obtaining new allies, which is an easy task: some of them simply join after they are found, while others enroll after receiving a specific item. At times, the events of the story happen too fast and that characters join without strong convictions, fighting against an enemy they don’t even know. Luckily, the story is not the core of the game. 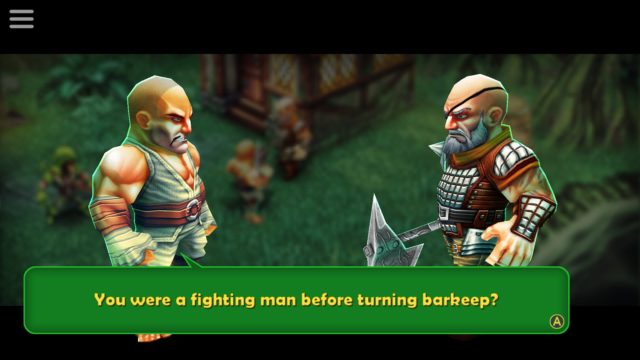 As the name suggests, the essence of the game is fighting, and the active battle system that freezes time when the player needs to select a command is where Battle Hunters is at its strongest. Players select a command for each party member at the beginning of the battle. After the initial selection is made, fighters begin following their commands, yet the actions — attacking, defending, moving, consuming an item, or using an special ability — can be changed at any moment by selecting that character. As a result, the game offers a strategic action-based experience that focuses on choosing the exact moment to restore health, move, defend, or use a powerful ability. Since special abilities can completely change the turn of events in a battle but need time to recharge, it is crucial to have good timing to unleash them. Although the battle system sounds a little complex at the beginning, it’s easy to pick and enjoy after just a few battles. Additionally, every battle feels fun and challenging because enemies have some unexpected attacks. If the challenge becomes too great, players can choose among three levels of difficulty.

Active party members receive experience after each battle but tend to finish with very low health, while characters outside of the three-warrior party recover health but gain no experience, making the rotation of characters necessary. Since each character has three unique abilities and different stat strengths, there are many different combinations to form a party. Players may initially intend to use all of the fighters, but it becomes practically impossible to maintain a viable level as the difficulty increases. The best option is to pick a primary party and select a few others to act as secondaries. Moreover, farming experience isn’t easy because enemies disappear after they are defeated, and the training spots with respawning enemies need time to recharge. When characters level up, they gain points to upgrade their stats, power up their abilities, or reduce the time it takes for an ability to recharge, allowing players to grow their characters as they they see fit, feeling consistent with the personalized approach of the game. 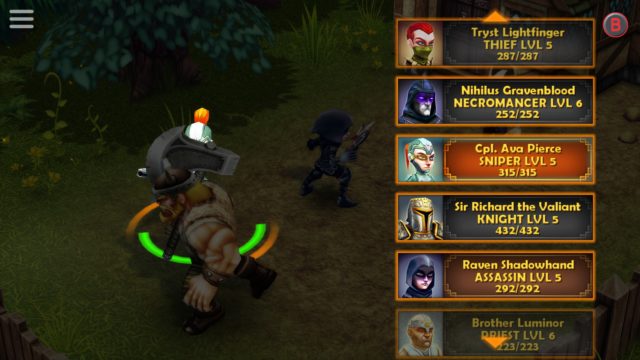 There is a huge array of allies to choose from.

Another important part of the game is exploration. Besides facing enemies that cause trouble to denizens, warriors find merchants to buy food, potions, or spells. Merchants do not sell weapons or armour because characters’ equipment cannot be changed, but there are three talismans that can be found and upgraded as the story progresses that include bonuses for the entire party. As heroes traverse the different scenarios, they’ll also find locked places, treasure chests, portals, training spots, dungeons, and items needed to progress in the story or to reach new places. Therefore, the main cycle of the game is defeating a group of enemies, getting an item from a chest or denizen, and using this item to access a new place. It’s a monotonous mechanic, causing the game to feel repetitive after a while because all scenarios include very similar features and dungeons, even when they have visual differences and diverse enemies.

In addition to their unique abilities, characters come with a clever name that serves as a short description as well as subtle visual details. It makes good use of colors, matching the tones of the outfits with those of the warriors’ powers. In addition to characters, scenarios have particular tonalities that visually differentiate them from the others, allowing them to feel unique. Although visuals may not be groundbreaking, they keep the aesthetic experience interesting. Some characters look imposing carrying enormous weapons and unleashing devastating attacks with great animations. Music and sound effects are good yet scarce. Different tracks would be a great upgrade for some particular moments. 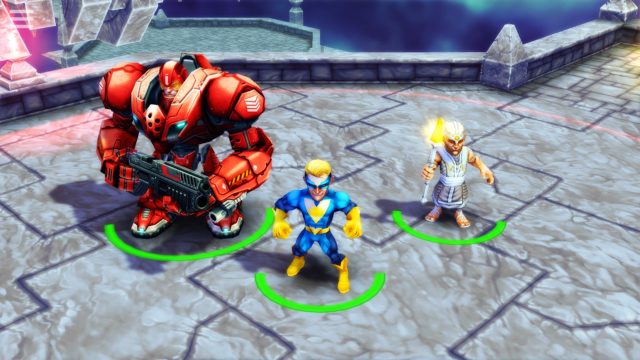 Some characters have enormous weapons and imposing armours.

It takes around 15 hours to finish the game’s story, but it can be done without finding all 28 possible fighters. Players who want to assemble the complete team may take longer as to enlist all possible allies, scenarios need to be revisited to access areas initially beyond reach. Inside these newly opened places is where a new character or an object needed to recruit one appear.

Having 28 different characters with very distinctive visual traits, Battle Hunters offers many ways to join forces and defeat enemies. If story isn’t an important consideration, this game is definitely a good choice with its fun battle system. Those seeking battles and recruiting allies should gather their favorite warriors to face a vast collection of foes.