Cygnus Enterprises is an isometric action RPG with a strategic base-building sim elements developed by Team Miaozi, currently avalaible now in Early Access on Steam. We had the chance to ask the Creative Director Eva Jobse and the Lead Designer Oleksandr Pankov for Cygnus Enterprises some questions about the game and future content development plans.

Johnathan Stringer (RPGamer): Could you give us a brief description of Cygnus Enterprises?

Eva Jobse & Oleksandr Pankov: Cygnus Enterprises is an action RPG mixed with base management simulation where the player must switch between fast-paced combat missions and relaxed base management gameplay. While combat missions help to advance through the story and get some rare resources, base and non-combat events serve as a space to rest from combat and to power up the character for future coming challenges in combat, as well as unlock new features and mechanics. The player is put in charge of a derelict outpost on the remote planet Mytilus. The player has to restore their base to working order, before exploring the rest of the planet, in order to find out what happened to the previous crew and what caused the base to end up in a dilapidated state in the first place.

EJ & OP: Cygnus Enterprises should appeal to players that like action RPGs such as Diablo, Helldivers, The Ascent, and others, but are also into crafting and management games such as Animal Crossing, The Sims, Subnautica, and Stardew Valley. Players will enjoy having their own space in the game world which they can customize to their taste and populate with characters they like. 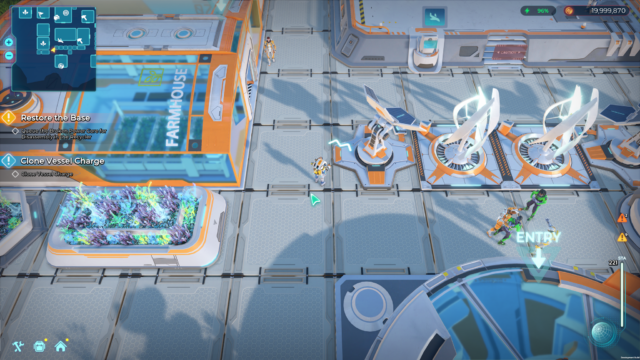 EJ & OP: Cygnus Enterprises draws inspiration from a wide range of other games and science fiction media. One of the major inspirations was old Star Trek and really wanting to develop a science fiction universe that is bright and positive. We reasoned that in order for the player to care about the base and employees, it should be situated on a planet that was beautiful and be a place that players would actually want to live in. The main gameplay inspiration sources for combat were games like Helldivers, The Riftbreaker, Diablo 3, and some other top-down twin-stick shooters. The bases take some vibes from Subnautica, Stardew Valley, Rim World, and other such games focused on long-term base management.

JS: Is the game more narrative driven, or is it a more random base management simulation?

EJ & OP: Cygnus Enterprises is both. The game features a strong narrative with seventeen handcrafted storyline missions, as well as open-ended gameplay by progressing in the base and engaging in repeatable side missions. Both aspects of the game will be expanded in future updates that include further storyline missions and more buildings and employee-management related features for the base.

JS: The game is now in Early Access. How long do you expect it to be in Early Access before a full release? Will there be new content created during this phase, or just ironing out the gameplay?

EJ & OP: The early access phase should last six-to-nine months during which at least two major updates will be released. Each update will contain both new content such as new environments and storyline missions, as well as improvements to the existing features and content.

JS: What are some of the ways players can customize their character and base during the game?

EJ & OP: The player can customize the main character to their tastes, and all armor pieces are represented in 3D on the player’s avatar. The base can be customized in terms of layout and location of buildings, and later there will be some requirements for beautifying construction like plant bays. Also, employees can be equipped with different gear that will change their appearance on the base. Gameplay-wise, players can change their playstyle by mastering different weapons and investing their attribute and skill points into different skill trees that greatly change the combat part of the game. The game features six classes from which players are free to mix and match skill selections at will. 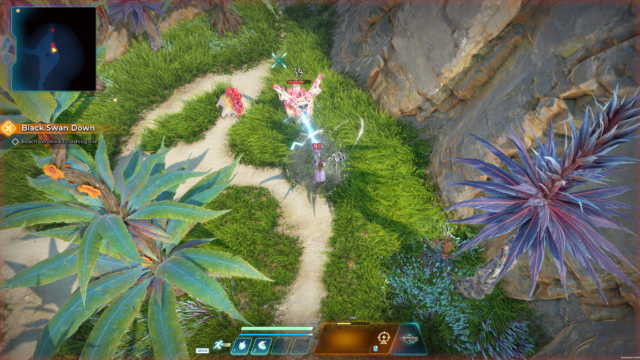 JS: How long will a typical playthrough take?

EJ & OP: Currently the early access version of Cygnus Enterprises features roughly twelve hours of content, but we are going to extend this in future updates. Combat missions typically take around ten minutes to resolve, after which the player is returned to the base and free to spend as much time as they like to manage their employees and spend their newly obtained resources on constructing new buildings and crafted items. Before version 1.0, we plan to deliver to players thirty-to-forty hours of unique content and additional replayable late-game content that generates randomly for as much as they want to play.

JS: What are the upcoming development plans for the team?

EJ & OP: We have two major free content patches planned before we consider leaving Early Access, and we will also provide regular updates that contain bugfixes and small improvements to the game. We are gathering feedback from our Early Access players and community to spot any issues and take suggestions for gameplay improvements to heart.

We want to thank Eva and Oleksandr for answering our questions on Cygnus Enterprises. This action RPG mixed with strategic base-building is available on Steam Early Access. We look forward to seeing how the game expands in future content updates.