One of the trendiest visual styles in gaming today centers on the tiny pixel. There seem to be more pixel-art or sprite-based RPGs than ever. Reminiscent of the ‘90s golden era, they recreate the look of bygone role-playing games, trying to recapture their feel. But there’s more to these titles than mere callbacks to the sprites of gaming’s past. Thanks to technical advances, today’s game engines boost pixelated graphics well beyond their forebears. It’s these modern visual affordances that make retro-styled RPGs impact players with more than just nostalgia. At the risk of hyperbole, they’re a dream come true. 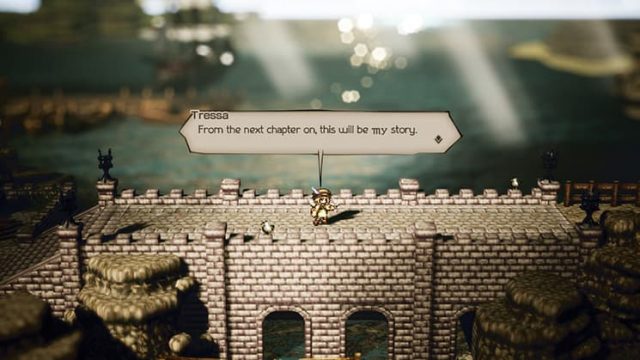 The crystal-clearest example of this is the HD-2D engine showcased in Octopath Traveler. The game beautifully blends low-resolution pixels and sprites with high-resolution lighting and particle effects, as well as pseudo-3D environments. It’s a striking juxtaposition that works wonderfully and the ingenuity of it allows the style to attract both RPG veterans and newcomers. The allure I find in this aesthetic is how it not only reminds me of the fun I had playing RPGs in my childhood, but also the fantasy I once imagined being possible in future RPGs.

I’ll never forget playing Final Fantasy VI (FFIII on Super NES) as a teenager and how the game wowed me with its detailed pixel art; I simply had not seen anything like the magic effects it cast. As impressive as the graphics were at the time, I recall imagining how much better they could look in the future. Fast-forward to the present, and now a fully-rendered magic spell superimposed atop simple pixels looks as flashy as I envisioned decades ago. This is how today’s modern pixel-art RPGs shine in my eyes: they present the pixels of the past and combine them with once-futuristic visuals, fulfilling the wishful imaginings I had when younger, practically making fantasy become reality. That said, the ultimate fulfillment would see FFVI get the HD-2D treatment, which is why it’s time for Final Fantasy VI Remake. 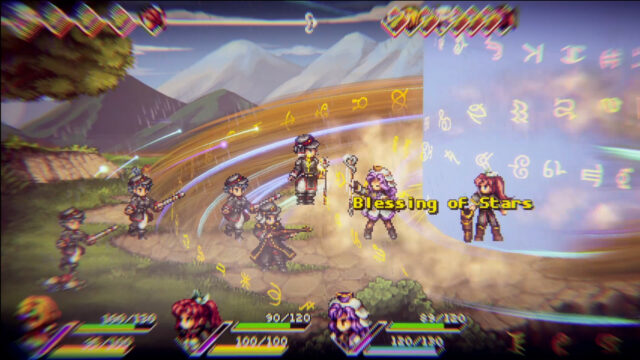 Seeing sprites gleam with high-definition polish excites the kid in me. For lack of a better term, I’ll call it neo-nostalgia. Regular gaming nostalgia reignites former good vibes in players. Neo-nostalgia intensifies those vibes beyond mere recollection of the plain pixels of yore. It means remembering how I once thought an RPG could look better and then realizing recent pixel-art titles fulfill that potential. Today’s RPGs effectively blend old and new visuals, utilizing the latest advancements to enhance their look and feel rather than just being retro for the sake of it. This means players like me are not only able to enjoy an art style they loved in the past, they’re also awash in appreciation of things like brilliant lighting and particle effects, which make role-playing worlds and battles shine like never before.

More than just shiny, modern pixel-art RPGs are also savvy because they attract contemporary gamers too. I think it’d be hard for younger players to get into an RPG that was purely a pixel throwback, lacking any advanced visual goodies. Games like Octopath Traveler, though, effectively impress today’s players through both higher-resolution imagery and higher frame rates. The HD-2D engine creates a quasi-3D world with convincing parallax and lighting/shadow effects. It also employs something like the tilt-shift effect (a photography technique), which adds a sense of depth to an otherwise flat sprite-based motif. These futuristic touches to traditional pixels make such visuals more engaging to modern audiences. 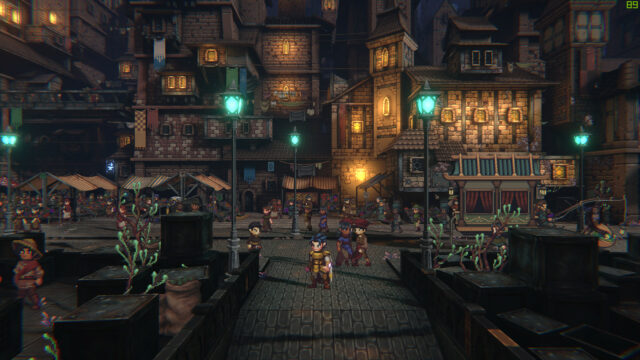 The path blazed by Octopath Traveler seems to have fueled more than a mere fad. Apparently, it inspired a new trajectory for many indie RPG developers as well. While Square Enix is preparing to release Triangle Strategy and has Dragon Quest III HD-2D Remake in the works, several indie studios are planning to bless gamers with gorgeous retro-styled titles. Based on all the “love letters” being sent by way of pixel-art RPGs, many must be head-over-heels for such neo-nostalgia games.

In just a few short weeks, DANGEN Entertainment and Stegosoft Games will release a new pixel-based title, Rise of the Third Power. While it doesn’t exactly match the HD-2D look, it presents magic special effects created in Unity that resemble Octopath’s with what appears to be vivid luminosity or volumetric particle effects; it’s certainly more vibrant than RPGs of yesteryear. Another upcoming game in the vein of HD-2D is SacriFire, developed by Pixelated Milk, whose very name invokes pixel nostalgia. The game’s pixel-art style mixed with 3D-like exploration and realistic lighting is stunning to see. Then there’s the upcoming RPG Sea of Stars by Sabotage Studio that promises its pixels will be augmented by the contrast of dynamically rendered lighting and shadow effects. These three titles alone show a recent pattern of neo-nostalgia-infused pixel-art games. 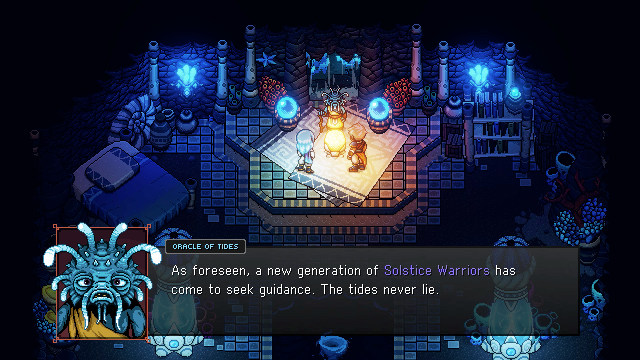 Sea of Stars promises a beautiful blend of pixels with dynamic lighting.

Today’s cutting-edge RPGs push the visual boundary, using photorealistic textured polygons in full-3D worlds. But there seems to be as much success in the other direction, where quaint pixels are exquisitely juxtaposed with fancy graphical flourishes. It’s exciting to see many developers using artistic license by taking what’s retro, adding what’s modern, and making it work surprisingly well for veterans and newcomers alike. Real-time lighting on sprites may be an unconventional amalgamation, but it casts neo-nostalgia on players in a way that conventional 3D RPGs can’t. Such an innovative aesthetic is impressive and often just as engaging as other role-playing titles today. And when both the kid and the adult in a player are engaged, modern pixel-art RPGs shine brightest.