The recent announcement of Dragon Quest III HD-2D Remake in the glorious retro HD-2D style reignites a call that many RPGamers have made previously: Final Fantasy VI Remake. Of all the 16-bit golden RPGs, Final Fantasy VI is the best candidate to recycle with the HD-2D treatment. A new generation of players would enjoy the greatest access to the masterpiece, and RPGamers of yore would be awash in nostalgia.

Those calls have become a more powerful drum beat, signaling that the world is ready for Final Fantasy VI Remake in HD-2D graphics. Games like Octopath Traveler, Dragon Quest III HD-2D Remake, and Secret of Mana Remake strongly suggest that high-def reinventions of low-res pixelated adventures have great potential for success, so there’s little reason not to apply the HD-2D technique and reinvigorate other classic RPGs. If only one more was to receive the magical HD retouch while maintaining the traditional 16-bit pixel artwork, Final Fantasy VI is it. 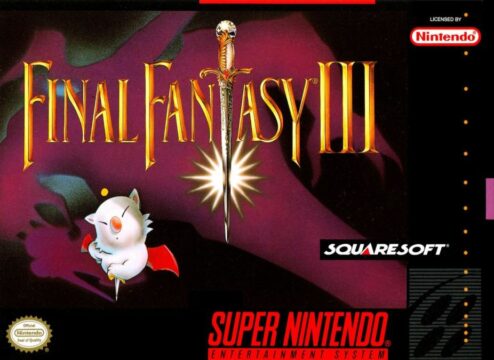 Back when the title was Final Fantasy III on the Super NES in America, it was the first RPG that I ever encountered. The game holds a unique place in my fond memories because when I first played, my high hopes were dashed as I didn’t understand it. With its plodding dialogue, numerous menus, and lack of real-time action, I was befuddled. Town environments lacked platforming and instead were filled with many NPCs to talk with, which didn’t compute in my arcade game frame of mind. It was after a friend walked me through the first part of the game, showing me what it was all about, that the confusion debuff was removed. That’s when it finally clicked, and I discovered that FFVI was an epic work of art and the RPG genre was a vast world of immersive gaming plus storytelling.

Thanks to that enlightenment, I wish to relive the magnificence of FFVI with the gorgeous modernization of sprite-based graphics in Square Enix’s HD-2D engine. Having experienced it firsthand in Octopath Traveler, this high-def treatment keeps the tangible 16-bit square pixels and casts a spell of warm familiarity with them. Then it makes them shine with realistic lighting effects and breathes life into them with fluid animation. The combo of quaint and cutting-edge art design topped with quasi-3D environs to explore somehow captures the 2D style of the past while adding depth for fascinating accessibility. The HD-2D engine showcases harmonious juxtaposition with a masterful balance of classic and modern gaming graphics. 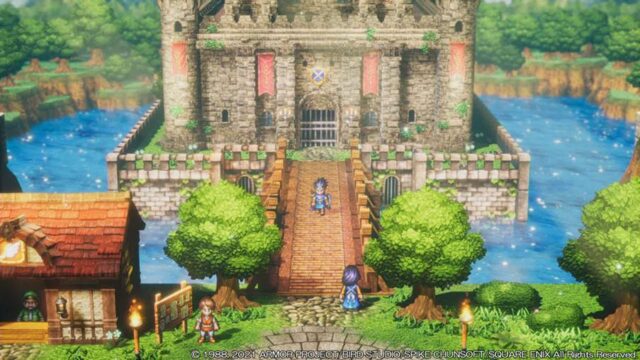 Picture this DQIII HD-2D setting as Figaro Castle in the desert from Final Fantasy VI.

No other sprawling adventure could be better complemented with pseudo-3D dungeons and towns, life-like lighting, and magic spell particle effects than FFVI. The game has one of the largest and most diverse cast of characters, all of whom would play great in such a wondrous presentation. To further enhance the game, Nobuo Uematsu’s wonderful soundtrack should be rearranged for and recorded with a full orchestra, while retaining some of the blips and beeps from the original, providing sound and music design akin to the treatment found in Dragon Quest XI S: Definitive Edition.

With updated aural and visual delight, FFVI Remake would stoke the fires of fondness in many RPGamers, treating them to nostalgic nirvana. For fear of getting in spoiler territory for those newcomers who would be attracted to such a release, imagine the infamous scene with the devilish Kefka at the water’s edge remade with 3D depth, sparkling water turned dark, all dramatically illuminated or overcast with realistic light and shadow. Re-envision the World of Balance thrown into chaos, a World of Ruin in stunning HD-2D. Picture Magitek and Espers refreshed in new spectacular fashion. FFVI Remake would enthrall players and also enrich developer Square Enix, who could position the HD-2D remake in contrast to the style that FFVII Remake enjoys. 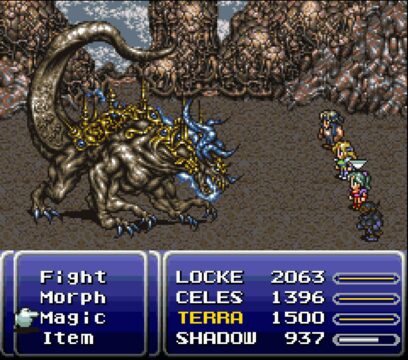 Beyond blessing those who played through FFVI before, a remake would put an excellent game in the hands of a new generation of players to experience it for the first time. The HD-2D graphics would be enough to modernize the classic 16-bit era style for newcomers to grasp. Along with that, all the modern quality-of-life improvements could be smartly added. For example, simple things like the option to turn off random encounters at will or increase battle speed would be a great start. Also making matters better, a new fast-travel system could be injected into the overworld.

With such a great game and great modernization techniques, now is a great time for developers to create Final Fantasy VI Remake. The game deserves to be relived by older gamers and discovered by newer players alike. Access to both the nostalgic and the new might be too good to be true, but it really is time to make this dream a reality.