The Legend of Heroes: Kuro no Kiseki Introduces Alignment System

Nihon Falcom provided new details and screenshots for its latest title in the Legend of Heroes series, The Legend of Heroes: Kuro no Kiseki. The developer detailed the game’s new L.G.C. Alignment System, in addition to introducing two more characters.

Kuro no Kiseki gives protagonist Van values for Law, Gray, and Chaos based on player decisions and sidequests undertaken during the game. The values will affect Van’s stats as well as some story elements, including some of his allies and adversaries in later events; for example, a high Law value will find Van in good standing with the Bracer Guild. These values can be affected by how players choose to complete sidequests. One example shown sees Van choosing to return certain items while confessing to something, which satisfies both the client and Van’s companion Agnes, while another option sees him only returning the items, which Agnes is less happy about. 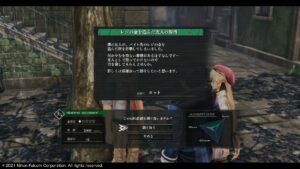 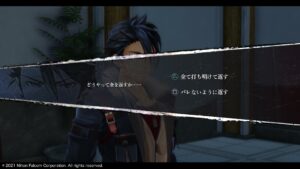 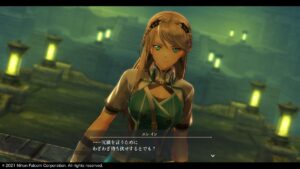 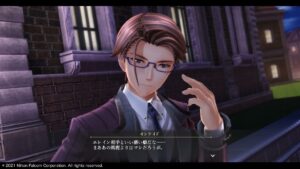 The two new characters introduced are childhood friends of Van. Elaine Auclair is an elite Bracer and the youngest to become an A-rank Bracer in the Calvard section of the Bracer Guild. She is popular within Calvard and her fondness for traditional swordsmanship and weapons gives her the nickname “Sword Maiden”. Meanwhile, Rene Kincaid is an agent in the Central Intelligence Department’s Integrated Analysis Office. Both he and Van take advantage of each other’s respective positions for their own benefits.