Long time, no chat! It’s been three months and I played a bunch of games. I won’t lie, but after dealing with Biomutant I was in a gaming slump for the rest of May. I couldn’t get that sense of fulfillment from games, and then somehow I found my stride again. Life has been mostly good in those few months, especially with two doses of vaccine in my arm, as my husband and I are trying to reintroduce ourselves back into the world. Heck, we even went on our first date in the great outdoors! LOOK AT MY BASKET OF STRAWBERRIES! LOOK AT THEM! 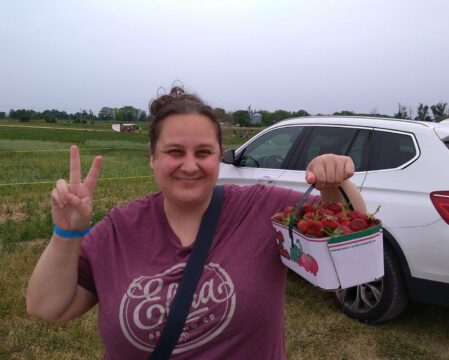 Honestly, picking strawberries was a lot of fun, and it’s the kind of simple joy that I like having in my life. As for gaming, I am up to twenty-five completed games, and I am still continuing my resolution of buying fewer games. I have two new reward games that I have purchased, and one that I bought and am planning to review for the site. I will likely fail this challenge given The Great Ace Attorney comes out soon and I do have it pre-ordered because I want to support the release. New games that entered the backlog were Shin Megami Tensei III: Nocturne, SaGa Frontier Remastered (which I completed!), and Chicory: A Colorful Tale. I also bought the Indie Bundle for Palestinian Aid, and I am not counting that jumbo pile as a part of my backlog. Again my goal is to have fewer than thirty games purchased by the end of the year and so far I am definitely on track.

As for games I reviewed between April and June, there were a few. I reviewed Biomutant, Don’t Give Up: A Cynical Tale, and Story of Seasons: Pioneers of Olive Town. If you are curious about those games and my thoughts, please check out my reviews. Let’s recap everything I played from my backlog for the last three months and see how my progress is going! 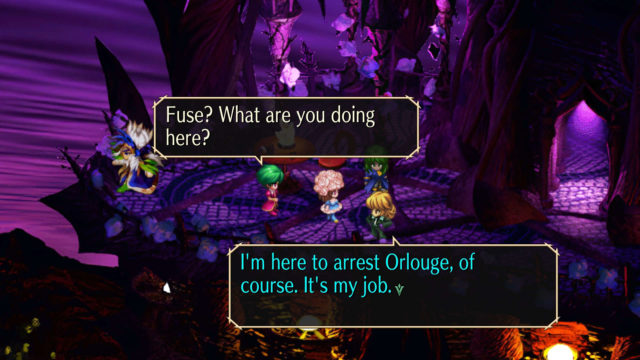 Legend of Heroes: Trails of Cold Steel II (PS Vita) – I finished this monster back in March, but not in time for my previous Backlog update. It came in at just over 55 hours, and I really loved it. There were certainly some points where the game dragged (much like the first one), but as always, when nearing the end, it became a wild ride. The ending and the twists and turns in this one were no exception. I will say this game definitely has made me a fan of the Trails series, which I knew would eventually happen. I did finish the first Sky game but still haven’t played 2nd or 3rd, since I find this series more intimidating. Laura was my girlfriend again (anyone surprised?), and my consistent party stayed as Laura, Elliott, Rean, and Instructor Sara. I love this cast so much and it’s so hard to choose party members because they are all so loveable. I am definitely going to start Trails of Cold Steel III at some point this year, but I need another long break before I tackle it. I absolutely loved this game and with the announcement of the Crossbell games being localized, I need to get my butt in gear and be ready for more Trails in my veins.

SaGa Frontier Remastered (PS4) – I AM SO HAPPY THIS EXISTS. SaGa Frontier is one of those memorable games from my childhood, in that it made me a glutton for punishment. This game is awful at telling players what to do. There are seven stories, but at the time I didn’t know or understand how they were connected. But despite all my childhood frustrations, I kept going back to this game. Then Square Enix surprised me with the release of SaGa Frontier Remastered, and I went to town on the game. I loved this game so much, and the New Game+ makes it so much more accessible than its original incarnation. The restored content is fantastic, as Fuse’s storyline weaves everything together in such a fun and crazy way. The Asellus content was also interesting, though my one grief with this game is still that Lute’s story shouldn’t have been a playable story. After finally completing it, there is just so little there that Lute truly didn’t need to be a protagonist. I will say, however, as much as I despise his story for being so short and direct, I used Lute across all my playthroughs. Every character had the Dream Super Combo, and I just had the best time moving from story to story. Here is how I would rank the storylines based on my enjoyment: Fuse, Asellus, Emilia, T260G, Blue, Red, Riki, and finally Lute. If you’ve ever been curious about this game, pick it up and use the New Game+ to your advantage so you can actually enjoy the game to its fullest, or check out the amazing feature RPGamer did where we break down the best characters to start with.

Dragon Quest VI: Realms of Revelation (DS) – I finally completed the last game in the Zenithia trilogy, and colleague Matt Mesem said that this game is a Dragon Quest turd. I don’t actually disagree. Part of what kept me playing Dragon Quest VI was that it just felt like comfort food. The pacing in this installment stinks, the stories are silly (which I don’t mind), and the boss balancing in this game is rough for sure. I put 58 hours into the game, and I am happy I played it, even though it’s just so bad compared to the brilliance of Dragon Quest IV and V. It’s truly cruel in a lot of ways that this trilogy ends in a whimper instead of a bang. I’m happy I played it, and with that, all I have left of the mainline games are VII and VIII. 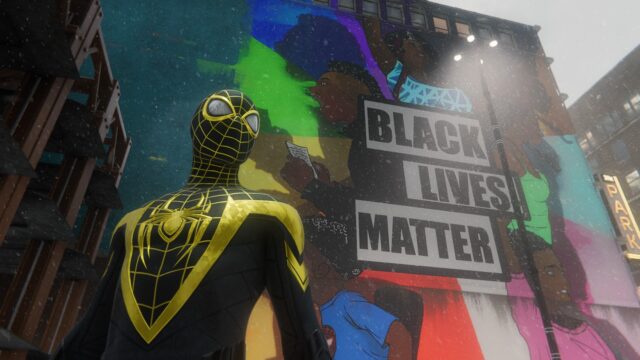 Considering I beat six RPGs total in the last three months, you’ll be surprised to know I also beat a ton of non-RPGs as well. I played a lot of new favourites, starting with The Curse of Monkey Island, which I thought was brilliant. I still haven’t played the last game, though my husband and many of my friends have said it’s not very good. I also finished Spider-Man: Miles Morales, which I loved even more than the first Spider-Man game. I loved the story and found Miles to be a more empathetic hero compared to Peter. The story was fantastic, the gameplay is tight, and I am jazzed to see what Spider-Man 2 is going to bring to the table given that final cutscene!

The worst game I completed, that truthfully I should have just stopped playing, was Chaos;Child. I admit, I need a bit more from my visual novels and this one just dragged on for too long. The story was stupid, and I didn’t like the characters we were following. I got this as a gift from someone, and while I appreciate that they thought I would enjoy it, I was just so cranky and the payoff just wasn’t there for my time. It’s a shame because the premise sounded so interesting, but it didn’t deliver at all. A game that did deliver, however, was A Short Hike, which I encourage anyone who loves cozy gaming to play. This game is joy personified, and it’s just such a relaxing experience, chock-full of cute characters, and quippy dialogue. I absolutely loved my time with this game! I also finished the last game in the House of 1,000 Doors series, and this one was a stinker compared to the previous two.

The last two games I played were both graphic adventures, one of which was Emily is Away <3, which I wrote about in our Adventure Corner. This game was my teen years all over again, for better or worse. If you love graphic adventures and have never played a game in the Emily is Away series, please do so. They are amazing and emotional games that remind you of how much the internet has been a part of and has changed our lives. The other game I completed was What Comes After, which is a very short but intimate game that focuses on life, death, and how we grieve. Much like Emily is Away <3, this game will pull on your heartstrings, and so make sure you have a tissue box nearby. 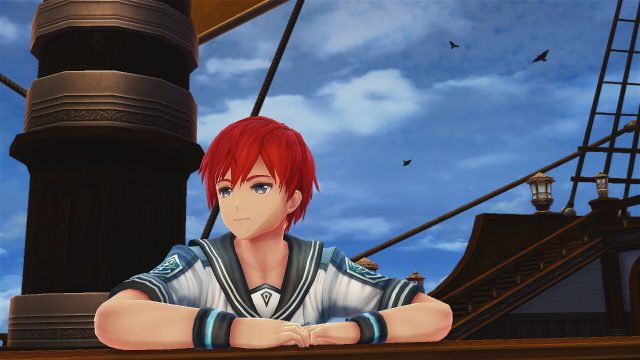 I am in the middle of a few games right now. I am currently working on reviewing Chicory: A Colorful Tale for the site, and I am loving it. I am also in Chapter 5 of Ys VIII: Lacrimosa of Dana, which is the first Ys game that I’m actually going to complete! I adore how approachable this game is compared to some of the other ones I’ve played, and it makes me want to go back to Ys: Seven and Ys: Memories of Celceta. I also own Ys: Origin and Ys: Strategy, which I’ve heard is dreadful.

I’m also getting ready to start my #JRPGJuly pick, as voted by you! The game that everyone selected on my Twitter poll was Golden Sun! I have owned this game forever and have never played it (story of my life), and after watching HerrFrog play it on stream, I feel like it’s going to be a Sam game for sure. I also started Detective Pikachu on 3DS and I have mixed feelings about it three chapters in. I’m going to give it a bit more time, but there’s a good chance it may be going into the resale pile. We shall see!

I also still have been religiously playing Ring Fit Adventure, and I love it so much now that many of the exercises have clicked. I’ve been trying to consistently do it at least four times a week, with walks every day, and it’s been very good for me emotionally and physically. At some point I will go back to Tokyo Mirage Sessions, Fire Emblem: Shadow Dragon and the Blade of Light, and Project X Zone, but we’ll see if they make the cut for me. I seem to keep getting distracted by so many different games. I am hoping to continue to knock more titles out of my backlog, and I look forward to sharing my progress in September. Here’s to more great games over the summer, and more outdoor adventures!

Tags: Backloggin' the YearBiomutantDON'T GIVE UP: A Cynical TaleDragon Quest VI: Realms of RevelationSaGa Frontier RemasteredStory of Seasons: Pioneers of Olive TownThe Legend of Heroes: Trails of Cold Steel II