It has been a rough start to 2021, if I am being honest. While the long winter months were great for my backlog progress, my dog has been very sick and it’s been taking a lot out of me in terms of my mental health. Games continue to be my lifeblood in this pandemic, as they continue to help me escape into new worlds and they keep me going. In this quarter I finished twelve games total, and while there are still a few days of March left, the three games I am in the middle of likely won’t be completed (but definitely will for the next update).

With twelve completed games, it means was allowed to buy two new ones! I am doing a challenge where I need to complete five games before I am allowed to buy a new one in order to curb the amount of new games coming into my backlog. I ended up buying Ys VIII: Lacrimosa of Dana and Persona 5 Strikers as my rewards. However, given where I live, we recently moved into a new grey-zone framework meaning some retailers could open again. I actually broke this rule to support one of my favourite game shops that was struggling during the recent lockdown, and bought Fire Emblem: Radiant Dawn for the Wii. It means if I complete three more games that reward slot is already claimed. I also bought one other game, The Red Strings Club, but I played that immediately and it was only three bucks at the time. I still feel like I’ve slowed down my backlog accumlation, and I’m confident I can still to keep the pace I’ve set for myself. Given we are still in a pandemic and not everyone is vaccinated, I will continue my hermit life a bit longer and enjoy my tower of games.

Let’s look at the games I’ve completed so far! I won’t be discussing Atelier Ryza 2: Lost Legends & the Secret Fairy here and will instead point you to the joint review I wrote with the amazing Michael Baker. Atelier Ryza 2 took me over forty-five hours to complete and it took up a huge amount of January and Feburary. 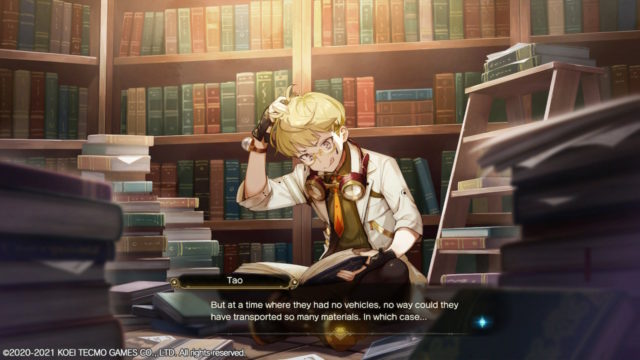 Of the RPGs I played, I only completed Final Fantasy VII Remake, Evoland, and Cyberpunk 2077. Final Fantasy VII Remake is a game I wasn’t expecting to play and I was ready to dump on it. I like Final Fantasy VII but over the years I have found myself not caring where the series goes. I played XV and felt like an apologist for enjoying parts of it, but I was not anticipating how hard I would fall for VII Remake. While it is only one part of a game, on the whole it’s a strong concept. From stunning graphics to a complex and fun combat system, to adding personalities and stories to characters whom we’ve known and loved for years, but who back in 1997 were limited to one-note characterizations. This game’s interpretation of both Aerith and Tifa gave me so much joy, and and I loved how it allowed them to be friends rather than rivals for Cloud’s affection. There is so much depth to their newfound relationship, and Aerith, especially, may be the star of that show. There is so much charisma and charm added to her character, and I loved that Tifa had real growth in her personality as well. The only oddity that came from Remake is that everyone is thirsty for poor Cloud, and no one recognizes that he is having none of it. If I had played it in 2020, Final Fantasy VII Remake would have been my Game of the Year, hands down.

Evoland was the next RPG I knocked out of my backlog. It’s one my husband thought was an adorable and quick experience, and he was correct on both counts. I beat this short little gem in around six hours, and I loved the way it used old-school RPG elements and even just history as a means to share its story with the player. I loved the idea of being able to jump from 8-bit to 16-bit to 3D eras, and I loved how almost every chest you opened provided a new element in such a joyful way. Evoland is simple but happy, and isn’t that something we all could enjoy right now? I’m definitely considering checking out the sequel.

The last RPG I worked my way through and put fifty hours into was Cyberpunk 2077. Let’s all laugh that I played it on PlayStation 4, and decided not to get my refund, but I will say that the glitches I witnessed made for some fantastic entertainment. Glitches notwithstanding, the trouble is that it very much feels like three other games rolled into one messy package. I’m torn about how I feel about the game because, on the one hand, there are some fantastic quest chains (both Judy and River come to mind), but the majority of the quests are literally “go to location, murder/sneak, lather, rinse, and repeat.” Your character’s backstory that you’ve selected doesn’t matter (though if you played Corpo, you at least got some extra screen time with Jackie), and I think that was a missed opportunity. A lot of the characters and quests were not memorable and that is hard for me to say given how much I adore The Witcher 3. That game gave the player multiple options for how to solve a lot of its quests, and Cyberpunk is lacking that element in spades. I could go on, but I may save that rant for a later date, because the amount of wasted potential here is impressive. Did I hate the game? No. Did I find myself critiquing ways I would have changed parts of the game? Yes. Am I happy that Ozob the Clown could walk on water? Absolutely. 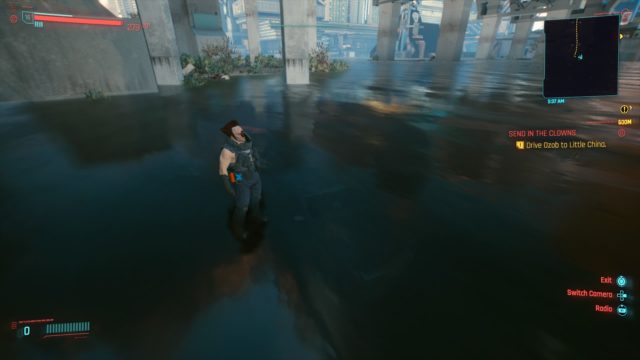 Behold my Ozob glitch! Where he is walking on water! All hail Ozob!

In terms of non-RPGs, I played quite a few short games as palate cleansers. The first game I beat in 2021 was Our Life: Beginnings & Always, which is a wonderful visual novel available for free on Steam. If you love sweet characters and watching them grow up, this game is totally for you, and I highly recommend it. I teared up a few times! I also played five of the six games in my House of Snark 6-in-1 Bundle, with only House of 1000 Doors: Serpent Flames left to complete. Hidden object games are a guilty pleasure of mine and they often give me great memories of teaching my mom how to use a computer while she was sick with cancer. We played a lot of hidden object games together as a way to pass the time, so I have an affinity for them. I also completed The Red Strings Club, which I thought had an amazing cyberpunk story that was unfortunately plagued by some awkward controls. However, I was hooked to the story and characters, and I completed the game in a day even with mild frustrations. The last non-RPG I completed was a playthrough of the rereleased Scott Pilgrim vs. The World with my roommate, and that game is still a blast even with the bugs. The graphics are still charming, the boss fights are nonsense hard (as they should be in a beat ’em up), though I will say I still hate the Gideon fights. There’s too many of them. He’s the worst.

In terms of backloggin’, I have a bunch of games I started that I would like to complete in the next three months, the main one being Trails of Cold Steel II. Currently, I am thirty-eight hours into the game, at Act 2, Part 4. I feel like I am getting to the next large section, and I think completing this game will be doable. I am still loving the characters and the world, but parts feel like filler, though I really do love when I get to participate in giant robot battles. Laura and Elliott still go with me, and Instructor Sara has become a new favourite to use in combat. I look forward to sharing all of my feelings once the game is completed.

I booted up The Curse of Monkey Island, as it was voted on my Twitter as the next game to tackle off my list of “Ten Games to Complete in 2021.” I am curious whether I will enjoy this one given I love the first two games in the series so much. I am also working on the review for Story of Seasons: Pioneers of Olive Town, which I am really liking, minus some glaring issues. I hope to have that up for you all soon! At one point I started Tokyo Mirage Sessions but then ended up getting Ryza 2 for review, so I’m not too far into it. I started Fire Emblem: Shadow Dragon and the Blade of Light on Switch and, like TMS, I’d like to put more time into it. I started Project X Zone on 3DS, but we shall see if I complete it. There are so many games wanting my attention and I need to figure out what I want to keep working through. Thanks COVID! 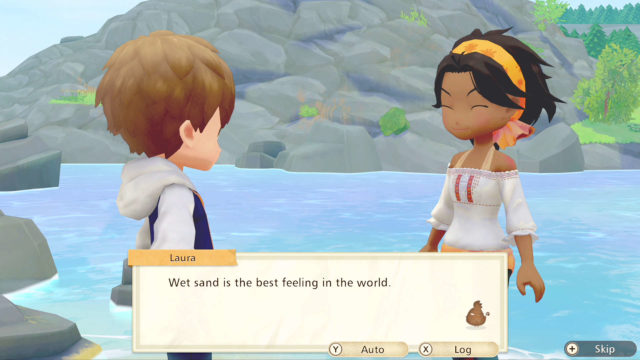 I hope you enjoyed this update through the land of Sam’s backlog. Hopefully the next three months will see me playing through more fun games voted by you guys! Also, there are so many good titles coming soon that it will be interesting to see whether I kept to my resolution or not. Pray for me.