Idea Factory announced a physical Limited Edition for Neptunia ReVerse. The $84.99 edition will be available to pre-order from Idea Factory’s North American and European online stores from May 3, 2021, and includes: 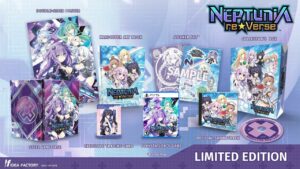