Nippon Ichi Software provided more details and media for the upcoming Disgaea 6: Defiance of Destiny. The company provided information on new characters and some of the game’s skill systems, as well as new images and a six-minute Japanese trailer. In addition, NIS America released a new three-minute English story trailer for the game.

Two newly introduced major characters are Melodia and Piyori Nijino. Melodia is a princess who dreams about finding love and a happy ever after. She enjoys singing and tries to do so whenever possible. Piyori Nijino is the current leader of the Rainbow Squadron Prism Rangers. She is the squad’s first female leader and is aiming to restore its ratings. The two have worlds associated with them that protagonist Zed will visit during his adventures: a musical world with lots of flowers and another devoted to television shows. 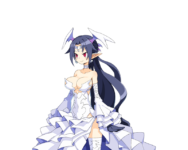 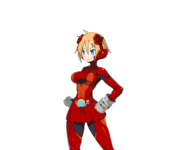 Disgaea 6 features abilities known as Evilities. These remain active as long as their underlying conditions are met and include character-specific and common abilities. Players can equip multiple common Evilities to each character, provided the total cost of them remains under a certain point limit. Two examples of common Evilities are Fire Body, which provides 25% fire resitance and a power bonus to fire-based attacks, and Zombie Revival, which resurrects the character at the base panel once per battle. Only Zed can learn Zombie Revival naturally, but other characters can learn it through a book bought at the skill shop.

Disgaea 6: Defiance of Destiny stars Zed, a zombie who lives on the lowest rung of the Netherworld with his sister Bieko. He is forced to fight against a God of Destruction, utilising his unique Super Reincarnation ability. The game is scheduled to release for Nintendo Switch and PlayStation 4 in Japan on January 28, 2021. NIS America will publish the game in Europe and North America for Nintendo Switch, where it is expected to release in the summer of 2021.