Atelier Ryza 2 follows previous protagonist Reislin “Ryza” Stout, who is accompanied to the Royal Capital of Ashra-am Baird by the creature Fi, with the bond between the two getting closer. As Fi continues to grow, Ryza notices she has a mysterious power and brings her on adventures into ruins, discovering a crystal that appears to be connected to Fi. During their explorations, Ryza and Fi run into returning characters Empel and Lila — Ryza’s teacher and one of the land’s fiercest warriors — who are on their own journey searching for something. 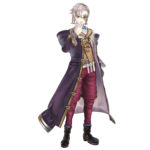 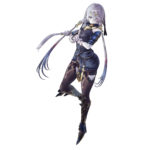 In the game, Ryza is joined by Puni companions. The familiar blob-like creatures can be sent on gathering trips and level up, improving their chances of discovering rare items. Some of these items can be used to decorate Ryza’s atelier or influence things such as the weather.

Finally, Koei Temco detailed the game’s Digital Deluxe and Ultimate Editions. The Digital Deluxe Edition will include the Kurken Island Gathering Tour, Another Style Costume Set, the Summer Memories Costume Set, the Helpful Items Set, and the All You Need! Gem Pack DLC, while the Ultimate Edition will include the contents of the Deluxe Edition plus the Season Pass and the Mysterious Book Alchemist costume. Meanwhile, a physical limited edition is currently available for pre-order from NIS America’s North American online store or Koei Tecmo’s European online store. Atelier Ryza 2 will launch for PlayStation 4, PlayStation 5, and Nintendo Switch in North America and for PC worldwide on January 26, 2021. The European PlayStation 4, PlayStation 5, and Nintendo Switch releases will follow on January 29, 2021.