Destiny 2: Beyond Light Unveiled, Other Announcements

Bungie announced the newest expansion for online shooter RPG Destiny 2 today. Destiny 2: Beyond Light will launch on September 22, 2020, for PC, PlayStation 4, Xbox One, and Google Stadia.

Beyond Light follows the events of the current Season of Arrivals, which begins today, and sees a new dark empire called the Fallen Kell of Darkness emerging from the Pyramid ship above Europa. The new empire is led by a woman called Eramis. Players will venture to Jupiter’s frozen moon and locations such as the Golden Age Braytech facility. They will also gain access to a new elemental power called Stasis, with more details to be provided later in summer. Beyond Light will also introduce a new six-person raid, the Deep Stone Crypt.

Destiny 2: Beyond Light will be available in both physical and digital editions: 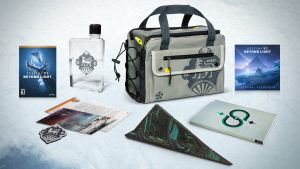 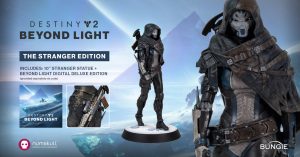 Season of Arrivals is Destiny 2′s eleventh Season as Bungie builds upon the game’s evolving story. The Season sees players taking on a new dungeon, Prophecy, where they can unlock DAITO Foundry and Trials of the Nine armor sets. It also includes a new Decipher the Darkness quest where players uncover hidden communications called Messages of Darkness, as well as new public events, rewards, and gear.

Bungie also revealed long-term plans for the game. In lieu of creating a Destiny 3, Bungie has revealed two more major expansions to follow in 2021 and 2022 under the working titles of The Witch Queen and Lightfall. As part of maintaining Destiny 2, Bungie revealed that parts will be cycled out of the game. Each year, Bungie will move certain content into what it calls the Destiny Content Vault, which will also include all content from the first Destiny game. Bungie has confirmed that the locations of Mars, Io, Titan, Mercury, and Leviathan will be removed in the first part of this cycle. Some of this content will be brought back into the game for certain periods, with the Cosmodrome confirmed to be the first “unvaulted” location.