Why Do We Return to World of Warcraft Classic?

There are strange things happening lately. Gamers are all abuzz about a specific game that feels out of time; yet it seems like everyone is talking about it, and its popularity has soared once again on Twitch. Nothing strange there, but there is a catch: the game itself is already fifteen years old and called World of Warcraft Classic.

To me this is strange. Why is anyone this willing to play an ancient version of this game? What drives all these people to flock back, overburdening the servers once more, and heading into the Azeroth of old? In this article I would like to dive deeper into this question and see if there is an answer.

The first thing that comes to mind is nostalgia; for many, the trip back to Azeroth will feel like a blast from the past, perhaps to a significant time in their life. There are a lot of great memories out there. The first time entering Stormwind City, going past the statues of the heroes of old, while the music sweeps you off your feet. Or walking through Orgrimmar, while the drum beat of the Horde fills your heart. You could say that the modern version of World of Warcraft still has these cities, but they are not the same. After the World of Warcraft: Cataclysm expansion, which completely changed how the world looked, there was no way to go back to how the game was at launch…until now. But could nostalgia be the only reason to play the game or are there more reasons to go back to ancient Azeroth? 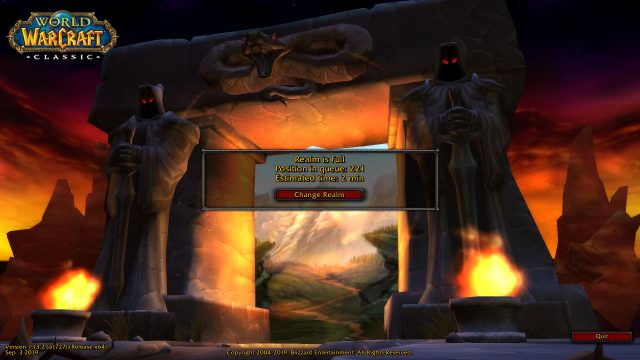 Maybe by taking a look at the current state of the game, we might be able to solve this conundrum. In its fifteen years, World of Warcraft has changed quite a bit. Some changes for the better and some for the worst, but I feel like they all were made to make the game more accessible for new players.One aspect that has changed quite a bit is the way a player interacts with dungeons and raids. The so-called Dungeon Finder was introduced five years into the lifespan of the original game and provides a way for people to queue up for a dungeon with random strangers. One side effects of this change was that the need to communicate with your fellow players wasn’t there anymore. You got into a dungeon, ran it as soon as possible, and dropped out again. Knowing who was with you was no longer important. Especially when two years later cross-realm grouping was added, which meant that you could group with players from different servers. It created a disconnect between you and the rest of the community.

What does this mean for World of Warcraft Classic? These new fancy features are not in this version of the game. So if you want to delve into a dungeon, you will need to recruit a group yourself. And for a lot of players that brings a sense of community. You meet new people. Maybe add them to your friend list and spend some time together while questing. Something many really miss in the current game. 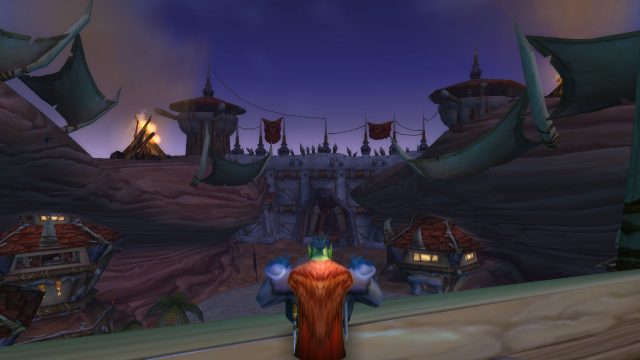 Like stated before, over the years the game has undergone quite a few changes to make it easier. Another feature that had undergone many changes during previous expansions was the talent tree. They way you played your class became extremely streamlined. Blizzard, the developer of the game, did this by giving the players a limited set of skills. For example; when playing a Hunter and you choose the Beast Master subclass, you would only be able to use the skill set from that subclass. Sounds great, right? Not complicated at all. But what if as a Hunter I also want to do more with traps? Tough luck. This is not part of your subclass.

That was not how it used to be in World of Warcraft. Every class had three talent trees and could pick and match which skills they wanted to specialise on with every level. You could be a jack of all trades and a master of none, if you wanted to. This is another reason why people want to go back to the old days. Customising your character instead of being molded into a predefined subclass, so it really becomes your character. 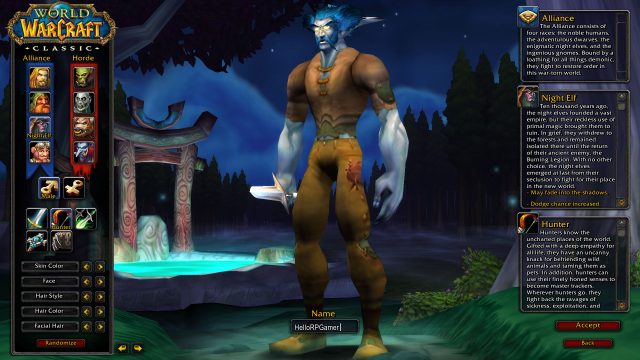 There could be many more reasons why people are coming back to that fifteen year old game. For me, I really hope Blizzard will take time to evaluate the current and possible future success of World of Warcraft Classic, reflect on it, and really think about the future of the modern version of the game. Only one question remains for me: what was your reason to jump into, or avoiding, World of Warcraft Classic?