XSEED Games and Marvelous Europe have announced a limited Archival Edition for the upcoming release of Rune Factory 4 Special. The Archival Edition will be available in North America through XSEED Games’ online store and selected retailers for $59.99, while in Europe it will be available exclusively through Marvelous Europe’s online store. The edition will include: 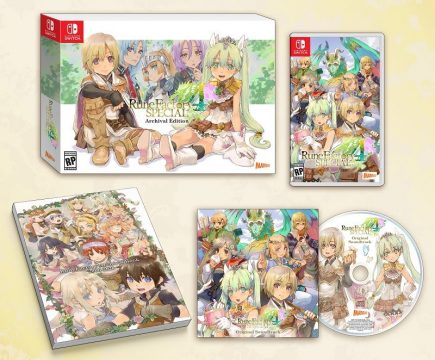 Rune Factory 4 Special is an updated version of Nintendo 3DS title Rune Factory 4. Improvements in Special include upgraded graphics, additional event scenes, and a new “Newlywed Mode”. The game is part of a spin-off series to the Bokujō Monogatari (aka Story of Seasons) farming sim series that focuses more on dungeon-crawling and defeating monsters over raising livestock. Rune Factory 4 Special is set to be released later this year on Nintendo Switch.