Today, we dive into a fine wine as we jump into the middle of a love-quadrangle with Catherine: Full Body. 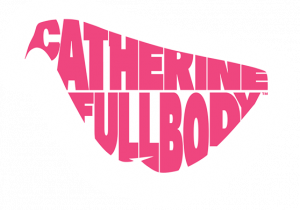 Developed by Studio Zero and published by Atlus, Catherine: Full Body weaves a modern tale of love, betrayal, choice, and consequences. In this tale, the protagonist, Vincent, has a long-time girlfriend, Katherine, who pressures him into marriage. Vincent does not want to commit, and his life gets a lot more complicated when he meets the titular character, Catherine, a bombshell woman who knows how to get his attention. In this Full Body edition, we also meet Rin, who complicates Vincent’s life even further. It makes for an intriguing story where each decision the player makes along the way can impact the ultimate outcome of Vincent’s story.

A variety of lengthy cinematics and interactions with NPCs help to move the story along. Most nights, Vincent spends time in a bar, where he can chat with friends and other patrons. During that time, Vincent will often receive text messages or phone calls. How players choose to have Vincent interact with everyone will often move a morality gauge to one side or another. The gauge impacts some of the decisions Vincent makes during some of the cut-scenes and ultimately impacts the ending of his tale. The story has a number of twists and turns to keep the player engaged the entire way. Featuring thirteen different endings and five difficulty levels, Catherine: Full Body encourages multiple playthroughs.

After Vincent spends time in the bar, he will head home to go to sleep. Unfortunately for him, horrible nightmares plague his evenings. In these dreams, Vincent has to climb up many, many rows of blocks lest he fall to his death. To complicate matters, the lowest row falls away every few seconds meaning Vincent has to stay focused to stay one step ahead. Vincent can climb, shimmy, move most blocks and use various items reach the top. Every few levels, at the end of each evening, Vincent faces a boss, usually resembling some fear he has. These boss encounters make life more difficult for the protagonist during his climb by creating obstacles, destroying blocks, or attacking Vincent directly.

On normal difficulty, the puzzles are varied and provide a challenge, but feel fair. Players can hit a button to undo their last few moves, or restart from a continue point. Furthermore, the game provides an auto-assist to get players quickly back to where they were at before continuing. Since the computer takes its own approach in climbing up, these can serve to give players more ideas to tackle the puzzle at hand. For those want more or less challenge, the game provides multiple difficulty levels. The easiest mode allows gamers to skip puzzles at their discretion to further the story faster. At the end of each puzzle, the game provides a rating based on how fast Vincent climbed and treasures picked up along the way. Results may be compared with other friends playing the game via leaderboards. The game finds other creative ways to integrate on-line information into the game, such as displaying how many others died on a certain level.

Graphics in the game look colorful and vibrant. As with most games from Atlus, the game oozes style from beginning to end. During the dream sequences, an interesting haze effect helps the player feel like they are in a dream, without being too distracting. The well-designed characters help to further immerse the player into the created world. However, one minor annoyance creeps in during the in-engine cut-scenes. While the animated shorts do a great job conveying the stress and emotional range of all involved, the in-engine scenes occasionally feel stiff and limited. As a result, they can feel like a downgrade compared to the rest of the production.

The sound holds up its end with various music that works well within the theme of the game. In addition, for those who enjoyed various Atlus’ titles, numerous tunes from other games may be chosen from the jukebox. The excellent voice acting helps add immersion to the story, with actors and actresses delivering their lines with plenty of emotion.

This version has a lot of new material for fans of the original release to sink their teeth into. The new character, Rin, complements the story well without feeling forced in. Puzzles have been reworked with new, larger pieces to mix up the challenge, though players always have the option to play the original boards. Along with more music, the developers also added many more climbing challenges, most of which players access through the in-game arcade machine, Rapunzel.

If players are looking for a good story where decisions matter, Catherine: Full Body delivers. With a single run taking just over a dozen hours, players may be tempted to try out other approaches to see how things turn out. With that said, the puzzle aspect of climbing blocks will not appeal to everyone. While well done, the gameplay is not quite so entertaining that it will convert those who do not care for puzzle games at all. However, with various difficulty levels and in-game aides, the game does its best to encourage players to try them out.

For those who have not played the original, Catherine: Full Body is an easy recommendation. For those who enjoyed it before, there’s enough here to warrant another go, though one might wait for it to drop in price a bit. The new content, while enjoyable, does not quite justify a full-price purchase. Regardless, the team did a great job with this remaster and tells a story that many will find quite memorable.