Nintendo and The Pokémon Company revealed new details about Pokémon Sword and Shield at this year’s E3, including a dedicated half-hour slot on Nintendo’s Treehouse channel. Included in the details is the reveal of Nessa, the game’s Water-type Gym Leader, who can be battled in the game’s E3 demo.

The game’s time on the Nintendo Treehouse boardcast included appearances from producer Junichi Masuda and director Shigeru Ohmori to talk about the game and show some gameplay. The footage included exploration and battles in the new Wild Area, its new Max Raid battles, and some connectivity features with other players. Junichi Masuda also revealed that not all Pokémon from previous games can be transferred to Pokémon Sword and Shield through the upcoming Pokémon Home service. Only those Pokémon that appear in the Galar region’s Pokédex can be transferred into the games.

Pokémon Sword and Shield will be released simultaneously worldwide for Nintendo Switch on November 15, 2019. A physical double-pack containing both games is available to pre-order. 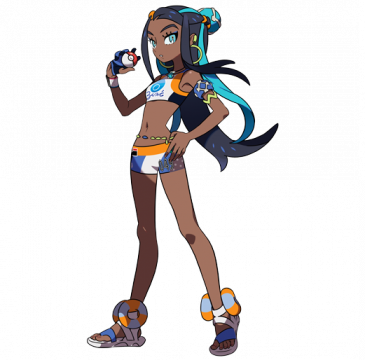