FuRyu has released more details and media for its upcoming title Crystar. The first part of the latest update for the game focuses on two playable characters who join forces with main protagonist Rei Hatada in the world of Limbo. The first is Kokoro Fudoji. Another victim of Anamnesis, Kokoro lost both her lovers and unborn child when she was attacked and fights to get revenge. The second is Sen Megumiba. Sen is the sole survivor of a certain incident during which her mother died. Being the daughter of a public prosecutor, Sen fights for justice. 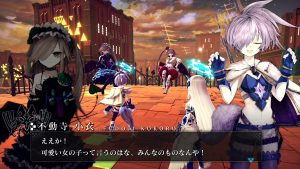 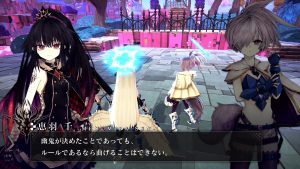 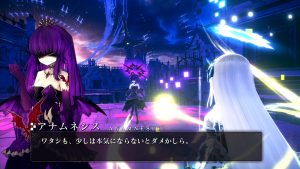 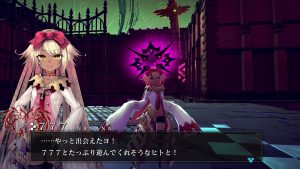 Also detailed are two NPCs who play recurring roles in the story. The first is Anamnesis, who is responsible for bringing Rei and her sister in the world of Limbo in the first place. She is encountered many times throughout the game as Rei and her allies attempt to go through the depths of Limbo to try and retrieve Rei’s sister Mirai’s soul. Meanwhile 777 (or “Nanana”) is a humanoid spirit who becomes obsessed with Rei, often imposing herself upon Rei to play “games”.

In addition, FuRyu detailed the “Feelings of Guilt” and “Catharsis” character growth systems. As Rei defeats spirits in Limbo, their final cries will cling to her. These cause an emotional strain on her, but by crying she can purify those cries, which turn into equippable items that can provide a bonus to Rei instead. Crying also plays a role in battle. As Rei deals and receives damage, a tear gauge fills up. When this is filled, she can cry and in the process summon a guardian, which unlocks her full power and grants access to her special abilities. As the character’s HP reduces, guardians grow stronger and the chances of them manifesting increases.

Crystar is being developed by the studio Gemdrops. The game is planned for release on PlayStation 4 in Japan on October 18, 2018. No announcement has been made regarding a western release.