Spike Chunsoft has provided new information and screenshots for its upcoming survival dungeon-crawling RPG Zanki Zero: Last Beginning. The details cover four of the game’s eight protagonist as well as some story elements relating to the characters’ pasts.

The first of the characters covered is Haruto Higurashi, the “Editor of Sloth”. 25 years old at the time he is sent to Gareki Island, he works at a leading publisher but finds himself pushed to the edge emotionally. Haruto is said to be a good leader, but not a flexible one. The second character is Ryo Mikajime, the “Artist of Envy”. Also 25 years old at the time he is transported, Ryo is almost solely interested in bondage art, but makes ends meet as a cameraman. He is sociable but not brave.

The third character is Rinko Susukino, the “Florist of Lust”. Again, 25 years old, Rinko works at her parent’s flower shop and is unsurprisingly knowledgeable about flowers. She is prone to panicking and believes that the characters are part of a reality TV show. The final character detailed is Yuma Mashiro, the “Heiress of Gluttony”. Following the theme of being 25 years old before arriving on Gareki Island, Yuma is the sole daughter of the leader of a global enterprise group. She is fairly cool and relaxed, most focused on eating and style. 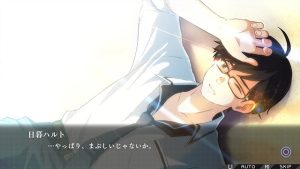 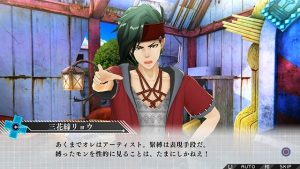 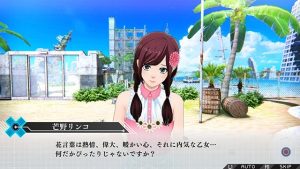 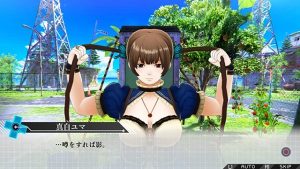 As previously detailed, the eight main characters of Zanki Zero are all clones with a shortened lifespan (including growth and aging) of just thirteen days, able to be revived by a special machine provided they earn enough points from investigating ruins that float past Gareki Island. These ruins will sometimes feature a special door known as a Zanki Hatch, which requires all eight character currently being alive for it to open. There are multiple ruins per chapter, with some ruins featuring other aspects such as pressure-plates and holes that only children can fit through.

These ruins do not appear to be randomly appearing, however, and all have some connection to the protagonists. For example, the first chapter sees Haruto’s former workplace drifting past. The ruins also feature televisions that broadcast the same “Extend TV” show that is provided to help guide the characters on Gareki Island. These broadcasts feature the two hosts showing memories of the characters’ pasts as VHS tapes.

The final details concern a special item called a Cross-Key. Each of the protagonists has this item attached to their navel and it records the character’s memories and experiences, allowing these to be retained when the character revives. The Cross-Key is necessary for revival using the Extend Machine, but in gameplay terms it is always picked up automatically without the players needing to find it after a character dies. The Cross-Key is supposedly desired by monstrous human-like creatures in the ruins and causes them to attack the protagonists.