The Xuan Yuan Sword series is already an established name in its native Taiwan; spanning over three decades and upwards of a dozen releases, the RPG series has long since proven its staying power at home. Though Xuan Yuan Sword 7 isn’t the first entry in the franchise to receive an English localization (that claim belongs to 2016’s Xuan Yuan Sword EX: The Gate of Firmament), it’s undeniable the series is beginning to reach an ever-widening audience. Although there’s a lot to like about this latest release, some key issues still keep it from truly excelling and gaining as strong of a foothold in the west as it would otherwise be capable of.

The game follows Taishi Zhao, a young swordsman living a secluded life with his younger sister Taishi Xiang on the outskirts of a rural village deep in the Chinese countryside. After a monster attacks their home, Xiang is gravely wounded, prompting Zhao to embark on a quest to save her. The Xuan Yuan Sword series is known for melding Chinese history with mythological elements; consequently, Taishi Zhao’s journey takes him through a province in the grip of civil war, while contending with mythical creatures and monsters. In order to save his sister, Zhao will need to track down the Mohists, an ancient sect who are masters of the art of building Clockwork contraptions, mechanical automata of all shapes and sizes, to help him free a mysterious creature who claims to have the ability to save her.

For the most part, the game’s marriage of its supernatural elements with its mundane real-world setting is handled well, even if not all of the references will strike a chord with western gamers. This is despite a wealth of available tools, like a detailed journal and a translation that conveys many of the narrative’s nuances quite well (despite a large amount of grammar and spelling mistakes). Taishi Zhao himself has access to the Elysium scroll, a mysterious wooden scroll passed along to him by his parents that allows him to slow down time as well as enter the magical world of Elysium at certain story beats. This is also where players will be able to upgrade their weapons and equipment, and synthesize items using parts collected during the game, with the option of leveling up these abilities for access to even better gear modifications. Apart from Zhao and his group, however, the region’s remaining citizens don’t seem to have too much time for mystical powers and the like, and are busy with their rural lives. The country’s civil war and political upheaval are frequently referenced, but happen largely off-screen and far away, since Zhao has his own goals to pursue. 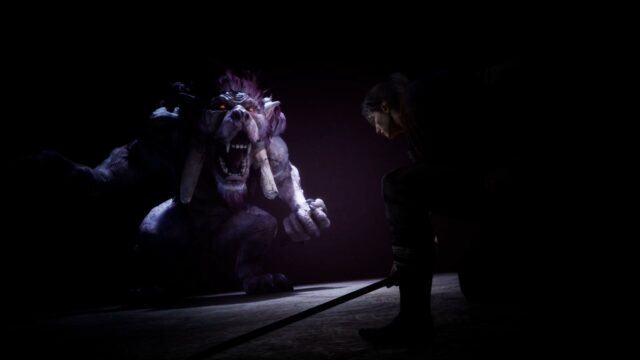 This early boss is a good example of Chinese mythology integrated into the game’s world.

While a world where the mythic meets the mundane should be fascinating to get lost in, the quest is a largely linear one, filled with narrow pathways and no real way to ever explore or follow the road less traveled. Despite featuring many outdoor spaces, which would lend themselves well to large open areas, the game’s mini-map is essentially a collection of long woodland corridors through which one follows a long string of waypoints, placed like so many breadcrumbs through the woods. Even the settlements Zhao and his companions encounter largely look the same, with the exception of one or two mid-to-large-size cities. The only time players aren’t moving forward along a narrow path is when they’re backtracking, either doubling back to complete a sidequest or because the game forces them to revisit a previous location for narrative reasons. Fast-travel waypoints can be discovered to ease this process a bit, particularly when mopping up some late-game objectives. The handful of dungeons waiting to be explored fare a bit better. The occasional puzzle lies in wait to break up the combat-heavy progression, with a built-in option to simply skip it for those who want to crack on with the story. There are even some light traversal mechanics, like shimmying along ledges or scaling walls using scattered handholds.

The in-game journal is the player’s best resource when it comes to fleshing out the world; sadly, the sidequests given to Zhao by the people he comes across are quite limited in their contributions. There aren’t very many, and are usually not very interesting or entertaining; perhaps Zhao has to locate a girl’s missing father, or run back and forth through a fishing village collecting gossip to report back to the quest giver. The game’s longest quest chain involves traveling from one settlement to the next, each time besting the local champion in a game of Zhuolu Chess, a connect-three board game in the spirit of Tic-Tac-Toe. A couple of optional boss fights round out an, unfortunately, rather uninspiring set of sidequests. 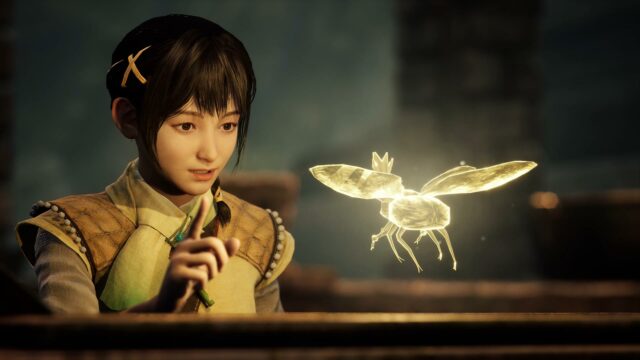 Western gamers may not be able to get the most out of the game’s supernatural aspects.

Though exploring the world is a little on the uninspired side, it’s abundantly clear that a lot of effort was poured into the game’s presentation. The environments — particularly the outdoor areas — look beautiful and vibrant, full of lush vegetation that sways in the breeze, with idyllic sounds of nature all around. No less calming is the music, consisting in large part of period-appropriate music played on traditional Chinese instruments. It all lends a lot of credence to the authentic atmosphere of being transported back to China’s historic Han dynasty. This is also evident in the fact that the game is fully voiced, and the Chinese performers are, to a western ear at least, top-notch all-round. While the main cast of characters are beautifully designed and detailed, the remaining character models — NPCs and enemies alike — sadly lack variety. There are also the odd optimization issues of textures popping in and the frame rate dropping, particularly when there are lots of environmental particles on-screen.

Being an action RPG, combat is one area the game could ill afford a poor showing in, but Xuan Yuan Sword 7 does largely succeed here. Zhao can perform a light sword attack and a style attack that the game terms as a “heavy attack”. The latter is actually more of a special attack, and there are multiple style attacks to unlock that grow stronger with repeated use — a fact the game sadly doesn’t do a great job explaining to the player. Zhao can also perform a dodge, lock onto enemies, and use the aforementioned Elysium scroll to briefly slow down time in combat. Recklessly charging into battle, performing devastating button-mash combos on foes, and then dodging back out of harm’s way is always entertaining, and the game provides this in spades. The party eventually expands to three members once Zhao meets up with Chu Hong, his childhood best friend. Players only control Zhao directly, while Xiang and Hong attack on their own, with their own health and stamina meters dictating their actions. Players can assign one special attack for each of them and issue the command to use it, after which it will enter a lengthy cooldown period before it can be used again. 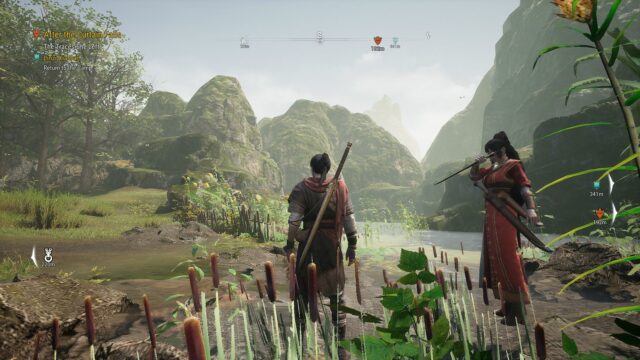 The vistas are a gorgeous collection of well-camouflaged narrow paths and hallways.

When facing regular enemies, combat is a fast and furious affair that generally requires little tactical thought from players, though larger groups of enemies may mean reaching for the odd healing potion. Zhao can unlock a number of combat stances, each granting certain bonuses to either armed or unarmed attacking options, and fully leveling up a style attack gives him access to a special powerful ability that also operates on a cooldown timer. The general ease of normal enemy encounters, coupled with the slightly inconsistent mechanic explanations, mean that some bosses can present sudden, sometimes unfair, difficulty spikes. It is entirely possible to walk into a boss arena without having properly leveled up style attacks, for instance, due to many enemy encounters not requiring them to be utilized. There are also some lengthy load screens to contend with, and being stuck on a boss that includes a 90-second load screen for each retry can feel a bit punishing. Dodging, too, feels a tad inconsistent, and enemies can only be locked onto when facing them head-on, so enemies who circle around behind Zhao require slowly panning the camera around before engaging again.

I came into Xuan Yuan Sword 7 as a complete newcomer to the series, as many likely will. What I walked away from after a 20-hour campaign was a solidly enjoyable, if not amazing, addition to the stable of action RPGs I have had the pleasure to experience. While early hours charmed me with an unusual setting, beautiful production values, and a fun combat system, some small cracks became apparent before long. However, this is a case of criticism coming not from a place of discontent but rather from a strong desire to see small kinks ironed out in an otherwise promising “new” IP. It’s got the potential to be a major contender, with some room left to grow into something even more impressive in the next installment.