There but for the Grace of God Go I…

The story of Apocalypse begins in 2038 — Tokyo is in shambles, but still kicking, and our protagonist from Shin Megami Tensei IV, Flynn, is now considered a Messiah, a beacon of hope for the people. Players take on the role of Nanashi, a young hunter who ends up making a contract with a demon named Dagda, becoming his sole servant in order to avoid being murdered by the demon Adramelech. Now enslaved by Dagda, Nanashi and his friends must navigate Tokyo during the potential Armageddon being caused by Lucifer, spirit of Spite, and Merkabah, spirit of Goodwill.

Storywise, Apocalypse delivers in a variety of ways. A lot of the choices that the protagonist is forced to make feel more grey than black and white. Unlike the original Shin Megami Tensei IV, the story in this game is well paced, and there’s a great balance between exposition and exploration. It also helps that there is a strong cast of characters this time around providing support for the overall narrative, and there’s even some devastating plot points that are well delivered and delightfully unexpected. The writing is excellent overall, and the localization has some great moments that really shine, specifically for the character of Navarre, a ghostly samurai who befriends Nanashi, who has some great lines throughout. 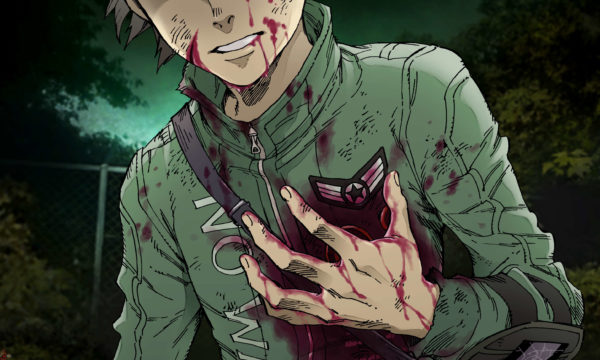 Dagda will be so proud to have you as his slave.

What is also fabulous is Apocalypses‘ battle system, which takes the best elements from the previous game and refines them further. The game still sports the Press Turn Battle system, where if players hit an enemy weakness they will be granted extra turns, and vise-versa, but there’s been some new twists added to this already excellent battle system that add another extra layer of depth.

For starters, Nansahi has a main partner that can accompany him in combat, and he or she will always get a turn in the main rotation, as well as other partners that can assist when the partner gauge has been filled. Once the partner gauge is filled, one or two characters in the group can buff, debuff or heal, and also unleash a devastating super move for massive damage.

Next, the Smirk system has been changed as well. Previously, if characters got a Smirk it meant that their next attack would be a critical hit, but in Apocalypse there is now a Smirk icon next to specific skills that will deal extra damage if used while in Smirk, and that is on top of the fact that it will also be a critical hit. For example, Light and Dark attacks also increase their damage output when a character or demon is in Smirk. This is a great benefit to Nanashi, especially if the tides of battle need to turn. The Press Turn system was already fantastic in the first game, and these little add-ons are nice bonuses to the battle system.

On top of the new features, all the best parts from the prior game are still very much intact. The negotiation system is easier to grasp, and with the help of some of the new smartphone applications for Nanashi, it’s easier to grab potential demons, not that this was a huge issue in Shin Megami Tensei IV. The amount of extra turns that can be granted is still eight, and if playerd get their groove on, it’s fairly easy to exploit the battle system to its full potential.

The last and most important improvement in Apocalypse comes in the form of the new map. One of the banes in Shin Megami Tensei IV vanilla was that the map was very confusing and often difficult to navigate. Gone are the days when it was next to impossible to figure out where to go next, as the new Mapper makes it exceptionally easy to pin-point the next location for major quests. Even Tokyo’s map has been streamlined enough that players will feel more at home finding locations than they did before. This is easily the best and most important change for those who were not fond of the original mapping system. 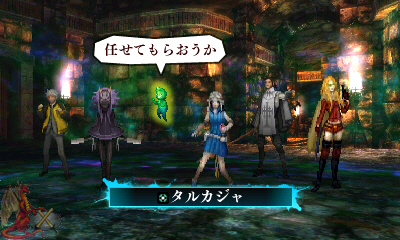 Partner characters are going to raise a little hell.

Unfortunately these changes, though excellent, do not entirely negate Apocalypse‘s biggest weakness: content recycling. In fact, the largest portions of this game are borrowed from the previous installment; areas to explore and new assets are very few. While recycling content can pose a huge benefit, for those who played Shin Megami Tensei IV, it’s a lot of revisiting the same areas, just slightly tweaked. Nothing on this end ever quite feels brand new, which is the largest drawback to Apocalypse. Newcomers may not have this feeling, but those who played the previous game will experience déjà vu frequently.

There’s only a few areas that do not suffer from environments being recycled, and one such example is the final dungeon. The final dungeon looks fantastic on the surface, but it’s somewhat a mess to navigate. There were great ideas in its execution, but much like a lot of the areas in Apocalypse still feels lacking in some way. To those who love a challenge, this area is great for both demon hunting, gaining experience, and the final boss definitely will pose a worthy test. Maybe almost too worthy, as he’s quite rough in typical SMT final boss fashion.

While the music in Shin Megami Tensei IV was decent, this is an area where Apocalypse shines by comparison. While some original tracks from the first game do exist, there’s a lot more new music that takes precedence, and the majority of it is solid ear candy. Most notably are all the boss themes, each providing a unique sound to get players ready for battle. The visuals, however, though good, are still lacking from the samey department, as it just feels rehashed from Shin Megami Tensei IV.

While I think Apocalypse is much better than its predecessor, a part of me wishes more had been done to make this game feel a bit more fresh. It’s abundantly clear that many of the core issues in the previous game were fixed here, and for that I am deeply appreciative considering how painful parts of Shin Megami Tensei IV were. This is a much more streamlined experience with a better story, and a even more refined battle system. While I don’t think it has the same level of pedigree as other games in the series such as Shin Megami Tensei III: Nocturne, I do think Apocalypse does a great job of standing on its own two feet. If you enjoyed the original game, then Apocalypse is worth checking out for the story and combat system alone. Those who were hesistant about Shin Megami Tensei IV can simply skip and dive into this instead, as it is the superior game by far. Shin Megami Tensei IV: Apocalypse is a great, if safe, follow up. Just don’t expect it to be the second coming. 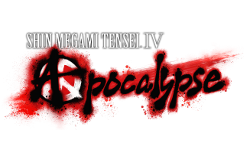