After the unmitigated disasters that were Final Fantasy Anthology and Final Fantasy Chronicles, it is hardly surprising that the announcement of Final Fantasy Origins aroused some trepidation in the gaming community. After all, the rushed, terrible ports of Final Fantasy IV through VI and Chrono Trigger had done much to erase the pleasant childhood memories of the gamers who had played the original versions of the two games. Handily, Square was, in effect, remaking a remake, and the company had been responsible for the fate of the WonderSwan Color when it first modernized its NES classics. As a result, there was a certain burden of quality it had been forced to maintain the first time through. Either as a result of that, or the old adage “If at first you don’t succeed…”, Square has finally managed to turn out a capable port of some of its best-loved titles, and for that, gamers should be relieved, if not entirely thankful.

So what did Square do differently this time? Well, there was actually a fair amount of the same, but what was noticeable was the absence of the problems that plagued both Anthology and Chronicles. In battle, for instance, the sluggish menu transitions and distorted sound effects that plagued Final Fantasy Anthology. Both Final Fantasy I and II feature fluid, playable battle systems, and best of all, there’s no load times to speak of in Final Fantasy, and reasonable delays in Final Fantasy II. Square has also mercifully streamlined the battle interface, bringing the graphics up to a more modern standard than the black backgrounds of the NES originals. Finally, targetting specific enemies is no longer necessary, which saves a lot of trouble while queueing up battle commands. Still, the weaker elements of both battle systems have been left intact; there’s still no decent curative items in Final Fantasy, and Final Fantasy II remains pestilential in terms of its leveling process.

This problem is probably inescapable, though; Final Fantasy II is, unfortunately, bound by its system, a problem that extends from the battle system to the interface and beyond. The mystery is why Square chose to retain various irritating features in Final Fantasy II while zapping them in Final Fantasy. Particularly, the 63 item limit for inventory in Final Fantasy II, coupled with the lack of stackable items, is a feature that just should not exist. True, altering it would change the game’s economy, but it’s just terribly annoying to have to throw out items to find out what’s in a treasure chest, even when there’s no real need for any further items. 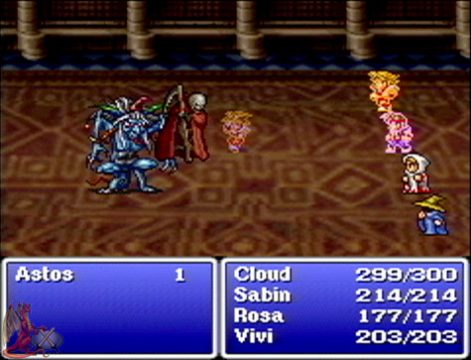 This, though, is a superficial complaint in contrast to the many improvements the port makes to the interface of the original game. Not only does it add color customizing to both games, it also eliminates the multiple inventories that made equipping characters in Final Fantasy a chore, while providing a host of other modern options to make both games much easier to play. A few other frills are also introduced; spells and items can be automatically ordered in a variety of ways, a step counter is added to both games, and the bonus collections that are Square’s remake trademark all constitute the added reasons to play this updated version of the titles.

The music also gets a modernization, under the direction of Nobuo Uematsu and the composition of a few flunkies in Square’s music department. The music is faithful to the original, and in most cases quite good. The only complaints are the fact that many tracks have a loud, brassy sound, and there is still a distinct lack of variety to the musical selections in Final Fantasy II. Additionally, the remake of the Gurugu Volcano theme in Final Fantasy sounds rather as though the music staff took some serious psychedelics while they were bringing the song up to date, because the tune gets lost in a whole lot of pseudo-spiritual or pseudo-native or pseudo-something crap that really doesn’t do the number justice.

What Square does do well is bring the graphics up-to-date. It would have been easy to drag the visuals from the WSC remake and plunk them unceremoniously on the PSX, blurriness and all. Certainly, it is easy to imagine that the company might have been tempted to do this back in its salad days, before a terrible movie and a few mediocre games made it reconsider its policy of slapping the Final Fantasy name on anything that moved (or didn’t, in some cases). Fortunately, it seems as though a little care was given to make things look nice after all, because graphically, both titles would not look out of place on a SNES, although they are questionable as far as a PSX standard goes. The FMV sequences at the start of each game are also fairly nice, if slightly short and pointless. Nevertheless, it is good to see that a fair amount of effort went into this area of both games. 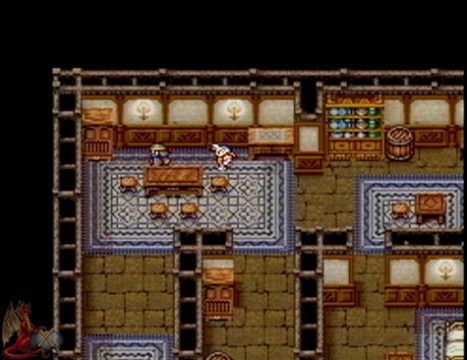 Players, for their part, can choose how much effort they wish to put into both titles. Final Fantasy has an easy and normal mode available from the outset, and once gamers complete Final Fantasy II, an easy option is unlocked. The normal modes remain true to their NES predecessors and are reasonably challenging, especially parts of Final Fantasy II. The easy modes offer some tweaks to the magic and item systems to allow players a more leisurely journey through the games. Still, even in easy mode, Final Fantasy I is likely to take at least 15 hours, while Final Fantasy II can eat up a good 20.

Unfortunately, little was done to make Final Fantasy II any more appealing to replay. The game remains a linear mishmash of fetch quests that are a shade below engaging, and there isn’t much incentive to go through again. Final Fantasy, on the other hand, has been made much more convenient to play, without sacrificing difficulty, and so there is definitely cause to play through the game again, especially since a second playthrough starts unlocking bonus planning art.

Some planning would have been nice for the localization, however. While Final Fantasy was capably done, aside from a few puzzling name changes, the job on Final Fantasy II leaves much to be desired. A lot of dialogue is weak, and numerous errors crop up throughout. It’s strange that so much effort was put into one title (even the poorly named spells have been tweaked around to make more sense in Final Fantasy, and “Here Lies Erdrick” has been changed to “Here Lies Link” in an apparent nod to Square’s new partner in crime) while the second game gets pretty much neglected. 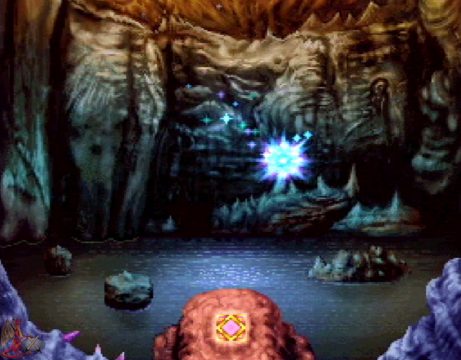 So that’s where the Northern Cave came from…

It’s difficult to peg the originality of a remake, and so it’s usually helpful to consider the extras that come along with it. In this respect, Final Fantasy takes the cake, with a bestiary, item collection log, and art collection that add a great deal to the game. Seeing Amano’s initial illustrations adds a certain something to playing through the game, and the item collection is handy for making sure no important items have been missed. Here, again, Final Fantasy II falls a little short of its counterpart, but for different reasons. This time, it’s because Square opted to include musical accompaniment to both the bestiary and art collection in Final Fantasy II. This, unfortunately, results in load times that really aren’t worth the wait. This makes it much less appealing to flip through the bestiary, and even the art gallery grows a little bit annoying to access.

Even with these mistakes, however, it appears Square has finally figured out the remake game. Final Fantasy Origins is an enjoyable way to play through NES classics “just one more time”, and by releasing the title for an obsolete console, it is also a cost-effective one, especially considering PSX titles can be played on the PS2. In all, Square has done a good job in modernizing its older titles, which makes the poor job it did on FFA and FFC that much more regrettable.