Muteki Corporation returns to the 16-bit era once more with the release of Dragon Fantasy Book II. Following hot on the heels of the PSN release of Book I, which upgraded the first game from eight to sixteen bits, Book II was designed for PSN first with numerous additions to take it slightly further along the retro timeline. Dragon Fantasy Book II does develop on the solid start of Book I, but perhaps not as much as RPGamers may be hoping. That said, it is still a lot of fun to play and provides more than enough entertainment to justify the time it takes to complete.

Book II follows immediately after the events of the previous game, with Ogden, Anders, Woodsman, Ramona, and the pirates on the run. The game doesn’t give any particular overview of previous events, although players won’t miss much by jumping straight in outside of some character background. After the opening chapter, the game goes into a similar format to the first game, with the party split into three separate short adventures before joining up again at the end for the final section of the game. While the plot does build on that of the first game and gets a bit more serious and expansive at times, the story is still pretty light and serves mostly as a purpose of sending players to the next location. It can be easy to forget what players where doing if they leave the game, although the quest journal provides a small hint, and none of the events are going to leave a lasting impression. Fortunately, the amusing references and other bits of humour are still in good supply. The overall lightness and lean more towards the humorous side of things is in the game’s favour and ensures the focus remains more on enjoying the adventure. 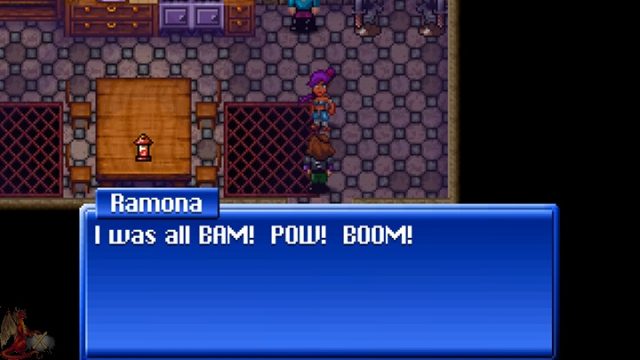 The random battles of the first game have been abandoned for Book II, which instead uses on-screen battles in the vein of Chrono Trigger. This slows things down a touch in comparison, mostly due to waiting for the combatants to move for their attacks, but battles are still quick on the whole and highly enjoyable. Area skills now depend on location, adding an extra dimension to things, even though positioning can’t be manipulated by the player. It is very satisfying to be able to get off a few powerful area skills when multiple enemies have banded closely together.

There are a few areas of minor frustration, however. For one, not being able to adjust position can be a touch annoying against multiple area-attacking enemies in those cases when the party is set in a particularly bunched formation. There are also odd cases where the targeting reticule is replaced by a list of enemies, which seems to occur when the battlefield is particularly crowded. This has the advantage of providing the opponents HP totals, which are not otherwise visible, but makes it very difficult to tactically aim area attacks. In addition, when fighting against a single enemy and players have forgotten which skills affect an area or a single target, the skill descriptions aren’t as good at reminding players as they could be. Thankfully, these frustrations are quite minor and pretty rare, and don’t get in the way of the enjoyment.

Book I‘s monster capturing system makes its return from the outset, allowing players to fill their party during the frequent times the main characters are split apart. These monsters never become comparable to the damage output of the human party members, but they do a good job as meat shields when human members are lacking. Having monsters to act as damage absorbers is often necessary, as it seems most battles are balanced towards having a full party. While this may elicit a sigh initially, encouraging players to capture monsters at these point helps to break up the dungeon crawling aspect a little more and keep it fresh. Even then, there are still a few points that suffer from slight balance issues. Early on, the game feels a bit more challenging due to very low MP totals that inhibit the amount of healing possible, which is often required after each battle. The low MP total also somewhat discourages using skills for the opening sections, although it gets a lot better as characters’ totals increase and restoring items can be more readily stocked up on. This actually goes both ways in the end, as a few enemies towards the latter part of the game also suffer from low MP totals that run out too quickly and make the second half of the fights almost trivial.

The few ship battles in the game, which require players to search the ship for the series’ mascot rock creatures to use as ammo, are enjoyable and a nice change of pace from the usual dungeons. Thankfully, the game chooses not to be over reliant on these sections, using them sparing to ensure they don’t become stale. Meanwhile, the dungeons are very enjoyable to explore and a particular high point the game. Layouts are all nicely varied with plenty of paths to explore, and for the most part perfectly judged in terms of length. 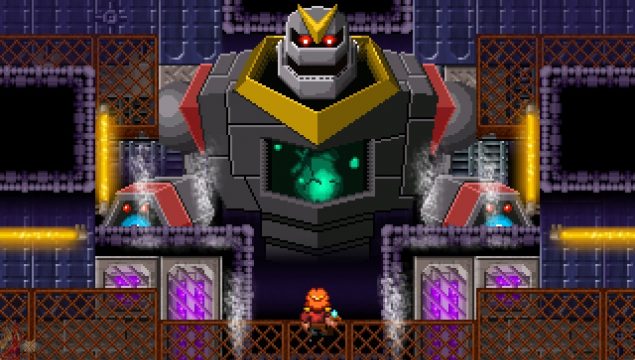 Keeping in theme with the always consistent technology levels found in RPGs.

The game includes a quest log and plenty of sidequests to fill it up. Unfortunately, the quest log is almost useless for actually keeping track of things as it leaves out key details. The sidequests themselves are also uninteresting; forcing players to go out of their way and not granting particularly satisfying rewards for the most part, which makes the whole system easier to just ignore from the beginning. Other systems also feel present simply for the sake of it, particularly crafting, which doesn’t really add anything and can be completely ignored without an issue. The rudimentary equipment system provides some welcome depth to the battle system, although using items and changing equipment manually can be a pain. Thankfully, equipment can be optimised with a simple selection and the automatic sort option puts usable items to the top of the list. There were a few technical issues at the time of writing, the most noticeable being a slow down while the game auto-saved between changing screens, although a patch has been released that has alleviated this issue plus others.

Visuals keep to the 16-bit era, but they are still a good enhancement on those in the PSN release of Book I. Improvements in backgrounds and locations are on the more subtle side, but the character sprites have taken a big leap forward and have much more life to them. Book II‘s music is enjoyable to listen to and a very welcome upgrade from the previous game’s chiptune tracks, evoking the feeling of older JRPGs very well, but doesn’t stick around in the memory long once the game is switched off.

Dragon Fantasy Book II is still a lot of fun. Dungeons are highly enjoyable to explore and the new battle system is very strong despite its few flaws. However, it doesn’t upgrade Book I as much as it might’ve done. A lot of this could be attributed to the time spent upgrading the first game for its sixteen-bit PSN version, and the quick speed that Book II followed it out. Muteki has left itself with a product that isn’t entirely polished, but still another very solid base on which to build.