Corruption 2029 was something of a surprise from developer The Bearded Ladies, as it was first announced just a few weeks prior to release. The developer’s previous game Mutant Year Zero: Road to Eden was released in 2018, and its DLC the summer of 2019, which made the announcement even more surprising given the short time between these releases. The quick development for Corruption 2029 can perhaps be explained by how much it seems to borrow from Mutant Year Zero in terms of both gameplay and visuals, but it falls short in almost every way in comparison.

Corruption 2029 is set in a near-future post-apocalypse where the US is ravaged by a violent civil war, and has splintered into two factions, the UCA. and the NAC. The player controls three soldiers who are nearly identical to each other, with the only differences being their names, helmets, and that one of them comes equipped with a silenced rifle, while the other two have assault rifles. There are some threadbare story and setting bits between missions, and you enemies talking to each other, which further adds to the setting and mood, but there is no real overarching plot worthy of mention. 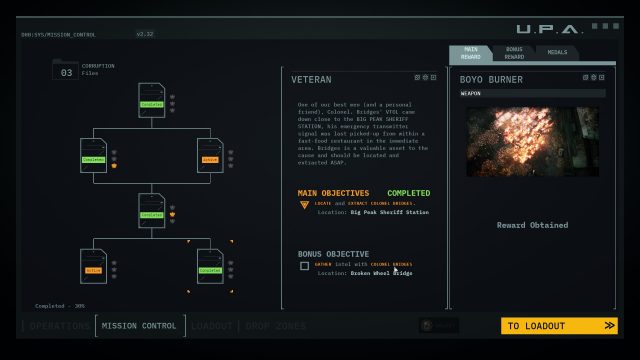 The game has three acts, with six missions in each, though one only has to complete four of them to finish an act and move to the next. Each mission grants a reward, and potentially a bonus upon fulfilling an extra objective. These rewards come in the form of new weapons or augments that can be equipped on a character, and each character can equip up to two weapons and three augments. These augments come in a variety of passive and active skills, such as a higher critical chance, increased weapon range, or special attacks that can stun enemies for a turn or break their armor. Perhaps the best part of Corruption 2029 is trying out a newly earned weapon or skill. However, this is tempered some by the game’s focus on stealth kills which put an emphasis on silenced weapons and performing critical shots with them, leaving other weapons and skills underutilized. There are also three hidden medals that can be earned per mission, which act as another form of achievements. Many of them have to be completed by going back and replaying missions at a later time after unlocking certain weapons or skills, which rarely feels worth the effort.

Those who have played Mutant Year Zero will feel right at home with the combat structure and tactical options in Corruption 2029. Characters move around in real-time, where two of the characters follow whichever character the player is actively controlling. If combat is triggered, the game will switch to a turn-based tactical mode. A quick click of the mouse will put the team in stealth mode, which is how the player will be spending most of their time with the game. The characters will scout the map in stealth so as not to provoke the enemy by staying out of their circles of detection. Only the active character can be spotted, and if you make a character hide up against cover with another mouse click prompt, they will be undetectable even inside a roaming enemy’s detection zone. 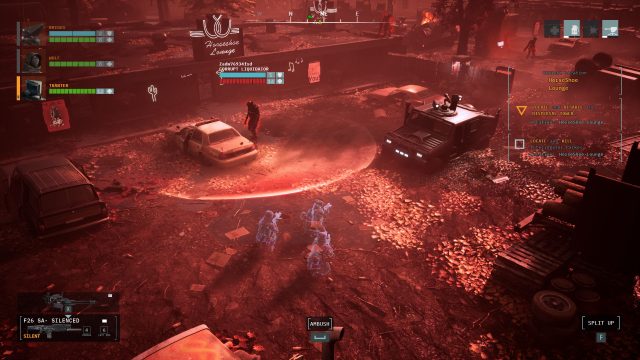 The best tactical objective is to try to pick off the weaker or more isolated enemies on the map, lest all enemies become aware of the team’s presence and quickly overwhelm them. Accomplishing this can be aided further by use of distractions that can be interacted with on the map, which will cause some enemies to temporarily separate from each other. The team then has to kill the engaged enemy in the first tactical turn with silenced weapons before they can alert their teammates, or find some way to disable or stun the enemy past the first turn. Enemies with lower max health can be easily dispatched with a couple silenced shots, but stronger enemies require the use of skills or critical hits to disable them. The team also has access to medkits, grenades, planted explosives, and hacking of turrets. These can be found scattered in the mission maps, and are very powerful, however the weapons are very loud and are most often used when stealth is no longer an option.

Developing a strategy to separate and take down the enemies can be satisfying when pulled off, however, this game mechanic quickly gets old and frustrating. Silently killing an enemy feels inconsistent as it seems like it arbitrarily triggers an enemy alert if another is in the vicinity, and other times it doesn’t. This causes the player to try new stategies to take down enemies in a game of trial and error that leads to far too much saving and reloading. Mission objectives vary between the straightforward kill all enemies, extract a prisoner, or access a terminal, with later missions merging some of these together to make them multi-part missions.

Corruption 2029 has just seven maps used across all three acts with only some slight variations in the last act. Players will see some maps, such as a bridge and a hotel, many times. This repetition exacerbates some of the main issues with the game; once players have completed the first few missions, they’ve seen the majority of what the game has to offer. The tactics are basically the same throughout, mixed up slightly by a few new weapons and skills. The mission objectives repeat, with later missions only changing by stringing two missions together as one, and these are all performed on the same maps seen over and over. The enemies are also all very similar and, with only a few exceptions, are mainly differentiated by their weapon and amount of health. The game slogs on by the midpoint, or even earlier, with very little story or character growth besides newly-earned skills or weapons to incentivize the player to keep going. 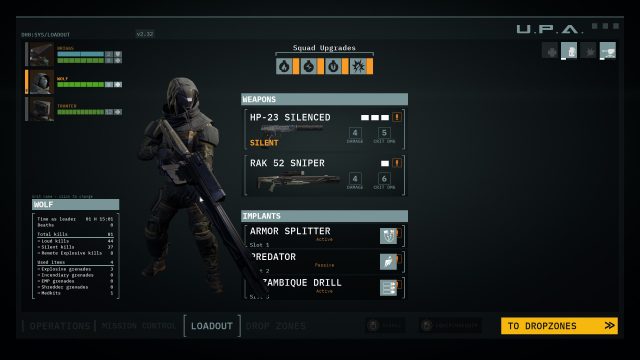 The visuals and environments are a bright spot for the game, especially for a budget title. The developers did a good job with the post-war dystopian set pieces. The lighting and environments elicit the despair and desolation the world has devolved into. Animations are smooth and weapon effects are solid if unspectacular. One could argue the environments could use some more variation, as the maps look very similar to each other, but perhaps this was a conscious design decision aimed at setting the mood of the world. The game could also use more variation in enemy and character models, as they almost all could pass for each other with a quick glance.

On the audio side, the music is unmemorable, but goes well enough as a background ambience. Sound effects are on the mild side; more could’ve been done to give the weapon effects a bit more violence and potency. Voice-acting is well done in the intermission plot and enemy dialogue or radio bits overheard in missions.

Overall, Corruption 2029 will mainly appeal to the hardcore fans of Mutant Year Zero or those tactics fans desperate for a new game. This game feels like a watered-down Mutant Year Zero without the plot and charm. Depth is lacking as mission objectives, enemies, and maps are put on repeat, and the tactical stealth gameplay mechanic constantly acts to slow down completing mission objectives by slowly sneaking around and waiting to pick off enemies. There are some foundations of a good game here, but the characters could be better fleshed out, and the game could offer more incentive for the player to keep progressing in the form of a more compelling plot, more character growth, and more varied missions and mechanics.